The royal family is known collectively as just that; but individually, each royal has their own title. The way the titles are assigned depends on a few factors, but most titles represent some form of land ownership. With so many royals, does the family have to recycle titles? 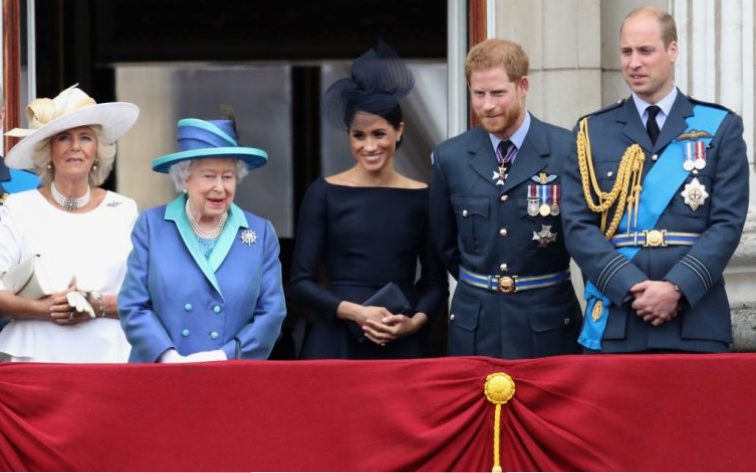 Royal titles are assigned either by the monarch or at birth

When a royal is given a title, the title is decided by a few things. First, if the person is born into royalty, they’ll automatically receive a title (if their parents sought one for them). When Prince Charles was born, he immediately gained the title of prince because he was the son of the queen. But other titles, such as duke and duchess, are assigned by the monarch. Duke and duchess are high titles given only to very important royals. This explains why the queen named Philip, Charles, Will, and Harry dukes and made all of the wives duchesses. The queen ultimately decides who is granted which title.

When the queen grants someone to be a duke, there is an area of the Commonwealth associated with it. Will and Kate’s official titles are Prince William and Catherine Middleton, Duke and Duchess of Cambridge. The “of Cambridge” means that they’re the sovereign rulers of the English city of Cambridge. They essentially “rule” the land the same way the queen “rules” all of the British commonwealths. Harry and Meghan were given the titles of Duke and Duchess of Sussex, which means they have sovereign rule of the Southeast English county.

Over time, royal titles do tend to be recycled

Royal titles aren’t only used once. Since the British territory is only so large, it’d be nearly impossible to never use a royal title once it’s been given. However, the titles aren’t recycled very frequently. The first Duke of Cambridge title was given back in 1664 to James Stuart, who was the second son of the Duke of York. Over the next 200 years, the title was granted an additional four times. However, when the last Duke of Cambridge (Prince George, grandson of King George III) died in 1904, the title went extinct. It wasn’t revived until more than 100 years later, when Queen Elizabeth granted the title to Will and Kate.

Prince Harry was also not the first Duke of Sussex

The title of Duke of Sussex has been less common through the years than Duke of Cambridge, but it has also been recycled. The title was first given to Prince Augustus Frederick, the ninth child of King George III, back in 1801. However, it was never given again until Prince Harry wed Meghan Markle in 2018. 175 years passed between the time Augustus died and the time Harry was granted the title. Meghan, on the other hand, is actually the first-ever Duchess of Sussex. Augustus’ wives were never granted the title of duchess because Augustus never asked the monarch for permission to marry them. As a result, no woman ever held the title before Meghan.