Few people this side of the Atlantic Ocean know how to pronounce his name. But that hasn’t stopped him from starring in pretty much every awesome movie in the last 12 months. In fact, Domhnall Gleeson has accomplished a rare feat in Hollywood — he’s managed to build a career full of high-profile films without truly becoming a household name. Another huge accomplishment? He starred in both the highest-grossing film of 2015 and two of the films nominated for Best Picture at this year’s Academy Awards. To say he had a good year would be an understatement.

But this 32-year-old Ireland native’s success isn’t a fluke. The son of character actor Brendan Gleeson, he’s built up a solid resume over the past few years. He has an impressive theatrical resume and starred in popular British television shows like Your Bad Self and The Last Furlong. And he’s snagged impressive supporting roles in the Harry Potter franchise and the Coen Brothers’ True Grit. Here are five key performances that made Star Wars: The Force Awakens‘s Domhnall Gleeson one of the most exciting and impressive actors in Hollywood. 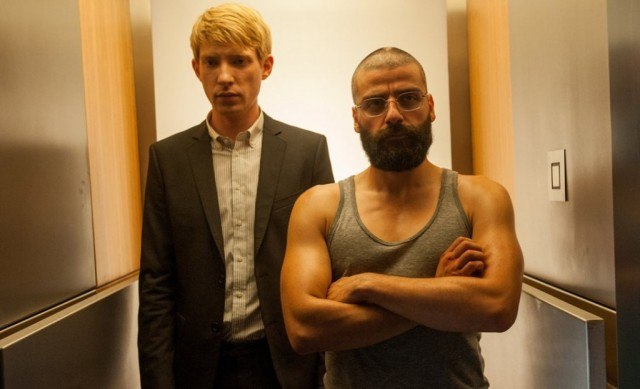 Ex Machina was one of the surprise hits of 2015. And though it was buoyed by an exceptional script and masterful direction by Alex Garland, the sci-fi thriller would have been nothing without its cast. Oscar Isaac and Alicia Vikander have earned their fair share of kudos for their performances as the brilliant Blue Book CEO Nathan and his incredible AI, Ava. But Domhnall Gleeson’s understated performance as Caleb, the programmer who wins a chance to spend a week at Nathan’s compound, is just as vital to the film’s success.

Gleeson’s Caleb is in many ways a prop in his own story. He stumbles through Ex Machina, uncomfortable and insecure — always looking as though he doesn’t quite fit into the world he’s found himself in. He’s eager to please and hesitant to follow his instincts. And we know all of these things about him, despite the fact that he never openly reveals much of anything about himself to Nathan or Ava. This is all thanks to Gleeson’s remarkably restrained performance, which makes Caleb — by no means a flawless man, but one who is used and thrown away — the collateral damage in Ex Machina‘s Turing test. 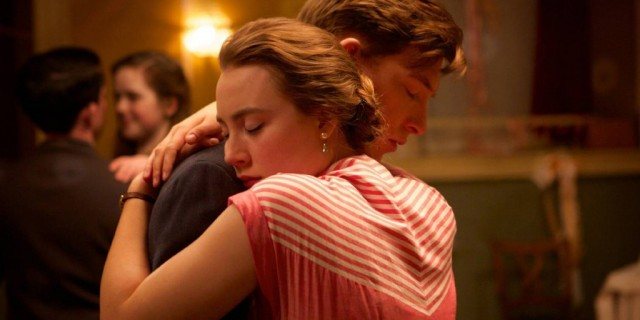 It’s easy to forget that Domhnall Gleeson starred in this poignantly nostalgic period drama last year, since his other films received a lot more attention. But that doesn’t mean his performance in Brooklyn isn’t worth noting. The film follows Ellis Lacey (Oscar nominee Saoirse Ronan), an Irish immigrant who finds herself torn between her new life in New York and the potential for love back home. Gleeson’s portrayal of Jim, her Irish beau, is impressively nuanced — especially given his limited time on screen. By the time we meet him, it’s difficult to imagine Ellis falling for anyone but her Brooklyn-based husband, Tony (Emory Cohen). But Gleeson’s Jim is so quietly charming and sincere, that it’s easy to understand Ellis’s struggle. 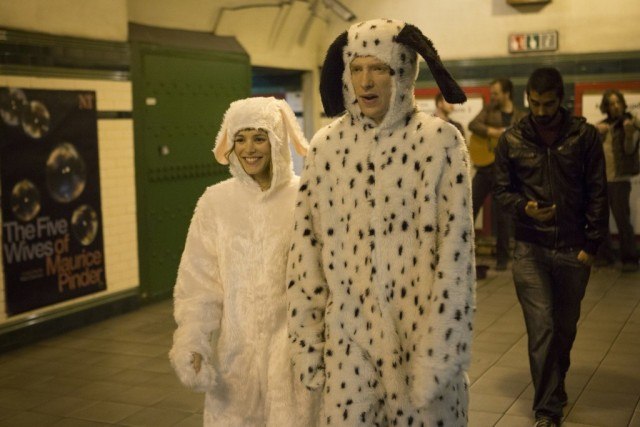 Domhnall Gleeson has endeared himself to audiences with his quirky and often understated presence — so in some ways, it seems surprising that he would make an effective lead in a romantic comedy. But he more than met the challenge in Richard Curtis’s underrated About Time. Gleeson plays Tim, a young Brit who learned from his father (Bill Nighy) that he’s inherited a familial talent for time travel. He uses his skills to learn how to win over Mary (Rachel McAdams), but learns that there are some parts of life that even his special gifts can’t change. Gleeson nails his performance as Tim — he’s bumbling but never so much that you believe he can’t succeed; he’s romantic, but not so much that it feels unrealistic. And the result is a romance-driven film that not only not insufferable, but completely entertaining. 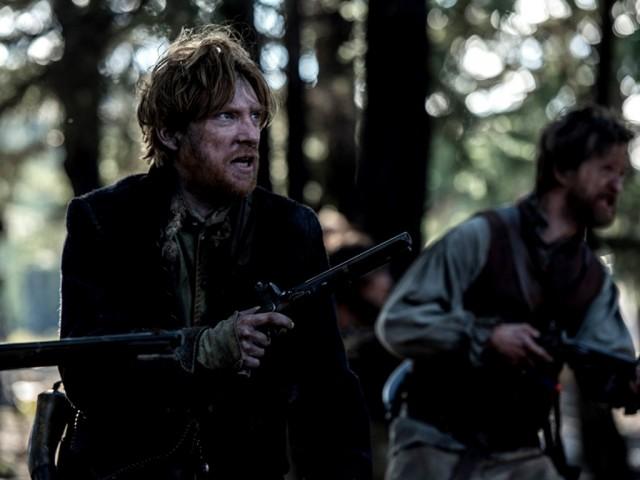 Let’s be real: The Revenant is ultimately The Leonardo DiCaprio show. But many of the film’s supporting actors also deserve praise for their performances in this bleak and riveting drama. Domhnall Gleeson plays Captain Andrew Henry, the leader of the trapping party at the center of the film’s first act. And though he appears in few scenes in the film, he manages to communicate his character’s intense commitment to not only his own survival, but that of his men. So many of the characters in The Revenant are morally ambiguous at best — so Gleeson’s Henry feels almost like a moral compass. And whether he’s commanding his group in the midst of an attack or sitting quietly and taking in a devastating loss, we always believe he’s doing what he believes to be right.

Black Mirror is one of the most inventive and often disturbing series ever to come out of Britain. The sci-fi anthology is Twilight Zone-esque in its examination of the perils of modern technology. And never were the consequences of relying on new-age advances more obvious than in the episode “Be Right Back.” It follows Martha (Agent Carter‘s Haley Atwell), a young woman struggling through grief after her boyfriend, Ash (Domhnall Gleeson) dies unexpectedly. She turns to a new service that brings loved ones back to life via automated phone calls — and, eventually, artificial real-life recreations. Gleeson is pitch perfect in his portrayal of Ash, who we see both before and after his “reincarnation,” because he shows us with tremendous subtlety the differences between human and other. His artificial Ash looks and sounds the same as the man Martha loved, but there’s a stiffness and purity about him that just feels wrong. And though we barely knew him, by episode’s end we, too, long for the real Ash.