These Are the Donald Trump References That Were Cut from ‘Kingsman: The Golden Circle’

In an interview with Entertainment Weekly, Vaughn said that The Golden Circle was going to have two references to Donald Trump. The first came when Julianne Moore’s character, Poppy Adams, said that she wanted to become the host of The Apprentice. Presumably, this would have been during the scene in the movie when Poppy is talking about how she wants to be famous but can’t because she is the head of a drug cartel and has to hide away from society.

The second Trump reference wasn’t actually a piece of dialogue, but Matthew Vaughn said that originally, the Oval Office in the movie was designed to look like the inside of Trump Tower, completely decked out in gold. Vaughn said that they were playing with this idea back in May 2016, when it was assumed that Trump would lose the election.

“I remember saying to my American production designer, ‘Trump might win, you know? Would this be as funny if Trump won?'” Vaughn said. “And he was like, ‘Trump will never win.’ And I said, ‘You know what, I have a weird feeling he might. So let’s build a normal Oval Office and scrap the Trump version.’ I think my instinct was right. If you go too far — if movies get political when they’re meant to be fun — then it weighs everything down a bit too much.” 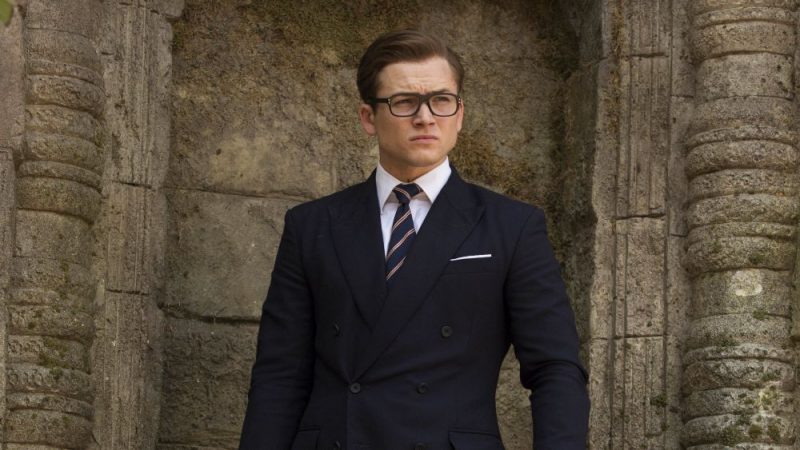 Vaughn noted that he took out the line about The Apprentice for a similar reason: he wanted the movie to serve as an escape, and reminding the audience of real-world politics would make it less fun.

“We actually took out the Apprentice line because we felt it was too close to the bone,” he said. “I think America’s going through a pretty interesting and rough ride at the moment and I wanted this movie to be escapism. And that means not suddenly have half the audience going, ‘That’s not cool, that’s not funny!’ as the other half is cheering.”

The first Kingsman did bring in real-world politics by showing someone who clearly resembled President Barack Obama making a deal with a supervillain to kill millions of people; in the climax of the film, the president’s head explodes on screen. Matthew Vaughn later said that this was not supposed to be an attack on Obama and that the president in the movie was meant to be a different person who just happened to look a lot like Obama.

Aside from the reasons Matthew Vaughn gives, it was probably a wise move to remove the Donald Trump references from the movie if only because they would have been confusing. The fact that a fictional character is the U.S. president in the Kingsman universe suggests that it exists in a different reality than our own, but referencing Donald Trump brings us back into the real world. Then again, it could have simply been explained that in this universe, Trump never decided to run for president, or he ran against Bruce Greenwood’s character and lost. 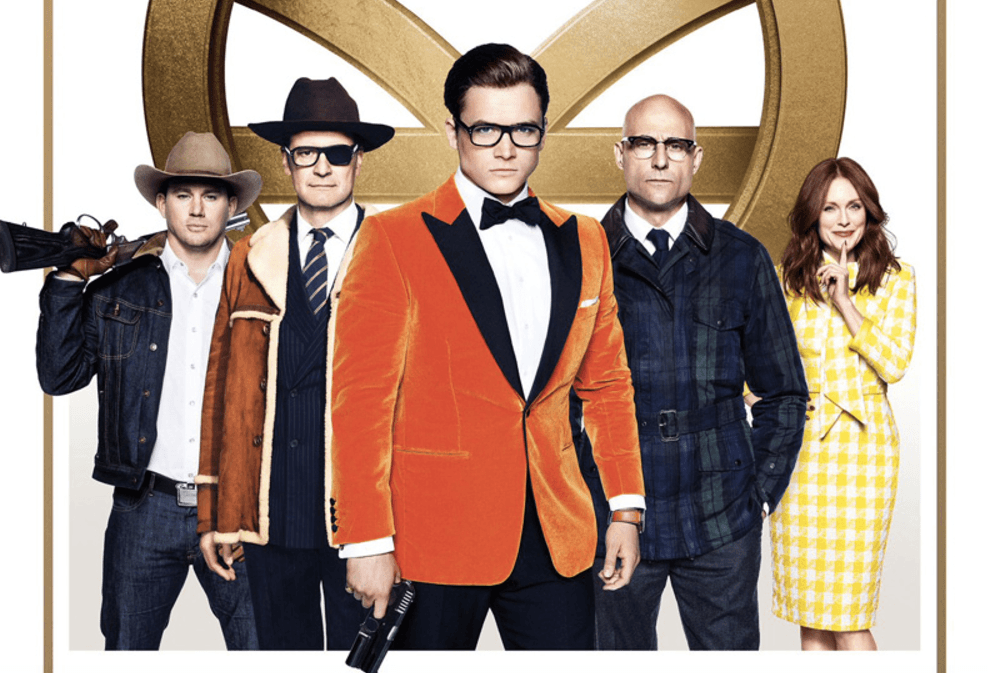 The poster for Kingsman: The Golden Circle. | 20th Century Fox

Even though there are no explicit references to Donald Trump in Kingsman: The Golden Circle, many have interpreted a key plot point to be a criticism of the Trump Administration. But Matthew Vaughn told The USA Today that any parallels between Donald Trump and the president in The Golden Circle are a coincidence. This makes sense, as the majority of the spy sequel was shot before the 2016 election, and the script would have been completed before it was thought that Donald Trump had a chance of winning the Republican presidential nomination let alone the presidency itself. Vaughn also told The USA Today that he didn’t want people’s enjoyment of the movie to be influenced by his own political beliefs.