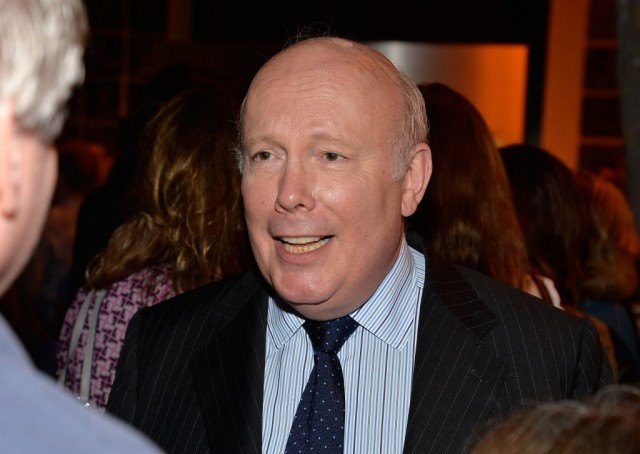 Downton Abbey is set to come to an end after Season 6, but that doesn’t mean series creator Julian Fellowes is done exploring past eras on the small screen. In addition to working on the popular show’s final season, the showrunner has two new period dramas in the works, ITV’s Doctor Thorne and NBC’s The Gilded Age.

Announced earlier this month, Fellowes will adapt Anthony Trollope’s 1858 novel Doctor Thorne for British network ITV (also the original home of Downton Abbey). The book, which is the third in Trollope’s Chronicles of Barsetshire series, is set in the fictional picturesque English village of Greshamsbury. It chronicles the story of Mary Thorne, the niece of the titular village doctor, and her troublesome romantic relationship with Frank Gresham, the only son and heir of the squire of Greshamsbury.

Per The Hollywood Reporter, ITV plans to turn the novel into a three-part drama. Fellowes, who is a longtime devotee of Trollopes and cites the 19th-century English novelist as one of his most significant influences, will pen the script. “[I] could not be more delighted,” the showrunner said of working on the adaptation. Hat Trick Productions, the company that’s previously worked on shows like Episodes and Whose Line is It Anyway?, has signed on to produce the project.

Filming on the drama is reportedly expected to begin later this year. As of now, the series is only set to air overseas. But should it perform well, there’s a chance it may also get picked up for a Stateside airing, as PBS has done with Downton throughout its run.

Doctor Thorne isn’t the only historically themed show Fellowes has underway. He’s also working on NBC’s upcoming drama series The Gilded Age, which has previously been described as the American version of Downton.

Set in New York in the late 1800s, The Gilded Age will follow the lives of the so-called “Robber Barons” of the time period, including families such as the Rockefellers, Carnegies, Astors, and Morgans. The upper-crust families will navigate a period that was caught up in rising social trends and technological change.

The show was first announced several years ago, in 2012. But with Fellowes busy writing and overseeing every episode of Downton, the project was put on the back burner until he had more time to devote to it. Fellowes recommitted to the series earlier this year, just a couple of months before it was officially announced that Downton’s sixth season would also be its last.

The development of both projects should come as good news to longtime Downton fans, who may already be wondering how they’ll fill the void of the popular PBS and ITV drama. Fellowes has helped shape Downton into one of the most successful and widely watched television drama shows in the world, and with him at the wheel, both Doctor Thorne and The Gilded Age have the potential become big hits as well.

The latter will likely be especially appealing to Downton fans, not only because it shares a show creator and boats a similar historical theme, but because Fellowes has previously hinted that it may potentially feature some favorite Downton characters, like Violet Crawley, in their younger years.

Both projects are relatively early on in the development process, and no premiere date for either Doctor Thorne or The Gilded Age has been set just yet. In the meantime, Fellowes will continue to oversee Downton Abbey’s final season, expected to air on PBS sometime in 2016.