The brand-new reboot of the classic tale has just landed in theaters, and for many, watching Mary Poppins Returns is like reuniting with an old friend. The original film was released in 1964 starring Julie Andrews and Dick Van Dyke, and while generations have grown up with the funny, sentimental movie, the buzz for the latest installment was huge. The pressure was on Emily Blunt, an acclaimed British actress, to both create something new while paying homage to a movie that has stood the test of time. 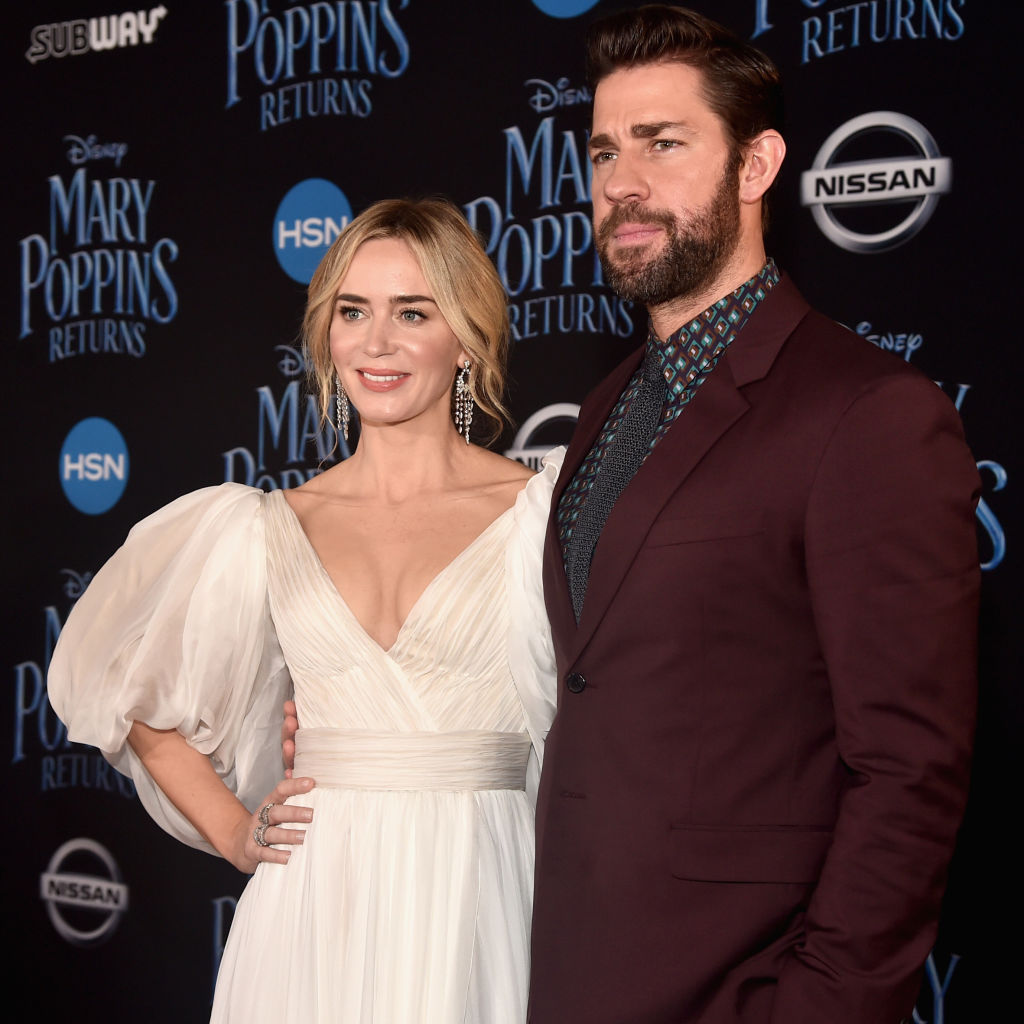 Born in 1983, Emily Blunt started acting early in life and sharpened her skills with on-stage roles, such as playing Juliet in a British festival production of Romeo and Juliet. In the early 2000s, Hollywood came knocking on her door, and she scored her breakthrough role in 2006’s The Devil Wears Prada, playing Meryl’s Streep’s sharp-tongued assistant.

Following her success in The Devil Wears Prada, she appeared in The Edge of Tomorrow, Sicario, The Quiet Place, with husband John Krasinski, and the thriller The Girl on the Train. Blunt has established a reputation for being versatile, funny, and up for anything from action to slapstick comedy. Her net worth is around $16 million, and she is quickly becoming one of the most bankable actresses in the world. Her role in Mary Poppins Returns is likely to catapult her to another level entirely, as she can now add “Disney star” to her resume.

What did Emily Blunt say about starring in ‘Mary Poppins Returns’?

Long before the film was released, there were lots of news stories about every aspect of the reboot. Fans and reporters speculated on whether or not Julie Andrews (the original Mary Poppins) would be returning for a cameo appearance. And while Andrews decided not to appear in the film, out of respect for Blunt, the new movie does boast cameos from Dick Van Dyke, who played Bert the chimney sweep in the original, as well as Angela Lansbury, well known as a Disney icon in her own right.

Emily Blunt was well aware of the expectations riding on her performance as Mary Poppins. Recently she spoke with CNN about her own unique approach to the character. Blunt points out that instead of copying what Julie Andrews did in the original film, she wanted to keep her incarnation of the sassy British nanny a bit closer to the way she was written in the source material, the novels by P.L. Travers. In the novels, as Blunt states, Mary Poppins was a rather more eccentric character than how she was portrayed in the 1964 film, with an edge and an air of profoundness to her. Emily Blunt explores those facets of the beloved nanny on screen.

How does Blunt’s family enjoy her performance?

Go behind the scenes of #MaryPoppinsReturns and see how “Trip A Little Light Fantastic” came to life.

Blunt is married to actor/director John Krasinski, a well-respected personality in his own right. Krasinski loved his wife’s performance in Mary Poppins Returns so much, that he broke down in tears at the screening he attended and said that the movie is “pure joy,” something everyone needs around the holidays.

Apparently, Blunt and Krasinski’s two young daughters also had very definite reactions to seeing their mother in Mary Poppins Returns. In her interview with CNN, Blunt says that their four-year-old daughter, Hazel, was spellbound by the film, while the two-year-old was far too busy to sit still long enough to really digest what was happening.

With critics and audiences alike responding well to Mary Poppins Returns, and a roster of exciting new films on the horizon for 2019, including Jungle Cruise with Dwayne ‘The Rock’ Johnson, Blunt’s star is shining brighter than ever.