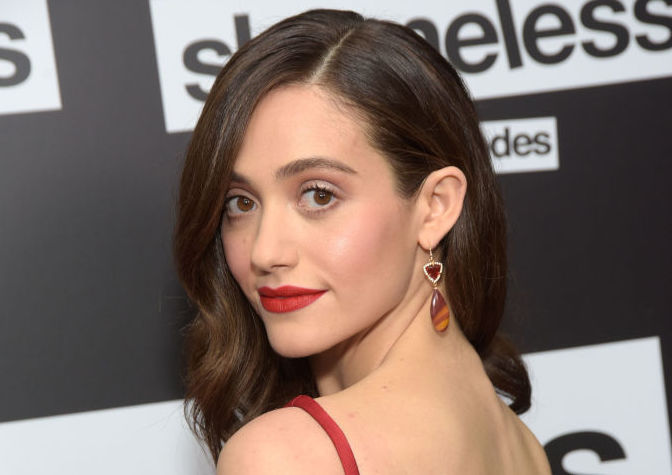 Emmy Rossum has been a certified celebrity for years, but she took that to another level by playing Fiona Gallagher on Shameless. Showtime’s cult-favorite show is coming up on its ninth season, with Rossum leading the pack as the matriarch of her out-of-control family. Despite her major success, she announced in August 2018 that she’d be leaving the show for good.

Here’s everything we know about Rossum’s net worth, how much she makes per episode of Shameless, and why she’s saying goodbye to her beloved character.

Rossum’s net worth is $12 million

Overall, Rossum has an impressive net worth of $12 million, according to Celebrity Net Worth. While she’s been known for her role in Shameless since 2011, she has plenty of other impressive titles under her belt. In 1997, she got her start on TV in an episode of Law & Order. After scoring a few more roles, she landed a part in the 2003 Clint Eastwood film, Mystic River.

In 2004, Rossum appeared in The Day After Tomorrow, and even starred as Christine in The Phantom of the Opera the same year.

In August 2017, Variety reported that Rossum is making $350,000 per episode of Shameless. This wasn’t always the case, however, as she notoriously negotiated for higher pay the year before. Considering Rossum is the star of the show, she demanded a higher paycheck than her co-star, William H. Macy.

Her fight for equal pay halted the production of Season 8, but once the situation was resolved, Rossum excitedly announced her continuation with the show. ‘Playing Fiona Gallagher has been one of the great privileges of my life,” she tweeted. “I’m so happy to continue w my SHAMELESS family! Back to work in May!”

Rossum went on to further explain how much her equal pay victory meant in the larger scope:

I understand that when it did kind of leak out, it was part of a larger conversation and that’s important. It just as easily could not have worked out and not be a happy ending. We’ve seen that happen with a couple other people’s negotiations. It is a complicated issue. But my heart is with the show, I wanted to keep making the show. I love the show. I love Bill Macy, I love [showrunner] John Wells, I love my network. They’ve given me the opportunity to direct, to create this incredible, fascinated, multi layered character for eight years.

She announced she’d be leaving Shameless after Season 9

Although Rossum has proven true dedication to her part in Shameless, she’s officially decided it’s time to say goodbye. On Aug. 30, 2018, she announced on social media that she’d be leaving the show after Season 9:

See, in real life, unlike Fiona, I’m an only child. I never had a big family. Being ensconced in that messy Gallagher family love is something I’d always dreamed of. But even off set, it feels real. We’ve watched the kids grow up into the strong, talented, independent human beings that they are. I taught Emma to shave her legs. I was there when Ethan learned to drive. Shanola and Jeremy and Joan and Bill danced at my wedding in New York last year. Our fearless leader John Wells thankfully held Sam and me up on those rickety chairs during the hora. I’ve spent the Jewish holy days in temple with David Nevins and his wonderful wife and kids. It really feels like a family.

It’s a hard thing to put into words, feelings. But I’m going to try. Link in bio.

Shameless will likely continue without her

Without Fiona Gallagher, can Shameless really go on? According to Rossum’s announcement, it seems likely. She shared in her social media post, “I can say for certain that this cast and crew, who I’ve been truly honored to work alongside, are world class.”

She continued, “I know you will continue on without me, for now. There is much more Gallagher story to be told. I will always be rooting for my family. Try not to think of me as gone, just think of me as moving down the block.”