‘Empire’: What this Groundbreaking Show Did For Musical TV

No one could have predicted the massive success of FOX’s Empire before it became the smash hit it is today. In just its first season, it became the most-watched show on network TV. It grew its audience every week it hit the airwaves, evolving into a full-blown pop-culture phenomenon. All it took was a brief 12-episode run before Empire became almost universally beloved by both audiences and critics alike. So how did one show endear itself to us all so quickly?

Musical TV has been defined by shows like Glee and Nashville in recent years. Both are/were shows geared directly toward white audiences, with frequent musical interludes punctuating virtually every story beat. Empire though completely broke the mold. Suddenly we had a show made for black audiences, digging deep into hip-hop culture and all it entails. More than that though, it’s an insanely compelling character drama that shows us just how fast money and fame can corrupt even the purest of hearts. Simply put, it changed the game for musical television.

Glee showed us the rousing world of high school a capella music, and Nashville provided us with a detailed look at the inner-workings for the country music industry. Never before though have we really seen the hip-hop industry on television to this extent. All the flash, ego, and incredible music is dramatized and packaged into one story about the rise and ruin of a family within the industry. It’s an unprecedented peek behind the curtain, utilizing the music less out of obligation like Glee, and more to actually move the story along.

The music itself varies from the sort of mainstream stuff you can hear on the radio, to powerful, incredibly-written ballads that put the musical talent of the cast on display for us all to see. More than anything, it reminds us that not every hit song churned out by a record label carries artistic value. On a show like Glee, every song is amazing and perfect. Empire revels in its own imperfections, and even uses them its advantage.

Empire is dripping with Shakespearean drama

Empire is a show that doesn’t try to hide its more Shakespearean elements. Each episode is even named for a quote from the Bard himself, with titles like “Out, Damned Spot” (Macbeth) and “Unto the Breach” (Henry V). Beyond that, the scheming of each character feels like it pulled straight from the pages of a play, sharing elements of King Lear, Macbeth, Hamlet, and plenty of others. It’s ambitious to say the least, blending elements of Shakespeare with modern hip-hop culture.

That seamless combination is what made Empire the second most-watched show on TV behind The Walking Dead. It takes considerable skill to effortlessly bring those two key elements together. There are even times when you almost expect the characters on screen to start speaking in iambic pentameter. With each twist and turn, the drama feels less like a soap opera and more like it borrowed from your favorite Shakespeare play. 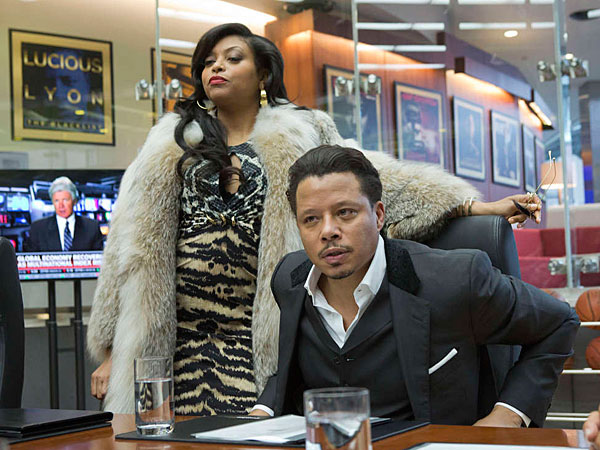 A show is only as good as its lead actors, and Empire‘s are some kind of amazing. For Howard’s role, he delivers a chilling and sometimes terrifying performance as the patriarch of his family, Lucious Lyon. Lyon is ruthless, cold, and willing to do anything to further the musical empire he’s built, even if it’s at the expense of the ones closest to him. Howard conveys this all through some award-worthy work, completely stealing the room every time he enters.

On the other side of the spectrum, we have the vibrant Cookie Lyon, played to perfection by Taraji P. Henson. Cookie at her core is unfettered, bursting into rooms and announcing her presence in style, whether she was invited or not. She’s defined less by her intellect and scheming (that’s more Lucious’s territory) and more by her heart and soul, making her the emotional center of Empire. Without either Henson or Howard, the show wouldn’t be anything near what it is today.

In all, Empire is what musical television should be: Compelling, addictive, and well-written. Season 2 kicks off in just two months, for an extended 18-episode run that we imagine will continue to expand its already huge audience.