Every Moment That Made Fans Hate ‘Grey’s Anatomy’

Grey’s Anatomy first appeared on our TV screens (way) more than a decade ago. It’s given us moments of unimaginable joy, and excruciating heartbreak. And through it all, we’ve kept watching. At least, some of us have.

For other fans, all the drama eventually became too much to handle. Here, in chronological order, are all the moments that made fans turn away from Grey’s Anatomy for good — including some ridiculous marital discord (page 6) and a shocking departure (page 10). 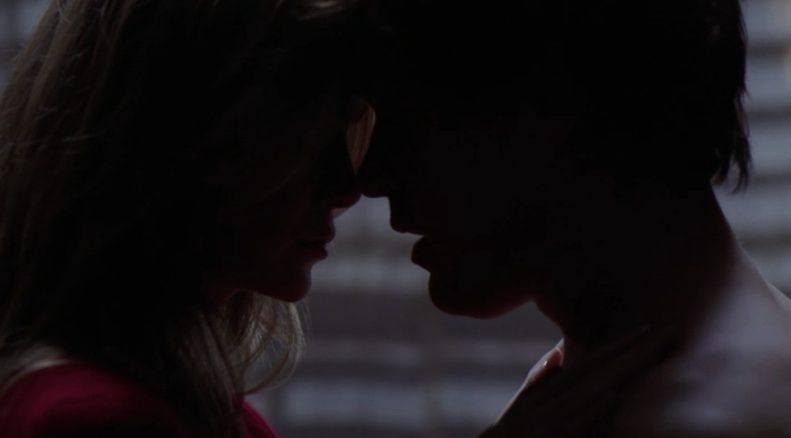 It’s hard not to cringe just remembering this scene. | ABC

In Season 2, Meredith Grey kinda went off the deep end after Derek “McDreamy” Shepherd chose his wife over her. And we get it — that’s a big blow. But she rebounded in the worst way imaginable when she decided to sleep with her housemate and best friend George O’Malley.

Ultimately, it was that the whole tryst made Meredith look like a hot mess and a bad friend. It felt like a cheap way to amp up the drama on the series, which wasn’t lacking for it by any means.

Next: The twists and turns in this affair were too hard to keep track of. 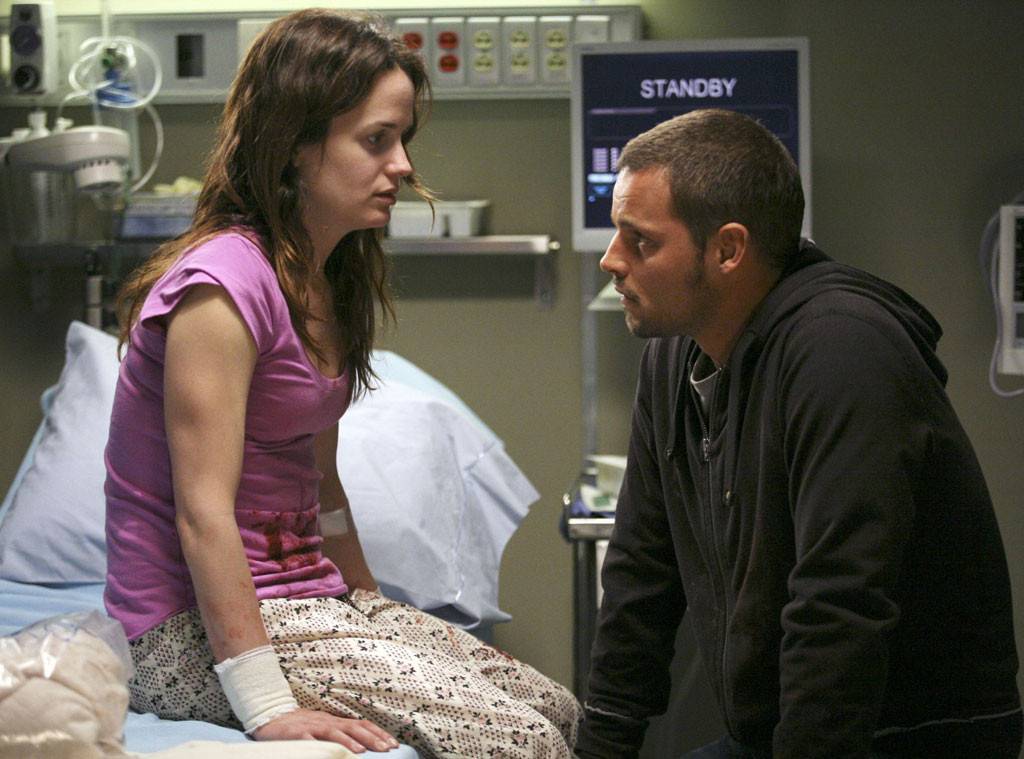 Since the first episode of Grey’s Anatomy, Alex Karev has had a roller coaster love life. But it reached a true low point in Season 3 when he met Ava, a victim of a Seattle ferry crash who developed amnesia.

At first, their burgeoning romance actually seemed like it was good for Alex. And it made for some pretty compelling drama. We eventually learned that she was actually Rebecca Pope. And after she left Seattle Grace to return to her family, she returned to tell Alex she loved him. Then, she told him she was pregnant with his baby. Then, she tried to kill herself.

Their relationship ended with Rebecca being carted away to a psychiatric facility and Alex certainly the worse for wear. It felt both way too drawn out and incredibly abrupt. And fans were left wondering what the point of making her such a significant character and putting Alex through all that misery was if they were never going to follow up on what happened to her. 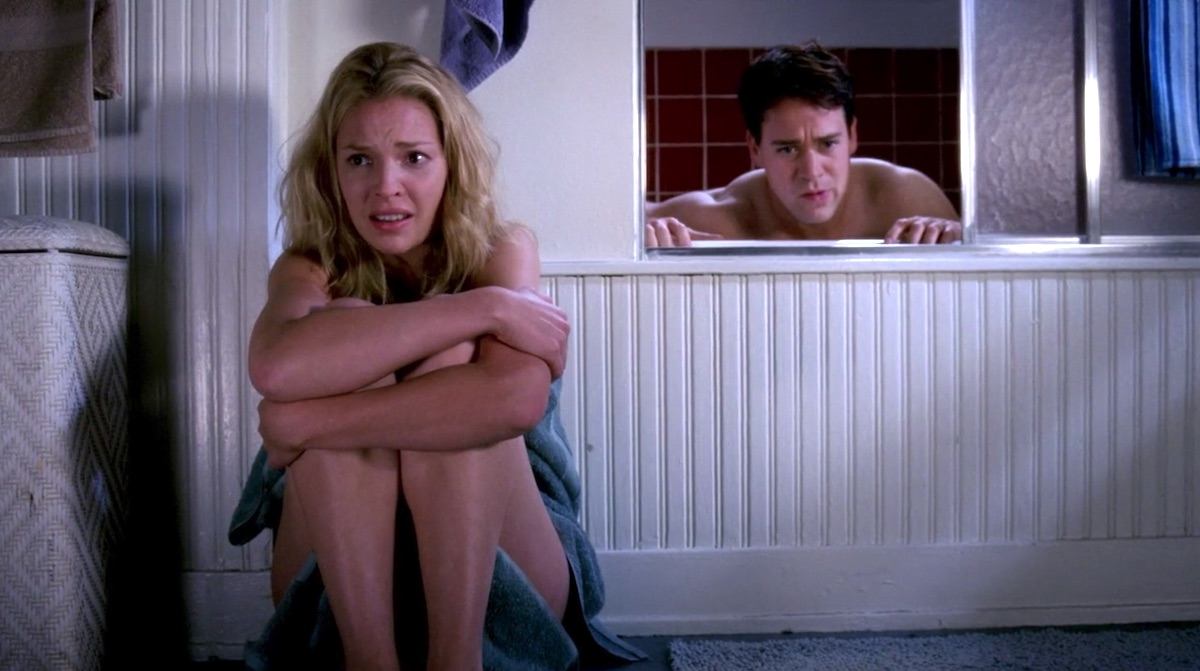 It was clear to the audience that Izzie and George were never meant to be. | ABC

Early on, one of the best things about Grey’s Anatomy was the funny, sweet, supportive friendships between the original five interns. Over time, their relationships evolved and became more complicated and complex.

But nothing was as awful and damaging as George and Izzie’s affair in Seasons 3 and 4. They were the best of friends, so their first drunken hookup was traumatic enough for fans. Then, they randomly decided they were in love for, like, a week in Season 4. But realized before too long that they weren’t (we could have told them that if they weren’t fictional characters).

George and Izzie’s romance was wrong on so many levels, not the least of which was that it was the impetus for George and Callie’s divorce. After all, it’s hard to root for characters who cheat on their spouses, even if it is all for the drama.

Next: This tragic love story’s last twist was too weird. 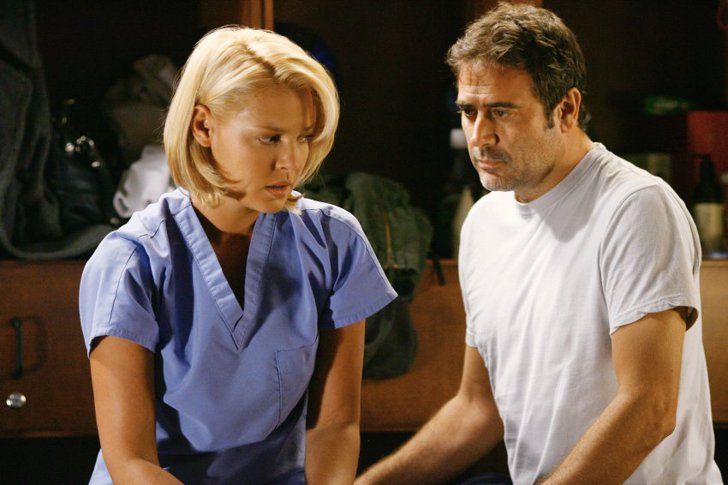 Why did they have to ruin a beautiful relationship with ghost sex? | ABC

Izzie Stevens’ relationship with Denny Duquette was one of the most surprising and touching early-Grey’s romances. When he died after his heart surgery, it was awful. But then, in Season 5, she started to see hallucinations of Denny around the hospital and at home.

And for reasons we still don’t understand, she decided the best way to deal with the ghostly version of Denny was to have sex with him.It was one of the weirder Grey’s moments. Izzie’s obsession with her visions of Denny didn’t do much to endear the increasingly erratic Izzie to fans.

Plus, bringing Denny back just to have him get freaky felt like an insult to Denny’s legacy — albeit a very Grey’s Anatomy thing to do.

Next: We’d already had enough of death and disaster when this happened. 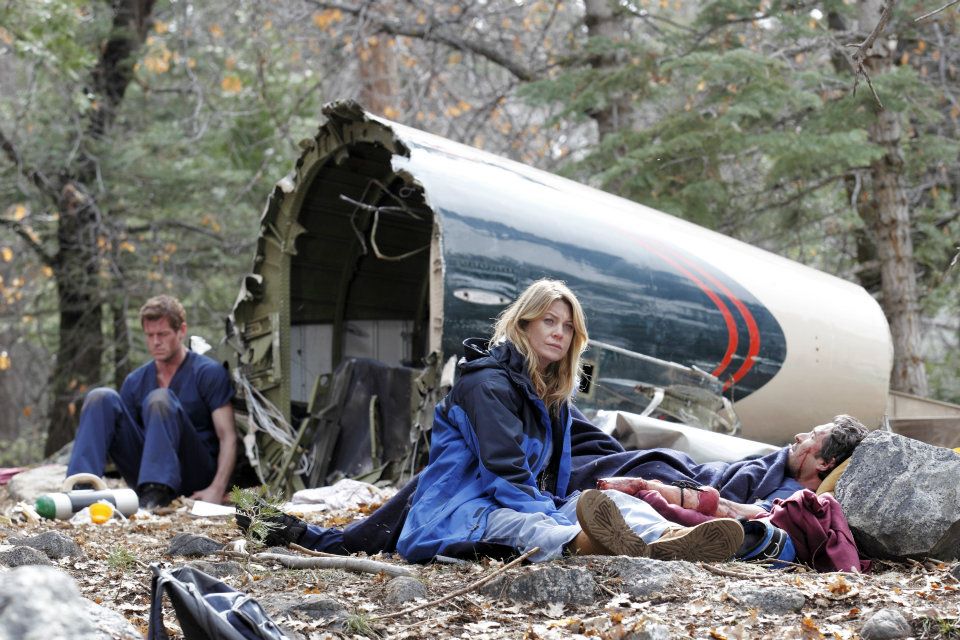 The repercussions of this event were felt for years afterward. | ABC

In Season 8, Grey’s Anatomy had already earned a reputation for showcasing some pretty wild disasters. From train crashes and bombs to a mass shooter, these dramatic events led to major drama and big character deaths.

So fans were kind of dubious when the plane carrying several main characters just happened to crash in the Season 8 finale. The traumatic accident took the lives of Mark Sloane and Lexie Grey (and led to Arizona having her leg amputated).

Sure, it was significant to the plot. But it left fans rolling their eyes, wondering what else could possibly go wrong for Grey’s main characters (spoiler alert: it was a lot).

Next: Speaking of infidelity, this heartbreaking plot was just too much. 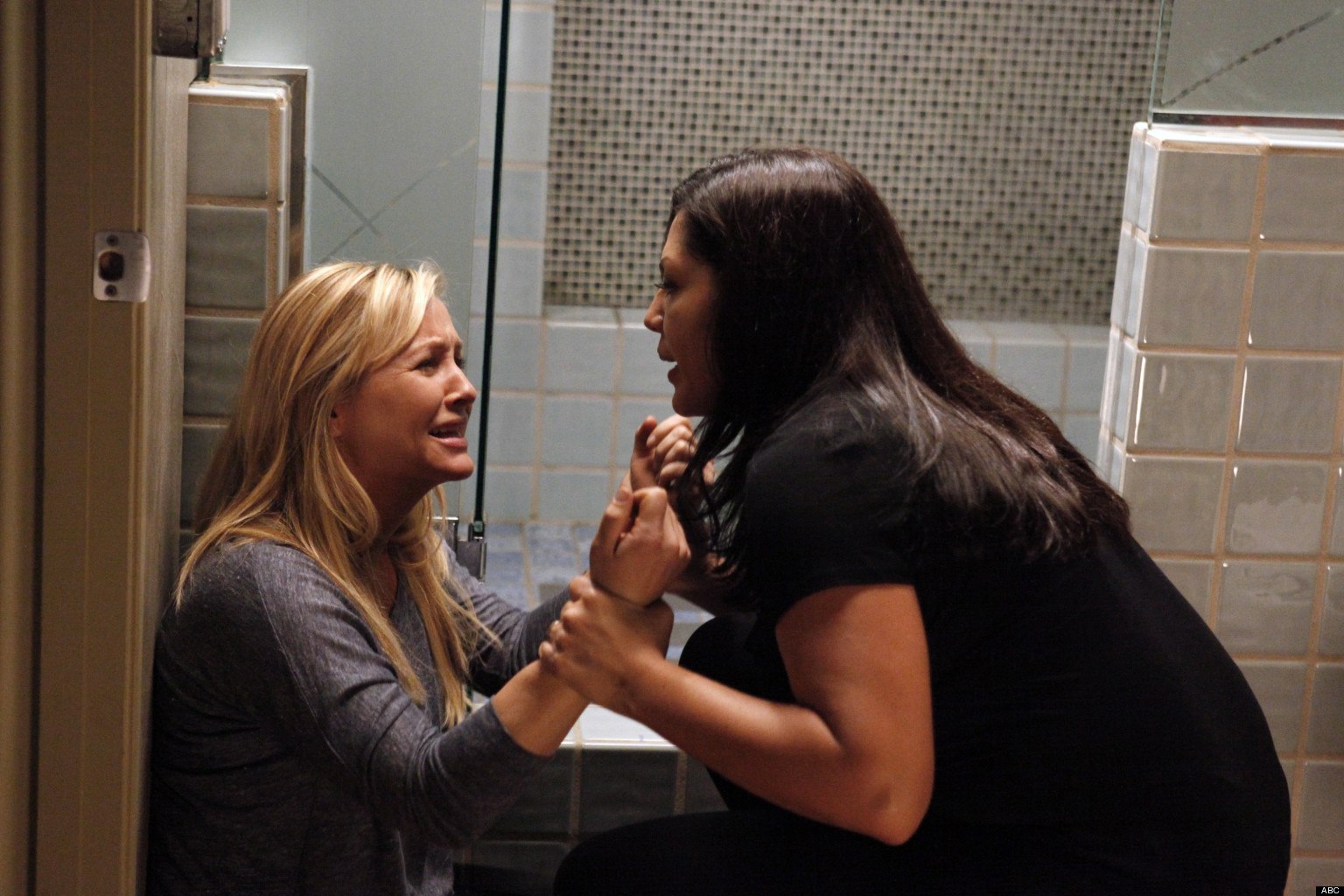 Yes, they had their problems, but there was no excuse for Arizona’s actions. | ABC

Grey’s Anatomy fans could maybe forgive George for cheating on Callie Torres because it freed her up to fall in love with Arizona Robbins.

For years, their relationship became something that fans could hold up as an awesome example of a positive, romantic lesbian relationship on TV. Then, in Season 9, the unimaginable happened. Arizona cheated on Callie with Dr. Lauren, and our hearts collectively shattered into a bajillion pieces.

And then, we wondered, “What the heck? Why?!” Even with all the drama happening with Arizona at the time, her infidelity just didn’t make sense.

Next: The way this character was written off just didn’t do her justice. 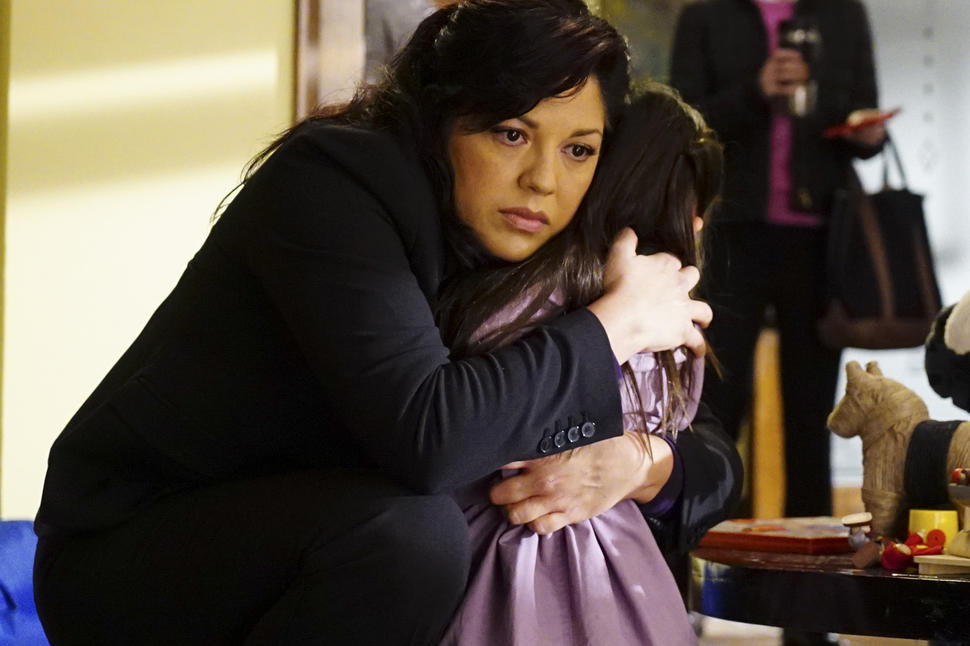 It was hard to see this beloved character leave the show so abruptly. | ABC

Even though Callie didn’t appear until Season 2 of Grey’s Anatomy, she always felt like one of the series’ most essential characters. So that’s why it was so shocking — and disappointing — when we learned she was leaving at the end of Season 12.

Callie’s departure had more to do with Sara Ramirez’s desire to take a break from the series than anything else. But it was still hard to swallow, especially her last few episodes included a pretty bitter custody battle with Arizona.

In the end, Callie moved to New York, and most fans expect to never hear from her again. At least she didn’t die?

Next: Okay, maybe we jinxed ourselves with that one. 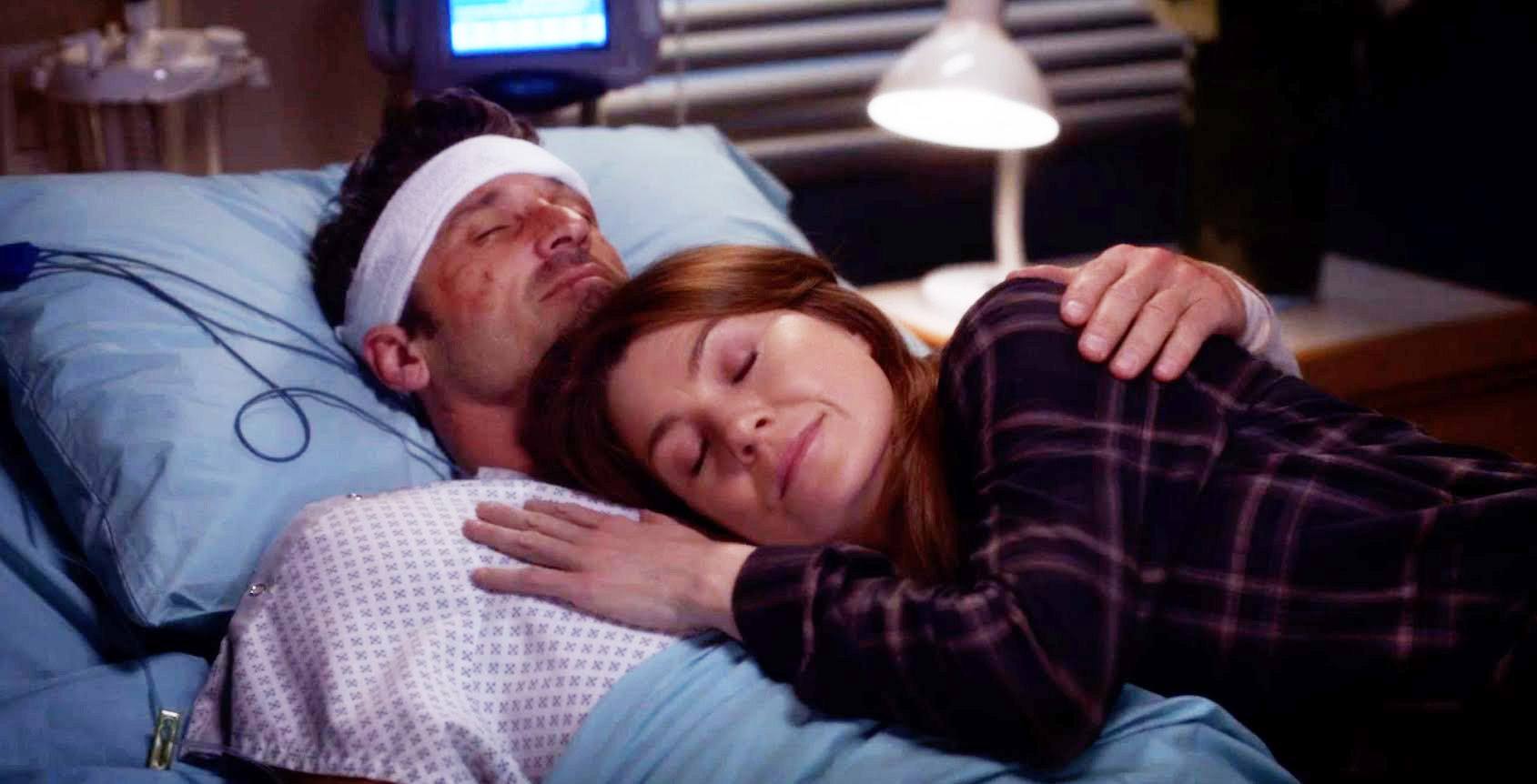 A cruel twist of fate took his life. | ABC

By the time the end of Season 11 rolled around, a lot of main characters had left Grey’s Anatomy. For some (like Christina and Izzie), it felt right, even though it was sad.

But for Derek Shepherd to just be taken out by a road rage accident just felt wrong. Sure, maybe Grey’s was trying to say something about the impermanence of life and how important it is to love while we’re here.

Still, the lesson felt cruel: for Derek, who still had so much to do; for Meredith, who had already been through so much. And for fans, who’d invested years in the ups and downs of their love affair.

Next: Meredith’s familial and romantic relationships got too entangled this time.

9. The love triangle no one asked for

It felt like the point of all of this was just to doom Meredith to be unlucky in love once again. | ABC

It was bad enough when Grey’s introduced Lexie 2.0, Maggie Pierce, in Season 10. As Meredith’s newest previously unknown half-sister, she came to Grey Sloane Memorial and annoyed a whole lot of people (characters and fans alike).

But in Season 12, when she and Meredith became embroiled in a brief love triangle with Nathan Riggs, it was just way too much. There’s Grey’s Anatomy drama, and then there’s drama that’s even too much for your average Thursday night. And finding out your crush is sleeping with your sister definitely falls into the latter category.

Next: This may have been the moment Grey’s truly jumped the shark.

10. When they announced April and Arizona were leaving 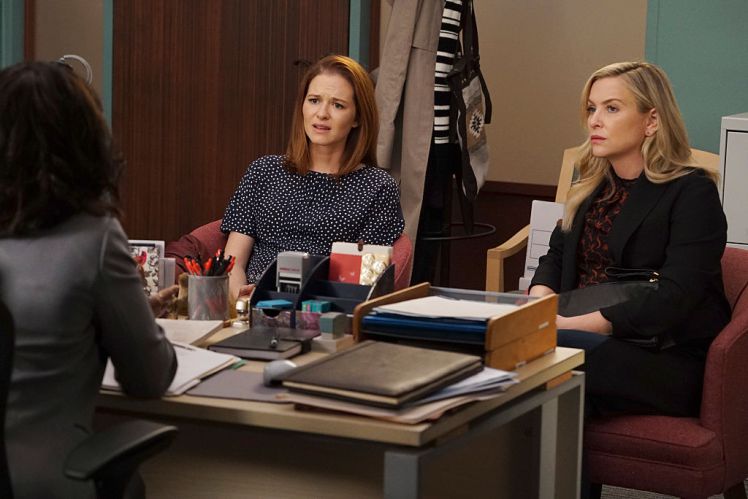 April and Arizona have been a major part of the heart of the show. | ABC

These days, Grey’s Anatomy has been struggling to keep fans engaged. Sure, there have been some great moments – but by and large, it just doesn’t have the same draw it used to. The absolute worst way for the series to deal with that lag, it seems, would be to remove two of its most well-known characters. But that’s exactly what they announced they were doing early in 2018.

April Kempner and Arizona’s departure from Grey’s at the end of Season 14 sent fans into a rage spiral before it even happened. And it didn’t help that the actresses who play them, Sarah Drew and Jessica Capshaw, apparently didn’t have a say in the matter.

Ellen Pompeo even came to the series’ defense after fan outrage spread across the internet. But it’s hard to say how many fans will still be left by the time Grey’s turns off the lights for good. Especially if it keeps taking away its most beloved characters.