Every Time ‘The Walking Dead’ Really Pissed Fans Off

Whether it’s messing with storylines from the comics, or killing off characters we couldn’t bear to say goodbye to, it’s brought fans to the brink on several occasions. Here are all the times The Walking Dead has managed to piss its fans off.

1. When they fired Frank Darabont 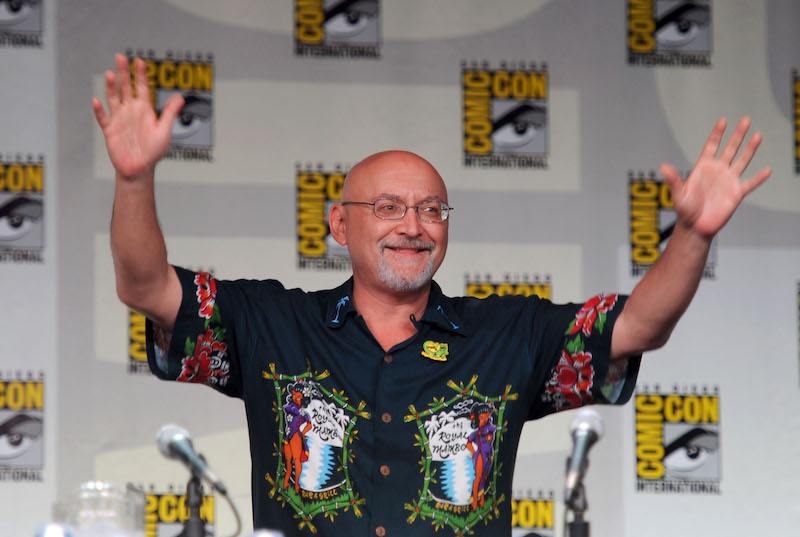 The Walking Dead was a surprise hit when it premiered on AMC in 2010. And much of the praise for the series’ first season fell to the series’ showrunner, Frank Darabont.

Best known for Stephen King adaptations like The Mist and The Shawshank Redemption, Darabont brought a level of gravitas and professionalism that helped The Walking Dead strike a strong balance between great horror and great character development.

Then, early in Season 2, AMC announced they’d parted ways with Darabont and placed Glen Mazzara at the helm. Fans weren’t happy (neither, reportedly, was the cast or crew), especially when conflicting accounts emerged as to why he was fired.

In fans’ eyes, it made no sense for Darabont to be gone since he’d done so well with the first season. And a lackluster second season seemed to prove that fan frustration was justified.

2. When they made Andrea unbearable 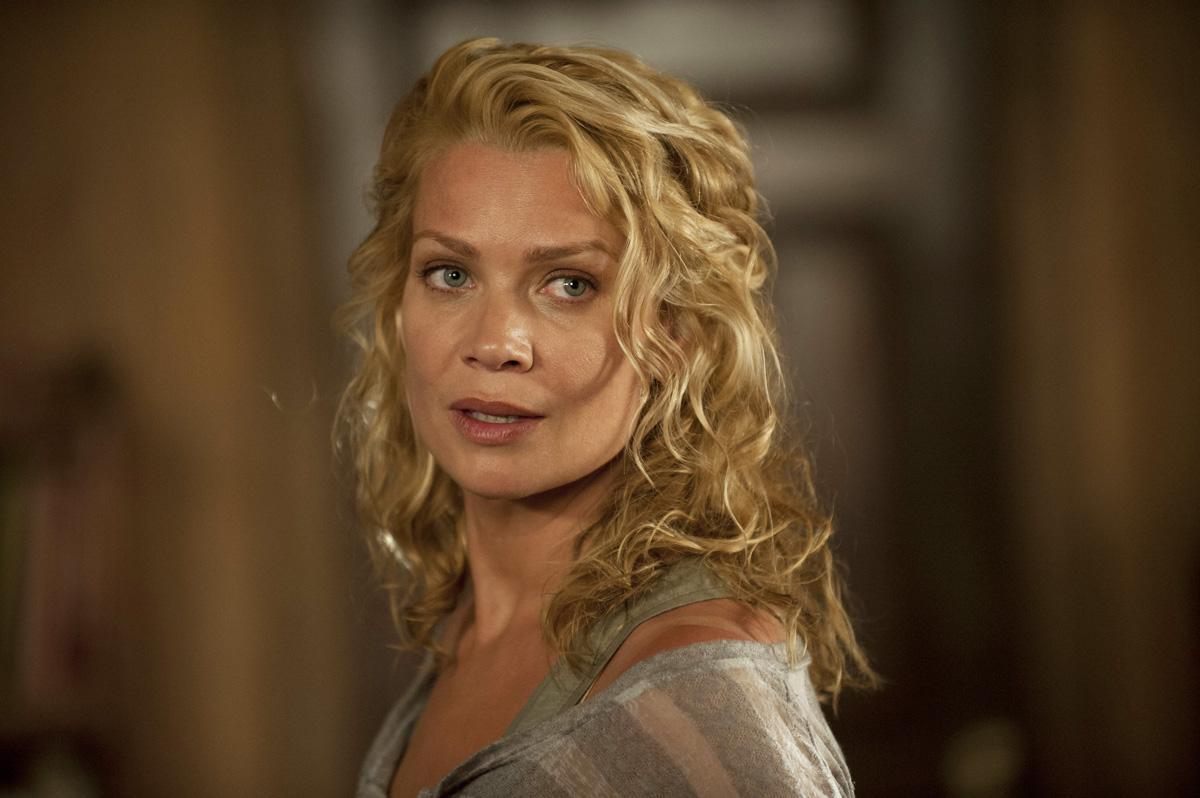 For fans that were familiar with Robert Kirkman’s Walking Dead comics, the frustration around how some characters were portrayed on TV was immense. Take Andrea, who is a fan-favorite character for many comic readers.

In Kirkman’s original series, she’s tough, kind, and remains a key ally (and love interest) for Rick. In AMC’s adaptation, Andrea spent a bulk of her time making truly horrific decisions. She allied herself with the obviously unstable Shane, and then shacked up with the evil Governor. And all the time, it seemed, she was working against her friends.

Fans weren’t shy about expressing their annoyance and disappointment in how Andrea’s story played out on screen. And when she was killed off in Season 3, many fans were actually relieved.

Next: This disgusting power play rattled fans in Season 3.

3. When the Governor almost raped Maggie 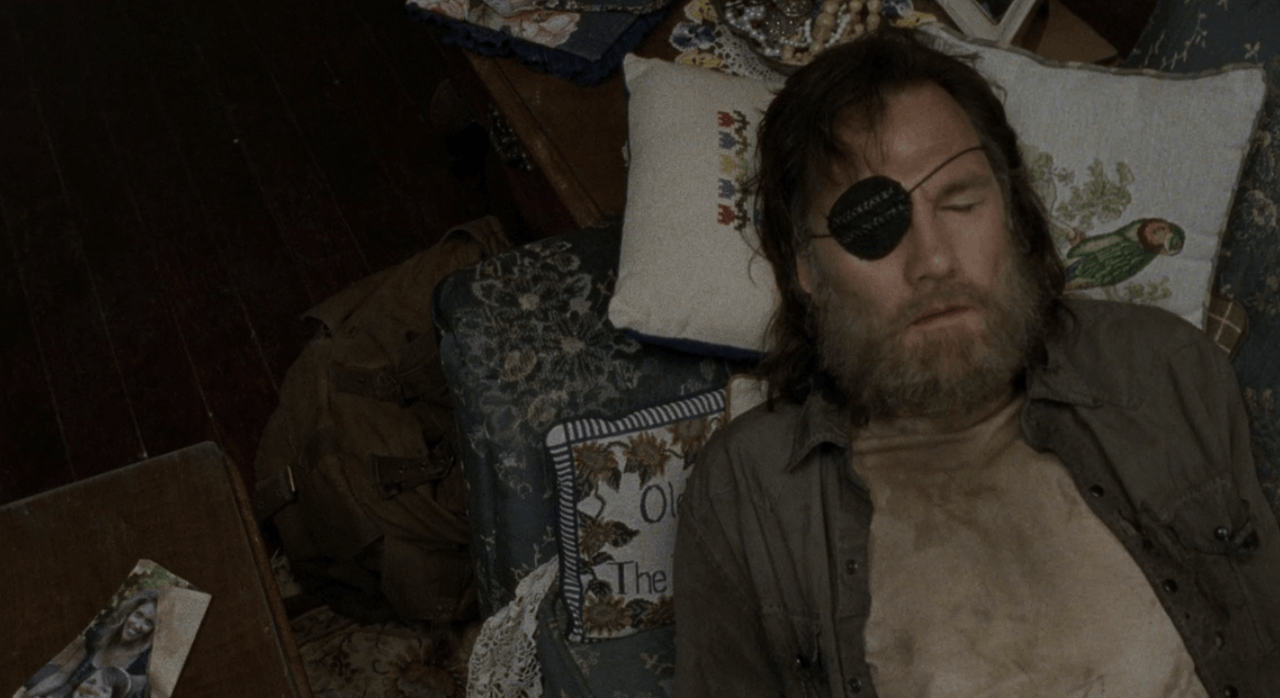 Some of The Governor’s storyline was hard to watch. | AMC

The Governor was The Walking Dead’s first true big bad. He had many memorable moments — and one, in particular, we wish we could forget.

In the Season 3 episode, “When the Dead Come Knocking,” the Governor tortures Maggie for information. And in doing so, he forces her to remove her shirt before pushing her down onto a table and standing behind her.

The threat of rape hung heavy in the scene, and made viewers intensely uncomfortable. And some were angry, because they felt that The Walking Dead was trying to make Maggie’s near-rape a “shock and awe” moment for fans.

Next: This terrible tragedy took way too long to play out.

4. When they waited all that time for Sophia (and she was dead) 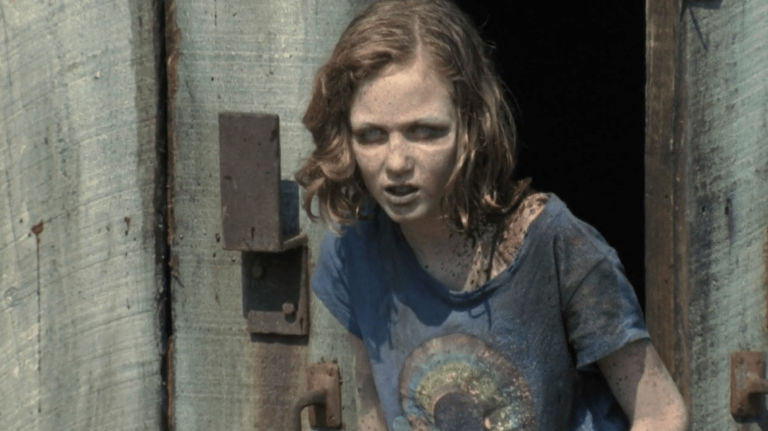 In the first episode of Season 2, Sophia — Carol’s sweet preteen daughter — went missing. It sent a shockwave through the characters and The Walking Dead fans alike.

Rick’s gang kicked around Hershel’s farm, and scoured the perimeter looking for Sophia (for seven episodes). And then, in the closing moments of the midseason finale, we learned she’d died and turned into a walker, and had been in Hershel’s barn (for seven whole episodes).

It was horrifying to see the young character in such a state. But it was also frustrating, because we felt like we’d been strung along with the hope that Sophia would be safe.

Next: The Walking Dead’s controversial method of killing its characters didn’t go unnoticed.

5. When they kept killing all the black characters 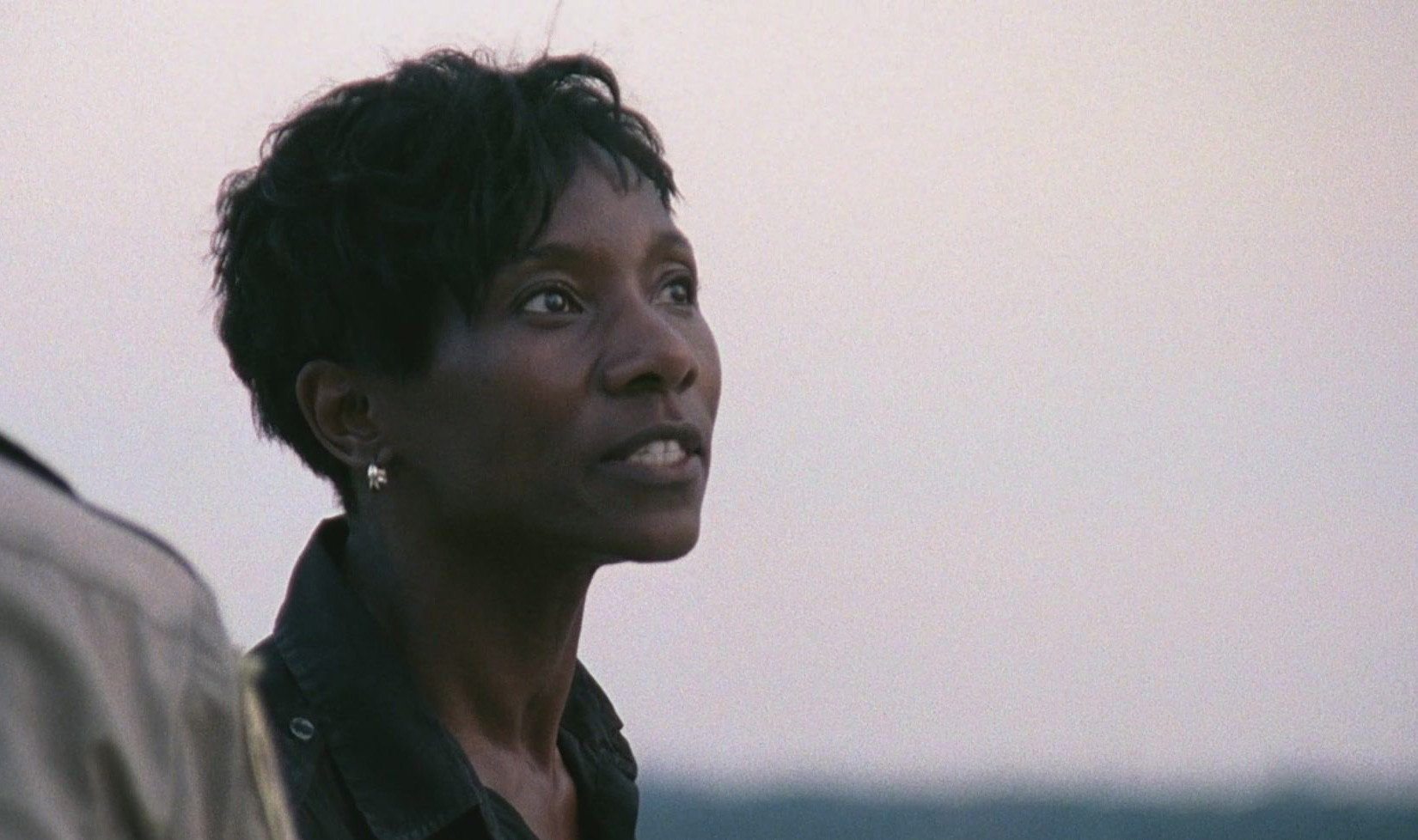 Jacqui’s death was just one of many that stirred up controversy. | AMC

The Walking Dead fans know that their favorite character could go at any time. But for a while there, it seemed like the only characters that were getting killed off all shared one key characteristic: their skin color.

There was poor Jacqui in Season 1. Then, T-dog (who even commented on his precarious survival, given the color of his skin) bit the dust in Season 3. Several supporting black characters, like Big Tiny in the prison and Paul in Woodbury, were introduced only to be rapidly killed off.

In Season 5, we lost Bob, Tyreese, and Noah in quick succession. And fans began to make note that the series was quick to kill off its black characters in comparison to others. An executive producer on the show, Gale Anne Hurd, even had to publicly refute the claims in 2015.

Next: We lost our appetite when this Season 4 and 5 story happened.

6. When they wasted all that time on Terminus 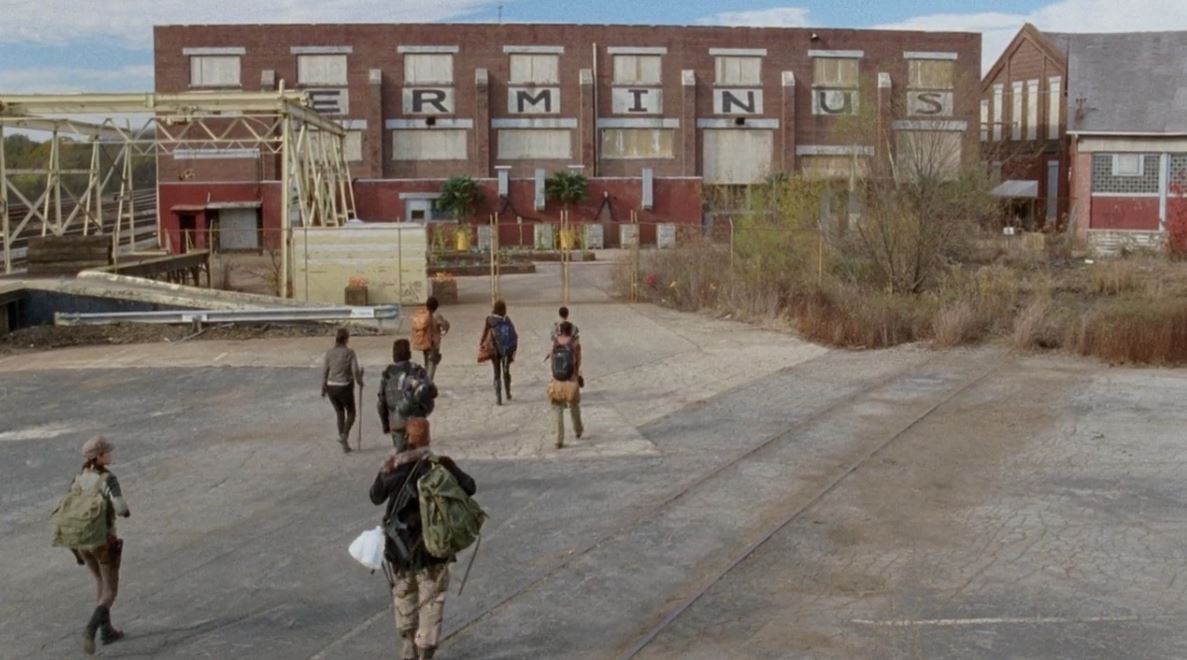 The show spent way too much time on Terminus. | AMC

The last half of Season 4 found Rick and his friends making their way toward a safe haven called Terminus. And, to be honest, it was kind-of boring (let’s just say they really put the ‘walking’ in The Walking Dead).

Fans expected big things when the group finally convened. And they got them — because it turned out Terminus was a cannibal camp. Season 4 ended on a cliffhanger, and Season 5 started with a bang as the group fought for their survival.

But, ultimately, the Terminus storyline was wrapped up three episodes into Season 5. And all that build up — all that walking — felt pretty anticlimactic.

Next: The Walking Dead forgot the spoiler alert when this awful death occurred.

7. When they killed Beth (and immediately spoiled it for a bunch of fans) 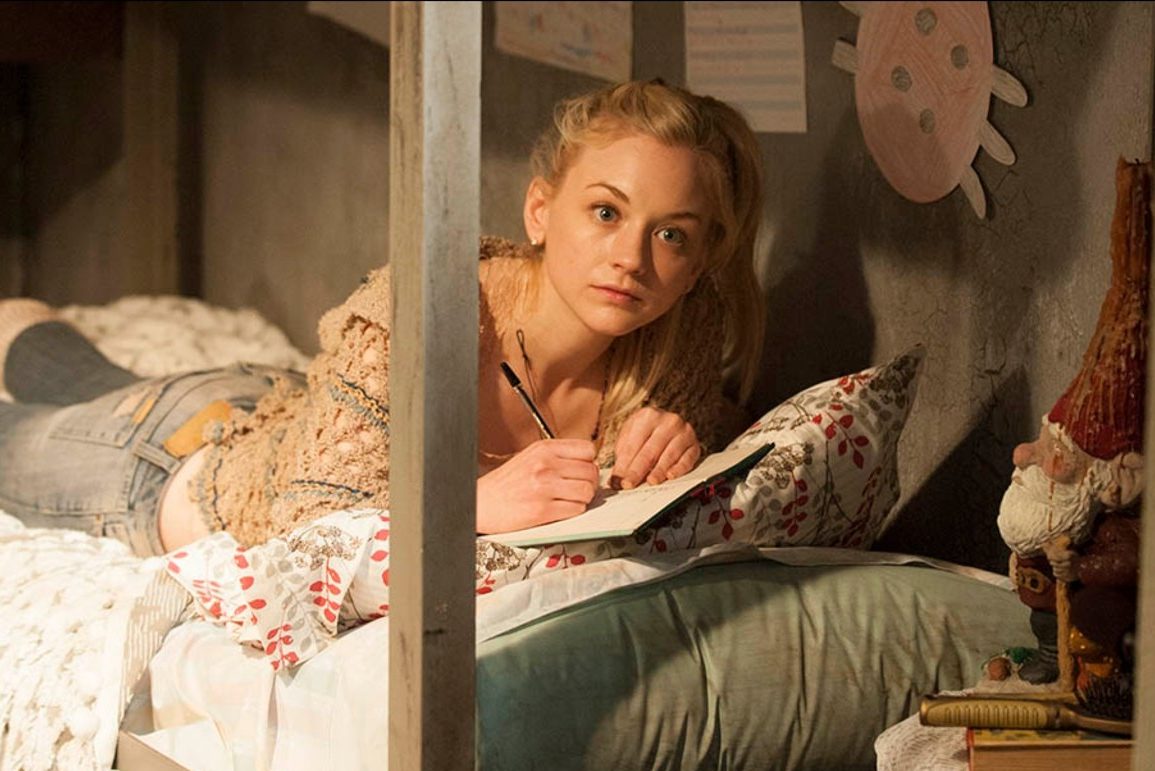 Beth is another character whose loss audiences weren’t happy with. | AMC

Beth Greene was a bit of a controversial figure on The Walking Dead. Some fans loved her, others found her annoying. But when she died in Season 5, shortly after taking huge strides toward growing up, fans were shocked.

It was tragic, because she was just moments away from being reunited with her sister, Maggie; because Daryl, who she bonded with, had to witness it; and because The Walking Dead social media team spoiled the death by posting an image of a sobbing Daryl carrying Beth’s body before the episode aired on the west coast.

In the end, even fans that didn’t like Beth had a reason to be mad at the show for killing her.

Next: This fake out dragged on way too long for eagle-eyed fans.

8. When they “killed” Glenn 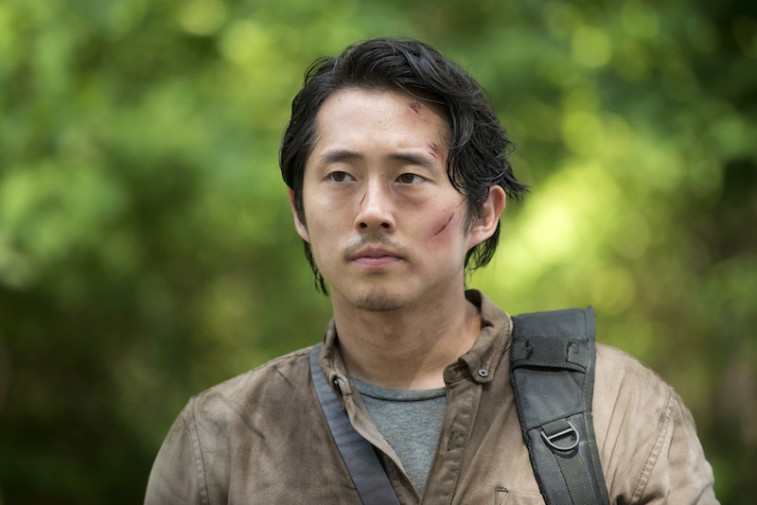 The Walking Dead fans loved Glenn — they really loved him. So, when he appeared to perish after falling into a pile of walkers early in Season 6, they were horrified.

That is, until they realized he may not have died after all. Fans rewatched the moment of his alleged death time and time again, concocting seemingly implausible scenarios in which he could have survived.

And then, fans were both relieved and annoyed to learn that his death had been a fake-out. The explanation was implausible (he crawled under a dumpster? Seriously?). And it all felt like a letdown for fans who’d already guessed he was still alive.

Next: This cliffhanger tortured us almost as much as its reveal.

9. When they killed Glenn 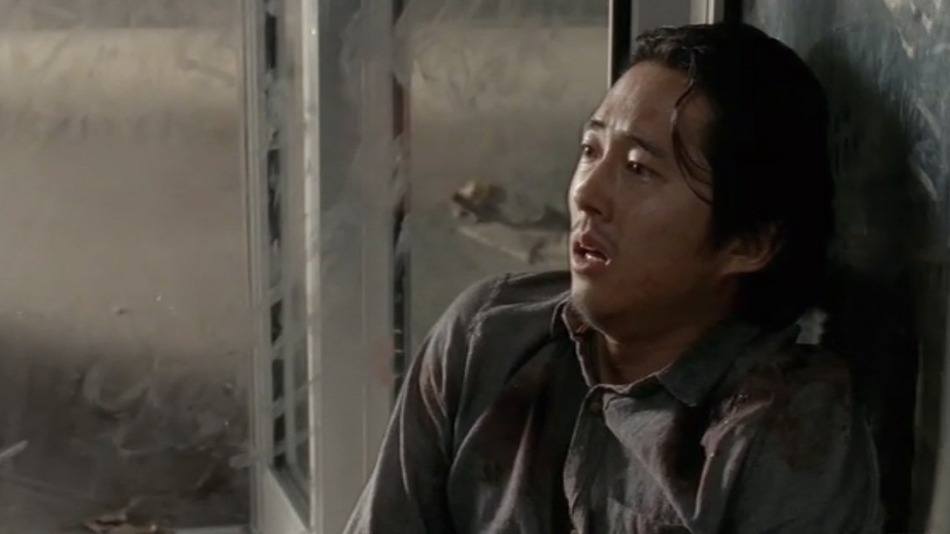 The Walking Dead came under tremendous fire after ending its sixth season on a brutal cliffhanger. We knew Negan had just bashed one of the main characters’ heads in with his baseball bat. But we didn’t know who it was.

The cruel twist left fans speculating for several months. And AMC hyped up Season 7 like Negan was the second coming. But when the season premiered, fans wound up traumatized rather than thrilled.

It wasn’t just that Negan killed Glenn (and Abraham), or that their deaths were so gruesome. It was that we’d had to wait so long to learn their fates, only to see them die so horribly.

Next: Fan anger over this recent development may have led to a major change behind-the-scenes.

10. When they killed Carl 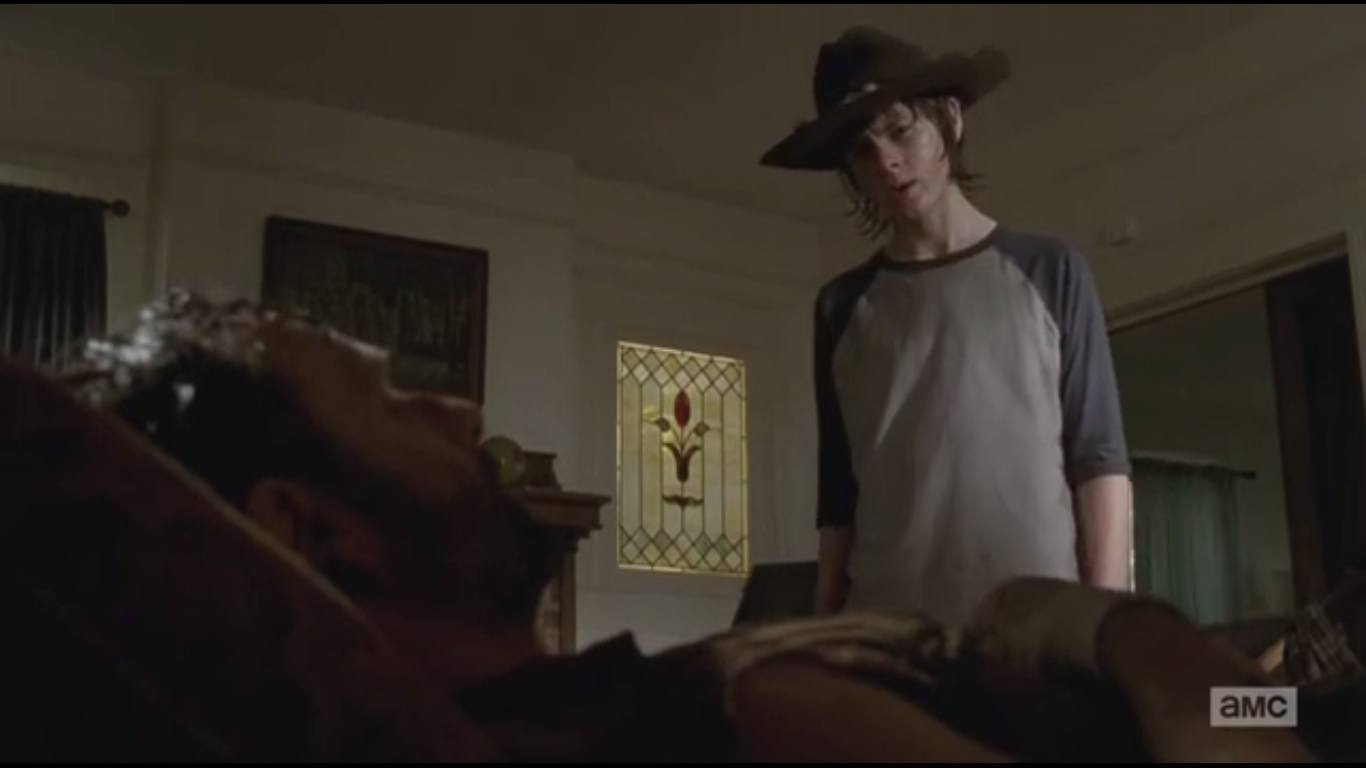 Carl’s death did not go over well. | AMC

The biggest fan outrage in The Walking Dead history is also the most recent. In the eighth midseason finale, “How It’s Gotta Be,” we learned that Carl Grimes has been bitten, and we saw his death in the next episode, “Honor.” In other words, he’s very much become one of the walking dead his father once talked about.

Fans were shocked and furious at the twist. Not only is it a major departure from the comics, but it feels overly cruel. They were so angry, they launched a petition to fire the series’ current showrunner, Scott Gimple. And their efforts may have worked.

AMC announced that Gimple will be moving away from his role in Season 9. Angela Kang will take his place. And hopefully she can steer the series in the right direction, so it can avoid even more fan frustration in the future.