Everything to Know About Laura Ingraham’s Break from Fox News

The Ingraham Angle is pretty popular coming in as the No. 4 cable show on television in March 2018, according to AdWeek. So it was a big deal when Laura Ingraham decided to come after one of the most outspoken Parkland shooting survivors on Twitter for his college application process.

Now, Ingraham is reportedly on vacation, which has posed some questions about the future of her show. Here are seven things to know about Ingraham’s vacation and what the network is planning to do. 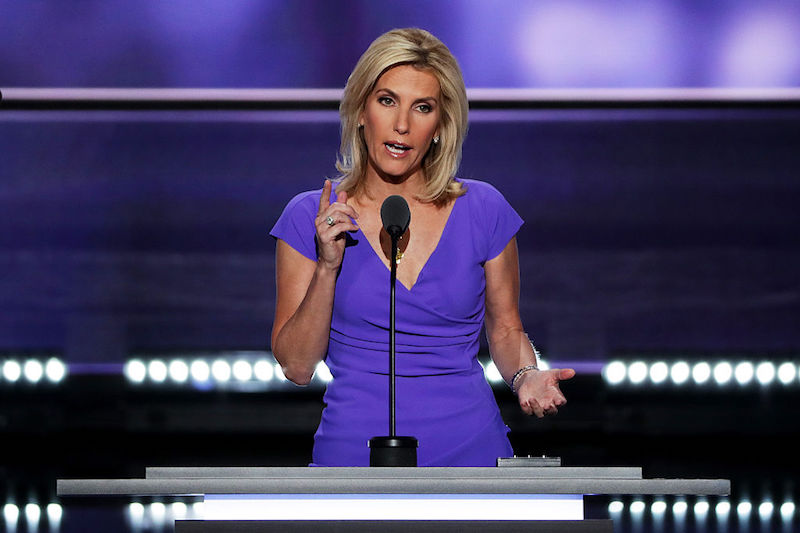 The whole backlash started when Ingraham tweeted “David Hogg Rejected By Four Colleges To Which He Applied and whines about it. (Dinged by UCLA with a 4.1 GPA…totally predictable given acceptance rates.)” on March 28.

In response, Hogg tweeted on the same day a list of advertisers for her show in order to contact and have them pull their advertising. Many supporters did so and Ingraham then followed up with two more tweets.

Her next two tweets read:

Any student should be proud of a 4.2 GPA —incl. @DavidHogg111. On reflection, in the spirit of Holy Week, I apologize for any upset or hurt my tweet caused him or any of the brave victims of Parkland. For the record, I believe my show was the first to feature David … immediately after that horrific shooting and even noted how ‘poised’ he was given the tragedy. As always, he’s welcome to return to the show anytime for a productive discussion.

Next: Here are the companies who pulled their advertising.

2. There have reportedly been at least 15 companies who stopped advertising for The Ingraham Angle 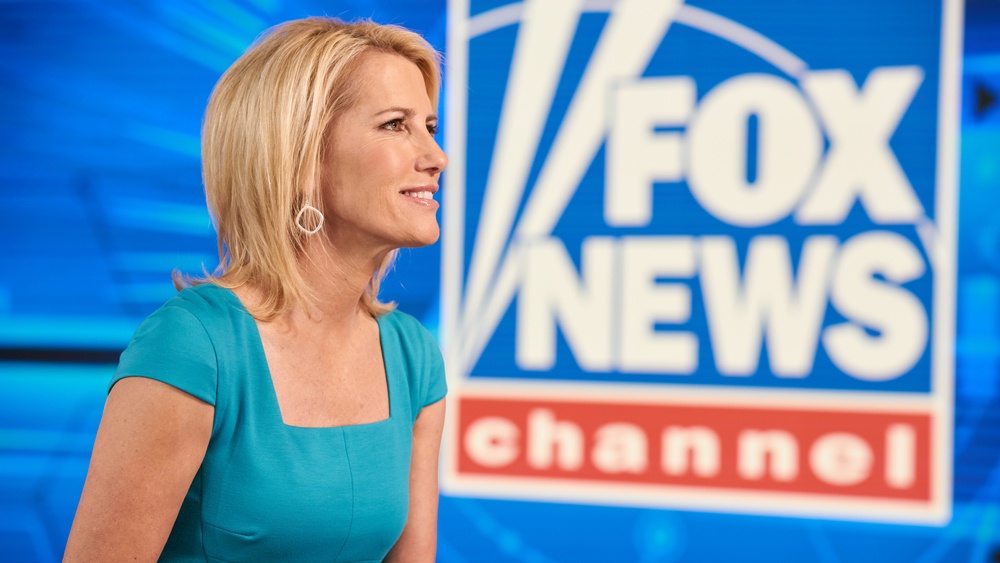 Her tweets are causing problems for her show. | Fox News

There have reportedly been at least 15 companies who announced pulling advertising for the show, according to CBS News. Some of the most notable companies are Bayer, Ruby Tuesday, Jenny Craig, Hulu, Johnson & Johnson and more.

Next: This is Hogg’s response to her apology.

3. Hogg said the apology to save advertisers is not enough 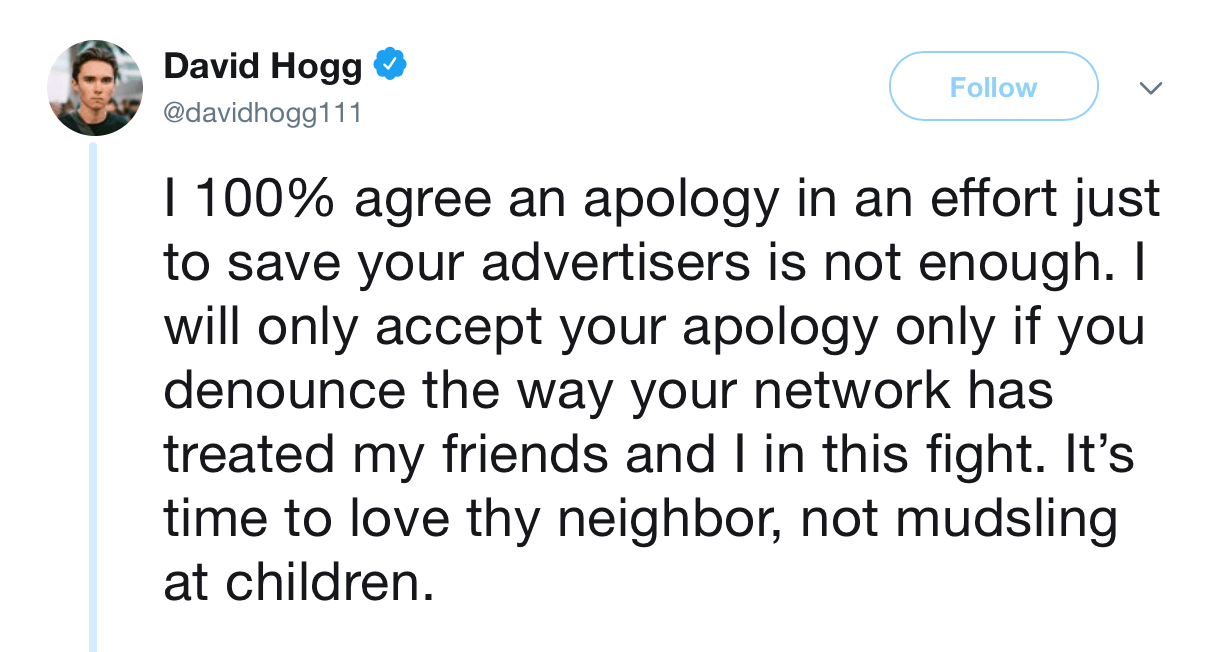 David Hogg shared this response to her apology. | David Hogg via Twitter

Hogg responded to someone on Twitter talking about Ingraham’s apology, saying, “I 100% agree an apology in an effort just to save your advertisers is not enough. I will only accept your apology only if you denounce the way your network has treated my friends and I in this fight. It’s time to love thy neighbor, not mudsling at children.”

Next: This is what was said about Ingraham’s vacation. 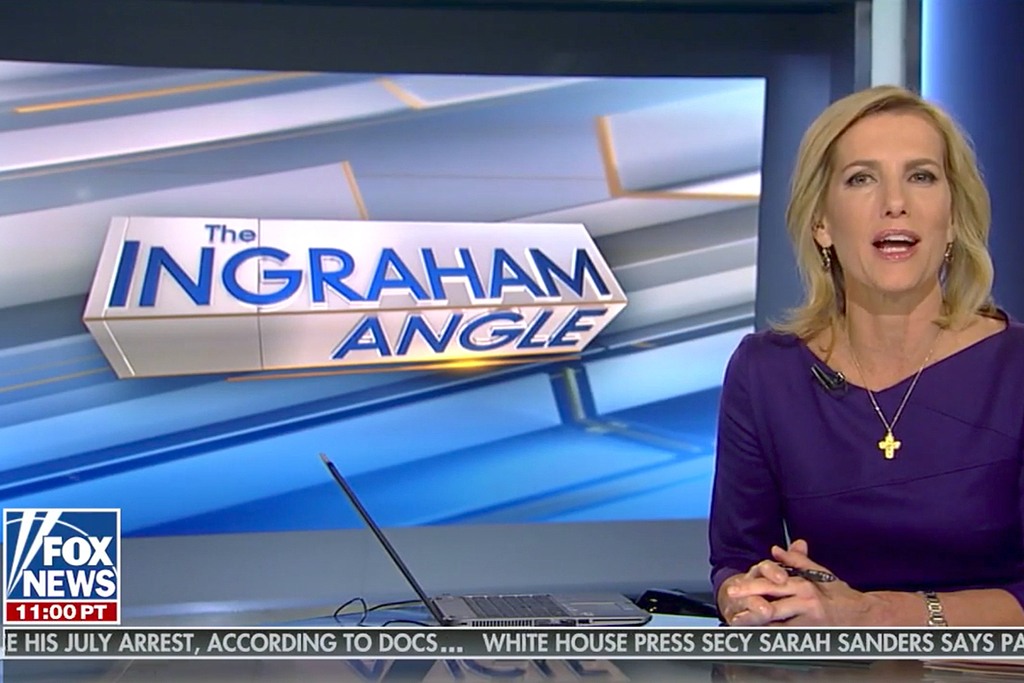 After the list of advertisers jumping ship was growing, Ingraham announced that she was going on a vacation for a week. This vacation is said to be pre-planned, but given the timing, many are questioning that claim.

Guest hosts will be filling in for that week.

Next: These people will be the guest hosts.

5. Jason Chaffetz and more will be filling in for her 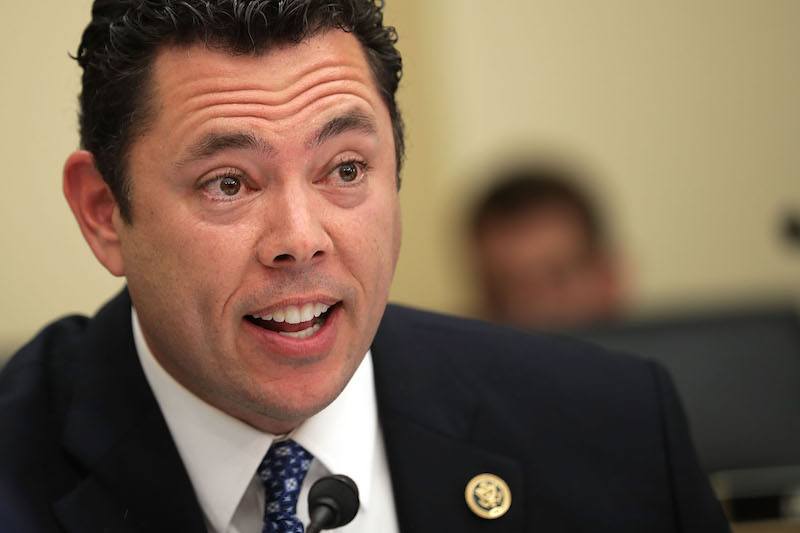 Rep. Jason Chaffetz will fill in for the host. | Chip Somodevilla/Getty Images)

The guest hosts will be Republic congressman Jason Chaffetz. Other Fox News colleagues will also be filling in, like Brian Kilmeade, Pete Hegseth, and Katie Pavlich according to Philly.

Next: This is what the co-president of Fox News had to say about Ingraham.

6. Co-president of Fox News says Ingraham will return to the show 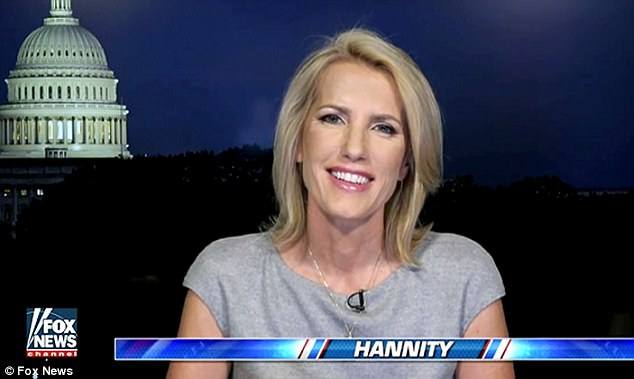 Fox News is standing by her. | Fox News

It seems like Fox News will be standing beside Ingraham. Co-president Jack Abernethy told the Los Angeles Times, “We cannot and will not allow voices to be censored by agenda-driven intimidation efforts. We look forward to having Laura Ingraham back hosting her program next Monday when she returns from spring vacation with her children.”

7. Ted Nugent speaks out in support of Ingraham 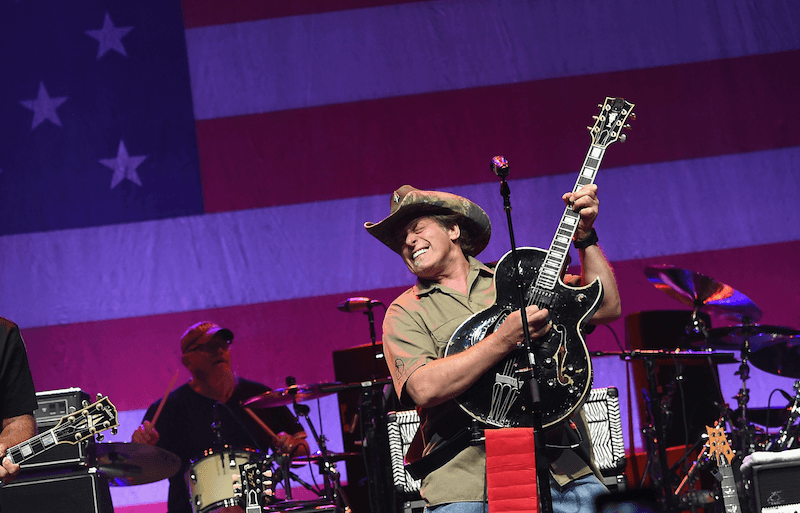 The president of the channel isn’t the only one now coming to Ingraham’s defense. Ted Nugent said on WABC Radio that she is “a great person” and “I thought her comments were well placed to a guy who had gone off the rails … spewing the hate.”

He then said, “I think Laura was in line. But the left, they circle the wagons.”