Everything We Know About Cardi B’s Secret Marriage to Offset 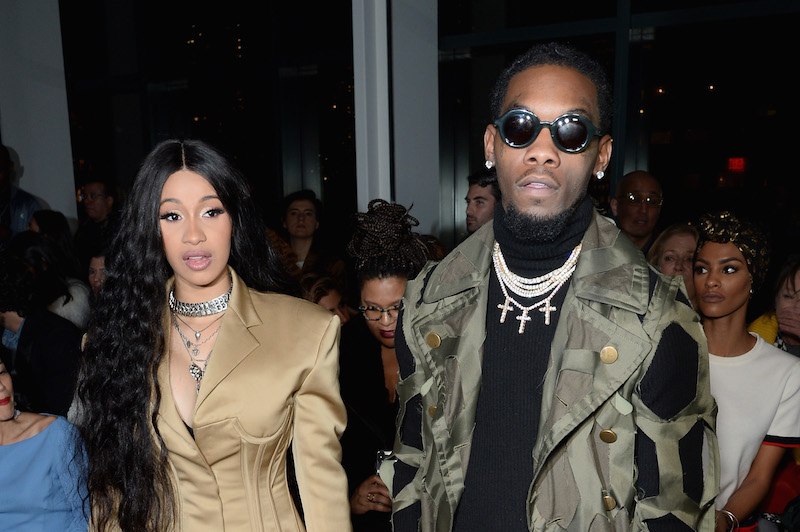 After some speculation following Offset’s acceptance speech at the BET Awards in which he referred to Cardi B as his “wife,” the “I Like It” rapper confirmed via Twitter on Monday, June 25, that they have been married since last year.

Her announcement followed a TMZ report that the pair tied the knot in September, which was one month before Offset proposed to her during at a concert in Philadelphia. The media outlet obtained a marriage certificate for the rappers, whose real names are Kiari Kendrell Cephus and Belcalis Marlenis Almanzar, which showed they were married in Atlanta, Georgia, several months ago.

The whole staged engagement left fans scratching their heads, so Cardi explained their decision to go that route and why they chose not to reveal that they already said “I do.”

“There are so many moments that I share with the world and then there are moments that I want to keep for myself!” she wrote. “Getting married was one of those moments! Our relationship was so new breaking up and making up and we had a lot of growing up to do but we was so in love we didn’t want to lose each other.

“We found someone to marry us, and she did, just the two of us and my cousin. I said I do, with no dress no makeup and no ring! I appreciate and love my husband so much for still wanting for me [to] have that special moment that every girl dreams of when he got down on his knee and put a ring on my finger and he did that for me!!”

This why i name my album “Invasion of privacy” cause people will do the most to be nosey about your life .Welp fuck it . pic.twitter.com/U3uHFOT3qK

Now, some insiders have elaborate on the details of their secret nuptials.

Those sources connected to the rappers told TMZ that their marriage was not something the two of them had plans to do before it actually happened. The insiders explained that one morning out of the blue Offset asked Cardi if she would marry him. The “Bodak Yellow” artist said she would and they decided to do it that same day. It wasn’t anything fancy and took place right in their bedroom.

Therefore, her joyful reaction during that moment last October when Offset proposed to her onstage, even though we now know they were already married, was genuine because that’s when he finally gave her the ring. The sources also said that he will be getting a wedding band to wear after the two have another ceremony in which their family and friends can celebrate their union with them. That will take place after Cardi delivers the couple’s first child together as she’s due in a few weeks. The former Love & Hip Hop: New York star gained international fame with her hit “Bodak Yellow (Money Moves),” after it spent three weeks at No. 1 on the Billboard Hot 100 chart in 2017. Since then, she’s continued to release hits and collaborate with some of the biggest names in music. Her song “I Like It” off her Invasion of Privacy album is currently at No. 2 on the chart, and the Maroon 5 tune she’s featured in, “Girls Like You,” is at No. 5.