‘Ex on the Beach’ 2018 Cast: Farrah Abraham and Everyone Else Who’s Joining the Show

Farrah Abraham is returning to MTV, but not to Teen Mom. Instead, the reality TV star will be bringing the drama to Ex on the Beach Season 2.

Abraham is one of 11 singles who will be searching for love while also shacking up with their exes in Malibu. In addition to the Teen Mom OG star, the show will include familiar faces from The Bachelorette, Are You the One?, Big Brother, and Bad Girls Club. Angela Babicz and Tor’i Brooks, who hooked up on Season 1, are also back. Rapper and actor Romeo Miller will host. 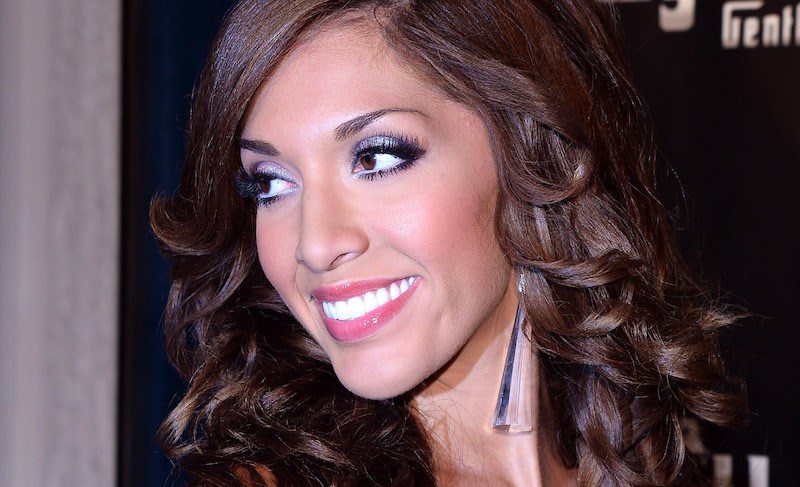 Back in January, Abraham said she was “moving on” from the “hateful” series that made her famous. MTV producers reportedly said she had to drop her career in the adult entertainment industry if she wanted to continue on Teen Mom OG. But apparently, the network decided that work wasn’t an obstacle to being cast on Ex on the Beach.  Most recently, Abraham has been in the news for dropping out of celebrity boxing match with Nicole “Hoopz” Alexander from Flavor of Love.

What other reality stars made the cut for the new show? Here’s who else will be joining the Ex on the Beach cast in 2018.

Ex on the Beach Season 2: The singles

In addition to Farrah Abraham, you’ll see these single celebs on Season 2 of Ex on the Beach.

Abraham said that she was looking forward to being on a new MTV show, tweeting “luckily for this one .. I don’t have to have a baby to be on it.” Her ex Simon Saran, who she dated on and off for two years until they broke up for good in 2017, has also been cast.

Ex on the Beach Season 2: The exes

Here are the celebrity exes who will be joining the show.