2018 has not been the most phenomenal year for new television thus far. Although there have been some highlights, including Castle Rock, Sharp Objects, and Killing Eve, it has in general felt like the number of absolute must-watch new shows has been a bit lower than usual since January.

But that might change this fall, as there are tons of promising debuts on the horizon. Unfortunately, the broadcast line-up doesn’t look too great, although there are one or two shows on there that we’re excited for. But some of the cable networks and streaming services have some enticing offerings on the way that could really break out and become sensations.

Here’s a look at the fall 2018 new TV shows we’re most excited about. Note: we’re going to be counting all of September as part of this list, even though technically, the fall doesn’t begin until the September 22nd. 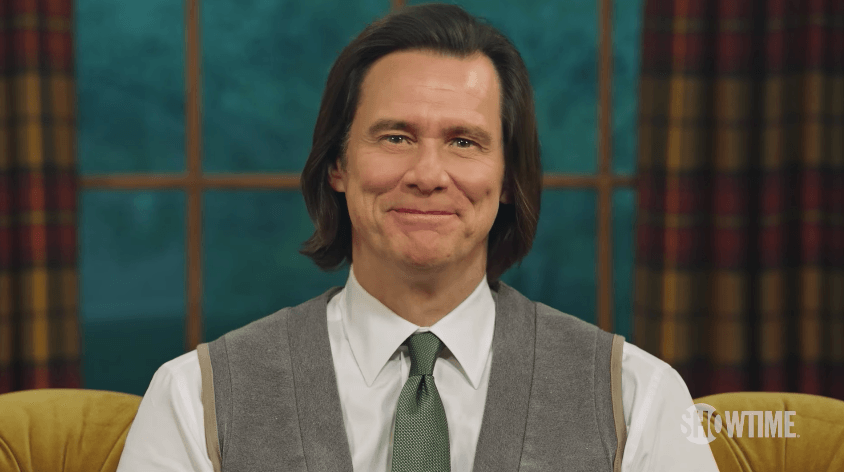 Showtime is actually planning to put the first episode of Kidding up online two weeks early, at the end of August, but since the actual television premiere is in September, we’re going to count this series as one of our fall shows.

Kidding is Jim Carrey’s first major television role since In Living Color nearly 25 years ago, and it’s his biggest role of any kind in a while. The beloved comedic actor is playing Jeff Pickles, the host of a children’s show who is comfortable interacting with puppets but has trouble dealing with everyday life. Catherine Keener, Frank Langella, and Judy Greer also star.

Aside from this being Carrey’s big return, another reason to be excited is that this is also Carrey’s reunion with director Michel Gondry, who he previously collaborated with on the brilliant 2004 film Eternal Sunshine of the Spotless Mind. The first episode will be available online on August 31st, but it will be broadcast on September 9th, with episodes airing on Sundays after that.

Beau Willimon created Netflix’s House of Cards, but he left after the end of the fourth season. Now, he has jumped over to Hulu for a new science-fiction series called The First, which is about the first manned mission to Mars.

Starring in the lead role on this series is Oscar-winner Sean Penn, who has never before been the star of a TV series. The show has been given a budget of about $55 million, so it should hopefully look pretty top notch in terms of the visual effects budget.

The First will begin streaming on September 14th.

Maniac is a new limited series from Netflix, although as we’ve already learned with 13 Reasons Why and American Vandal, if a limited series is successful enough, Netflix will surely find a way to get a second season out of it.

Cary Fukunaga, the director of True Detective Season 1, directs this series about two patients at a psychiatric hospital who undergo an experimental drug trial. Those patients are played by Emma Stone and Jonah Hill, while Justin Theroux and Sally Field also star.

With such phenomenal talent behind and in front of the screen, it would be quite a surprise if Maniac wasn’t excellent and didn’t make an appearance at next year’s Golden Globes and Emmys. 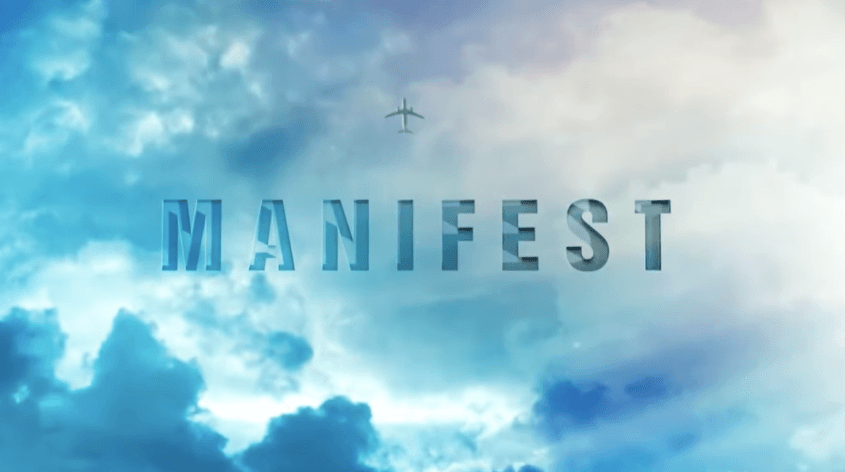 A rare broadcast show on our list, Manifest could either be really great or really terrible, but it at the very least has our attention.

In this new drama, a plane lands after a turbulent flight, only for the passengers to discover that while they were only in the air for a couple of hours, to the rest of the world, they’ve been missing for years. As they return home, the passengers begin to experience strange events.

The premise of Manifest is intriguing as heck, although it does very much seem like one of those Lost ripoff shows that emerged during the previous decade. Will Manifest feel like another low-rent Lost clone, or could it actually be something special? That remains to be seen, but the premise alone — in addition to the involvement of Back to the Future‘s Robert Zemeckis — has us reeled in to at least check out the pilot on September 24th.

Into the Dark – October 5th 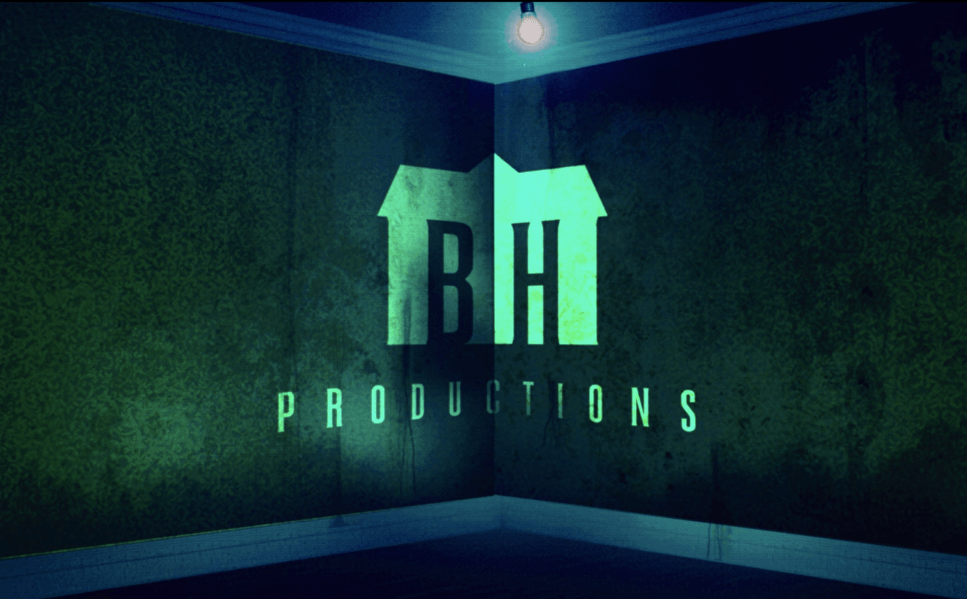 Dropping every episode of a season online at once has become one of the most popular ways of releasing television, but now, Hulu is going in the complete opposite direction with Into the Dark: they’re only going to release one episode a month over the course of a full year.

This new horror series from Blumhouse is an anthology that will tell a different story each episode, with the story being centered around a holiday that falls during that month. The first episode, released in October, is naturally about Halloween, the second episode is about Thanksgiving, the third episode is about Christmas, etc.

The idea itself is intriguing enough to get us excited, and it’s also great to be getting another episodic horror anthology series, something that has become far less common now that horror shows telling one story every season have become more popular. The first episode of Into the Dark premieres on October 5th.

Star Wars fans of all ages will definitely want to keep an eye out for the new animated series, Resistance. Set a few years prior to The Force Awakens, this show follows the early years of the Resistance through the eyes of a young pilot, Kazuda Xiono.

Although there are plenty of new heroes, Resistance will also feature major characters from the film series, including BB-8, Poe Dameron, Captain Phasma, and General Leia Organa, with Oscar Isaac and Gwendoline Christie reprising their roles in the show.

Sure, it might be targeted largely at kids, but as with The Clone Wars and Rebels, there will likely be plenty for adults to enjoy as well, and the Sunday at 10:00 p.m. timeslot should hopefully be indicative of that. 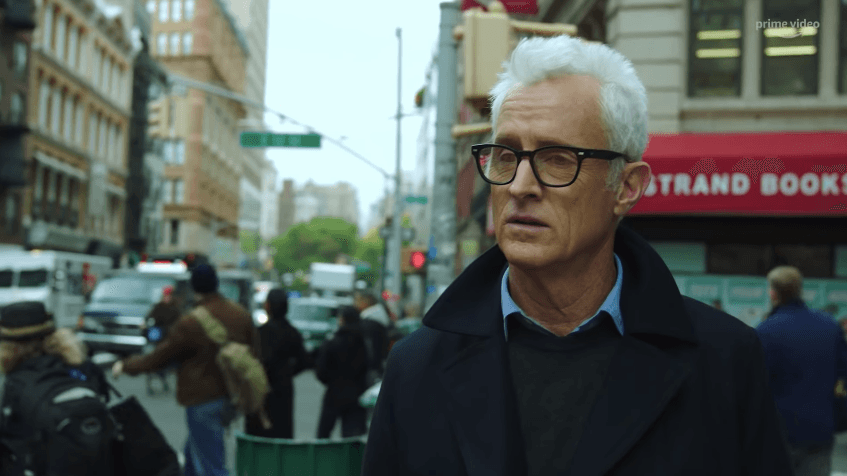 Just the fact that The Romanoffs is the new show by Matthew Weiner means it pretty much has to have a place on this list almost by default. After all, Weiner is the creator of one of the greatest television shows of the century, Mad Men, so his follow-up project is certainly going to be worth paying attention to.

The Romanoffs is shaping up to be something entirely different from Mad Men, though. This one is an anthology series where each episode follows characters who claim to be descendants of the Russian Romanov family. Like a lot of anthologies where the actors don’t have to commit to a full season and only have to appear in one episode, the cast is phenomenal; it consists of Kathryn Hahn, Christina Hendricks, Isabelle Huppert, Diane Lane, Ron Livingston, John Slattery, Aaron Eckhart, and Corey Stoll among others.

The Romanoffs will begin streaming on October 12th.

The Conners may or may not be any good, but that doesn’t change the fact that we’re dying to check out the first episode when it airs on October 16th. No new series has as much drama leading up to the premiere as this one.

This, of course, is the spinoff of Roseanne that features the entire cast other than Roseanne Barr, who was fired in May after sending a racist tweet. Initially, ABC just canceled Roseanne altogether and seemed ready to move on, but the network soon decided to order a spinoff that is effectively the exact same show only without the title character.

How will The Conners write out Roseanne? Will the show still be as funny without her? Will it still feature conservative humor, or political humor at all? How will Barr herself react to the premiere? Will the ratings be nearly as massive as they were for Roseanne? There are just so many questions that we can’t wait to have answered, and hopefully, the show itself will be entertaining, too.

this magic moment. see you witches on october 26. #CAOS

Just days before Halloween, we’ll be getting a new Netflix series that looks like it should be delightfully spooky: The Chilling Adventures of Sabrina.

This show is based on the Archie Comics character who was previously brought to television in the 1990s sitcom Sabrina the Teenage Witch. But this 2018 version is a completely new, darker take on the character, based on the 2014 comic book series of the same name.

The perfect actress has been cast as Sabrina: Kiernan Shipka, who viewers will know for playing Sally Draper on Mad Men but who recently excelled in the 2017 horror film The Blackcoat’s Daughter. You’ll also definitely want to check this show out if you’re a Riverdale fan, as Sabrina comes from the same creator and will technically take place in the same universe as that CW show. Season 1 will drop on Netflix on October 26th. 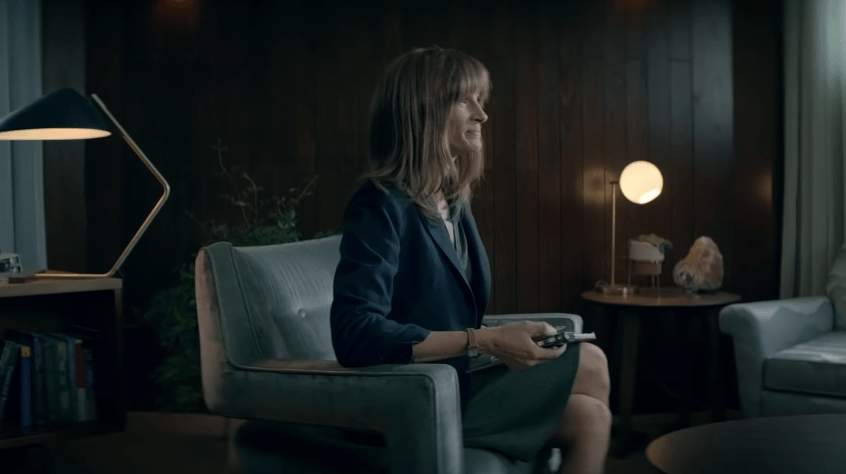 Movie stars are increasingly migrating to television, and the latest actress to do so is Julia Roberts; Amazon’s Homecoming is Roberts’ first regular TV series ever.

Based on the popular fiction podcast, Homecoming revolves around a caseworker at a secret government facility, played by Roberts. Sam Esmail, the creator of Mr. Robot, created the show and will direct as well.

Amazon clearly has a lot of faith in this show, having already ordered two seasons. The show will premiere on November 2nd.