Fallout 4 is such a big game, with so many options and interlocking systems that there was no way it could release without a few glitches and exploits left in it. Users have been seeking out these cheats and tricks and posting them online, so we’ve collected the best ones here.

And if you’re still getting your feet wet in the Fallout universe, be sure to check out our eight tips to help you survive in the wasteland.

We could all use a little more cash, right? Someone has found a way to get essentially unlimited caps — the currency in the world of Fallout — but it takes a little bit of time. To do so, find a vendor who sells ammo. Move all of one type of the vendor’s ammo into your inventory. Then, without finishing the transaction, give one round of the same ammo back to the vendor.

This is where the glitch kicks in. You can keep clicking on the ammo to keep selling a single bullet back to the vendor, but no bullets will leave your inventory, so you can do it as many times as you want. Clean out a vendor’s supply of caps, and move on to the next. Sure, it’s an exploit, but life in the wasteland is tough, and you have to get your caps where you can.

Watch the video above to see the glitch in action. 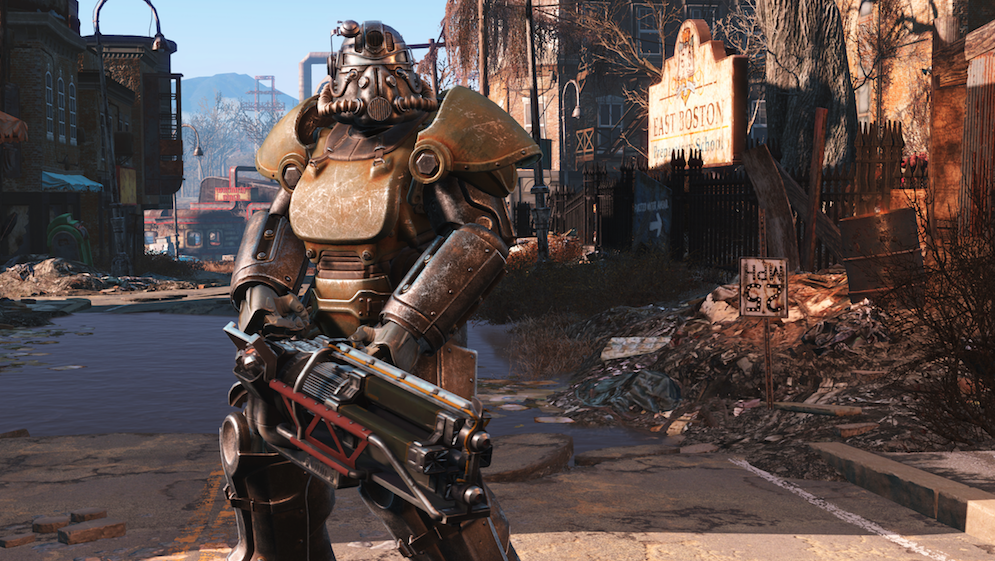 Adhesive is a key component in crafting just about every modification you make to your weapons and armor, so you’ll need lots of it. But instead of looking for duct tape in every destroyed building you find, you can plant a few vegetables at one of your settlements and craft your own adhesive.

According to Reddit, all you need to do is plant some tatoes, mutfruit, and corn in your settlement, and then build a water purifier. Those items will let you craft vegetable starch, which you can scrap to get five adhesives. Not a bad return on a little bit of farming. 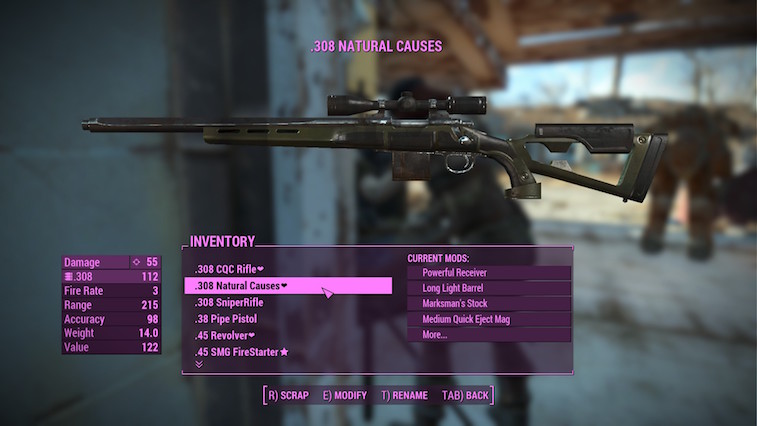 The Commonwealth wasteland is stuffed to the brim with weapons you can claim as your own. If you pick them up, comparing them to see which one is best can be a real pain in the butt. One Reddit user posted a useful tip to make it easier to figure out which weapons to keep and which to scrap. Simply use the renaming feature to enter the ammo type before each weapon in your inventory. Then view the list in alphabetical order, and all similar weapons will be grouped together. Now you can pick the one with the right balance of stats, and ditch the rest. 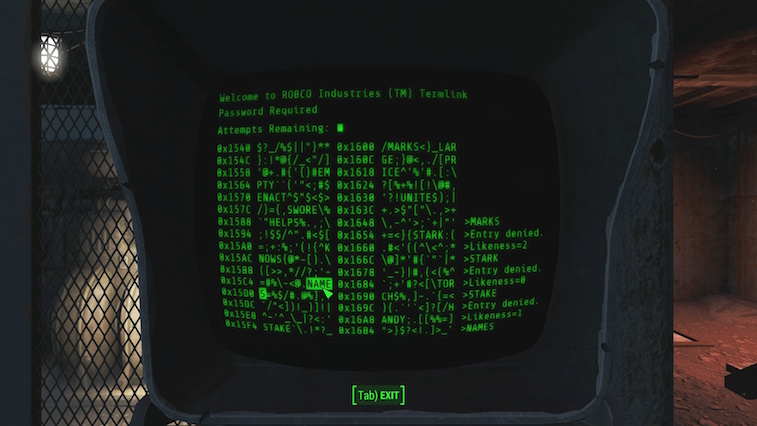 When you’re looking at a locked computer screen in Fallout 4, it looks like a bunch of gibberish characters with a handful of words thrown in you can try as passwords. But if you scroll through the gibberish, you’ll find a number of hidden selectable stretches of gibberish (not the words), always enclosed in some kind of parentheses, like (), {}, or []. When you’ve found and selected parenthetical group of characters, click them, and the computer will either take back one of your incorrect hacking attempts or remove a bad password from the screen. Doing it this way, you’re all but guaranteed to find the solution on your first try. 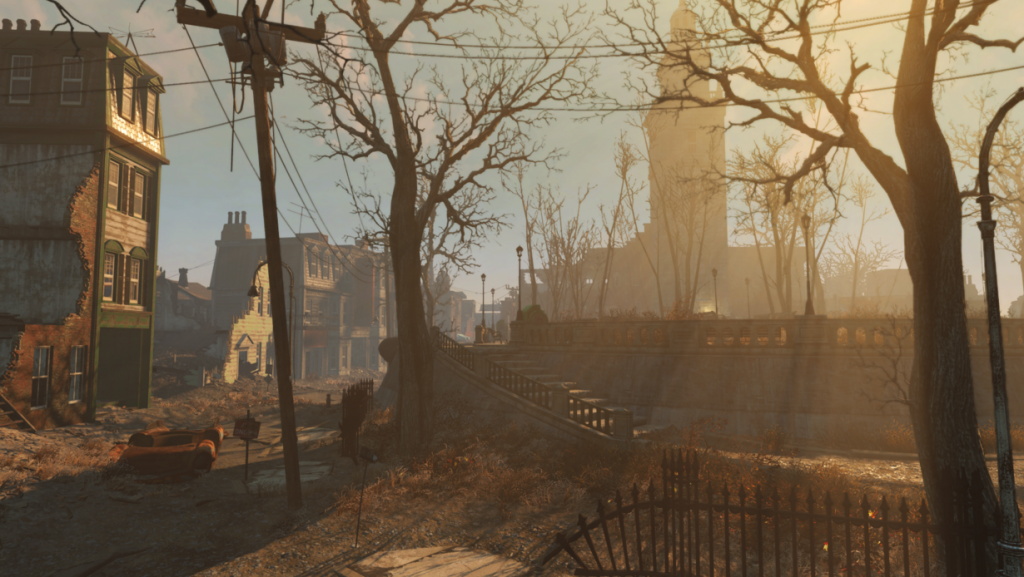 Fallout 4 is extremely generous with its saves. You can save in the middle of conversations, which comes in handy if you have a choice of responses and you want to test out more than one. It’s also useful when you’re high up and you want to get down to the ground. Simply leap off the ledge, then pause and save your game right before you hit the ground. When you load back into that save, you’ll land safely.

These may be exploits, but they don’t hurt anyone, so don’t feel bad using them.