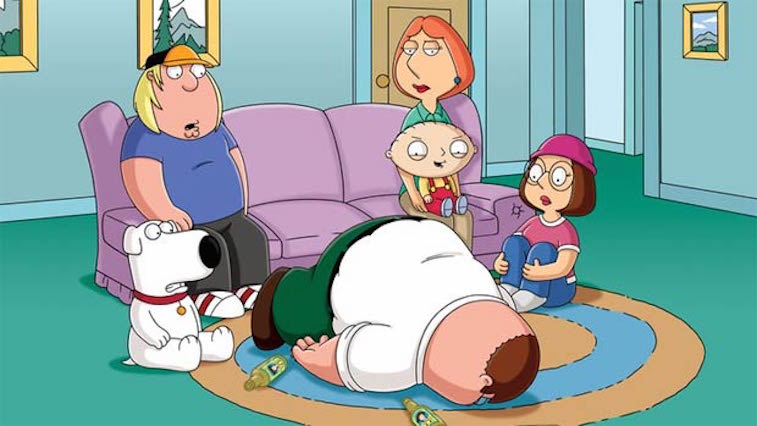 While rumors of a potential Family Guy movie have been circulating for years, we haven’t heard any real buzz about it since back in 2012. But it looks like show creator Seth MacFarlane is now putting the potential project back on the table, even hinting that the film may come sooner than fans think.

MacFarlane broached the subject on Twitter this week, after a fan asked him when he was finally going to make the Family Guy flick. His short, but telling response? “Soon, soon,” he wrote.

RT @GingeThink: @SethMacFarlane when are you going to stop fannying around and actually do a Family Guy movie? ?? // Soon. Soon.

OK, obviously a single Tweet isn’t exactly an official confirmation, so take this with a grain of salt. But from the sounds of it, he’s certainly implying that a movie is still in the works and could be coming our way faster than we realized.

MacFarlane didn’t elaborate further on the subject, so we still don’t have any specific details about what the film would entail. But this is far from the first time that he’s brought up the idea of turning the popular adult animated show into a feature film. In 2012 (the last time we heard of the film), he spoke out on the importance of developing the right concept for the movie.

“We do know what the Family Guy movie will be. The Simpsons movie, I thought, was hilarious, but the one criticism I would have is that it’s a story they probably could’ve done on TV. There could’ve been an episode that had that plotline,” he said of the possible project. “That’s the challenge with animation. You pretty much can do any story you want, so what is the reason for the movie? We finally hit on the answer to that question, and it will be something that would be impossible to do on TV.”

Whether he’s since revamped his plot idea for the movie or is still working with the same concept three years later is unknown, but it seems MacFarlane is still determined to bring Family Guy to movie theaters.

If the project does move forward and eventually come to fruition, it would mark Family Guy‘s first ever appearance on the big screen. However, it wouldn’t technically be the first movie based on the Fox comedy. In 2007, Stewie Griffin: The Untold Story was released straight-to-DVD and was also eventually shown on TV as three separate episodes.

The show has also previously aired feature-length specials, such as its Star Wars parody, Laugh It Up, Fuzzball: The Family Guy Trilogy. That special was told over the course of three hour-long episodes, the latter two of which were released as two direct-to-video sequels: Something, Something, Something, Dark Side in 2009 and It’s a Trap! in 2010.

While Family Guy‘s ratings have been declining in recent seasons, it remains a favorite not only in the adult animated genre, but in Fox’s lineup overall. Considering its longstanding popularity, it’s kind of surprising that a movie hasn’t already materialized. With the show still delivering a solid performance in season 14 though, it’s not too late. While not all of the series sizable fanbase may still be tuning into the show weekly, it’s safe to say that they’ll turn out to theaters for the movie version.

We’ll have to stay tuned for more updates on the possible project. In the meantime, you can catch the rest of Family Guy‘s season 14 on Sundays at 9 p.m. Eastern time on Fox.