‘Fantastic Four’: Why It’s Time To Let This Franchise Die

Saying goodbye to a movie franchise is never easy. For Hollywood, it’s nigh impossible. Even Harry freaking Potter will be finding its way back into theaters with the Eddie Redmayne-led spinoff, Fantastic Beasts and Where to Find Them. So it should come as no surprise to anyone that even after the veritable flop that was the Fantastic Four reboot, 20th Century Fox is pushing for a sequel. If you squint and tilt your head just enough, it seems like a fairly logical decision. Everybody loves superheroes. Superhero movies make lots of money. Ergo, Fantastic Four 2 will make lots of money. The reality of the situation though is much grimmer.

Everything about this movie was a complete and utter disaster

First, let’s look at just how bad things really were. Its 9% Rotten Tomatoes score is the worst such rating for any Marvel-branded film ever. Keep in mind, that means reviews were worse than those for the original Daredevil starring Ben Affleck, both Nicolas Cage Ghost Rider films, and Ang Lee’s fever dream of a Hulk. For its opening weekend, one analyst described it as a “nightmare,” making just $26 million. This marked the worst such opening since Ghost Rider: Spirit of Vengeance, meaning we’re officially treading in “ill-advised Nicholas Cage sequel” territory here.

All this is without even acknowledging the fact that director Josh Trank’s behavior on set was so atrocious, that Lucasfilm fired him from a planned movie of their own that hadn’t even begun shooting yet. Trank and lead star Miles Teller reportedly almost came to blows. His behavior toward Kate Mara was described as “abusive and cold,” leading to Mara not even bothering to see the movie she starred in despite attending the red carpet premiere. To top it all off, the director clashed with the studio concerning both the casting and the final cuts, making for a humorless disaster of a final product.

Marvel doesn’t want the Fantastic Four, so why should we? 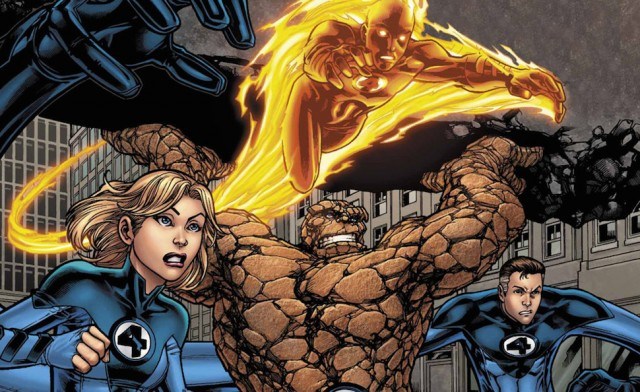 When news broke last October that Marvel Entertainment would be officially discontinuing the Fantastic Four comic book series, it raised a fair share of eyebrows. Here we had a comic created by the great Jack Kirby back in 1961, suddenly shuttered permanently in the fact of a reboot movie releasing the following year. For Marvel though, it was a no-brainer. Per the agreement that they signed with 20th Century Fox back when the rights to the Fantastic Four were sold, the movie rights to any character created in the comic series immediately belonged to Fox.

It leaves 20th Century Fox in an entirely unique position within the realm of superhero cinema: Not having the support of a new material straight from the source. Marvel, not wanting to feed a competitor with stories and characters that could then be used against them, saw fit to turn off the tap so to speak. This leaves us to ask one simple question: If the Fantastic Four comics aren’t worthwhile enough for Marvel, should they be for us as moviegoers? Based on three subpar films over the last decade, the answer seems to be a resounding “no.”

If at first you don’t succeed, try, try again. If you fail a 2nd and 3rd time, please stop trying.

The film saga for the Fantastic Four franchise is one swimming in failure. The first movie released back in 2005 to a host of problems. Michael Chiklis was buried beneath 60 pounds of latex and makeup to become the Thing, despite pushing for a CGI character. Mexican-American Jessica Alba was whitewashed into blue contact lenses and blonde hair. The film itself sat at a paltry 27% on Rotten Tomatoes, with AV Club calling it “a garish mediocrity.”

Two years later, Rise of the Silver Surfer was barely an improvement, effectively shutting down the movie franchise for 8 years before Fox dusted it off for another try in 2015. It’s a history marked by misses and poor decisions, demonstrating once and for all that this franchise simply can’t function in the hands of 20th Century Fox. It’s certainly not that the studio can’t handle superheroes at all, evidenced by their wildly successful run at the X-Men. Rather, we have a case of the wrong characters in the wrong hands.

For as long as studios continue to make Scrooge McDuck-levels of money off of superheroes, you can bet those same studios will hang on to whatever characters they own for dear life. If Sony can agree to lend Spider-Man back to Marvel Studios though, perhaps a similar arrangement is needed with Fox. It’s the only scenario where its feasible to keep the Fantastic Four franchise alive and healthy. Instead, it’s sitting on life support, allowed to survive well past its expiration date.