‘Fast 9’: The 1 Important Character Who Will Be Back and More

Things are slowing getting into formation for the ninth installment of the Fast & Furious franchise. Titled Fast 9, for now, the film is slated to drop April 10, 2020, one year after Dwayne “The Rock” Johnson and Jason Statham’s Hobbes and Deckard spinoff. The addition of this new film has pushed back production for Fast 9 by a year. The explosive car film franchise is set to end after 10 films, honoring the hopes of the late Paul Walker, whose beloved character, Brian O’Conner, was a staple of the movies.

Though nothing has been set in stone just yet for Fast 9, there have been whispers about what fans can expect to see in the highly anticipated action film. Recently, Vin Diesel, who has stood at the center of the franchise as the adrenaline-driven and sometimes rouge Dominic Toretto, unveiled some very important details about Fast 9 — including the fan favorite character that is expected to return.

#PSA Congratulations to @TheRock and your brother in law aka 7 bucks producing partner @hhgarcia41 for making the fast and the furious franchise about YOU – And like you, DJ even if they call I will not be deleting this post – Gn folks see you in 2020 April #FastFamily right? Nah….. it's about #TeamDewayne #3yrs will it be worth the wait? #NoShaw just Hobbs will this be another #BayWatch? Guys guys just relax I'm just a passionate film critic

While fans are super excited for Fast 9, there has already been a ton of drama surrounding the flick. Actor/singer Tyrese Gibson is not too thrilled about the Hobbes and Deckard film. Gibson, who stars as Roman Pearce in the franchise, has been attacking The Rock for weeks over the new spinoff.

Congratulations to @TheRock and your brother in law aka 7 bucks producing partner @hhgarcia41 for making the fast and the furious franchise about YOU,” wrote Gibson in the caption, which accompanies a new release date of April 10, 2020, and the hashtag #F9. #FastFamily right? Nah….. it’s about #TeamDewayne #3yrs will it be worth the wait?

Brotherhood… and all it's complexities. This scene was filmed in Puerto Rico, I can remember it like it was yesterday. Such a beautiful island, the people were so warm and welcoming. I turned 43 that summer… and my son Vincent was born. A woman named Jan Kelly responded to a question I had asked on Facebook, 'who they would like to see me work with?' She said would love to see me work with Dwayne… I listened to her request and he became Hobbs. I know there has been a lot of speculation as to why the Fast 9 release date was pushed… but it would be unfair to say it is anyone's fault. As we plot the course to expand the Fast & Furious universe, one must be mindful to take stock of the roads we took to get here. The pillars of authenticity, family and most importantly, our loyal fan’s perspective has been instrumental in procuring success. However, like any vehicle that has run around the globe 8 times, the franchise is in need of maintenance. My good friend and the godfather of Universal, Ron Meyer has granted me the time to do just that. We have some very exciting news to share soon… stay tuned. Yours truly, Dom #FamilyAlways

The tension between Gibson and The Rock has died down, at least for the moment.  However, in the midst of Gibson’s social media tantrums, Diesel tried to defuse some of the drama. On Instagram, he posted a photo of himself and The Rock from the set of one of the films. He wrote,

I know there has been a lot of speculation as to why the Fast 9 release date was pushed… but it would be unfair to say it is anyone’s fault. As we plot the course to expand the Fast & Furious universe, one must be mindful to take stock of the roads we took to get here. The pillars of authenticity, family and most importantly, our loyal fan’s perspective has been instrumental in procuring success.

Back in the director’s seat 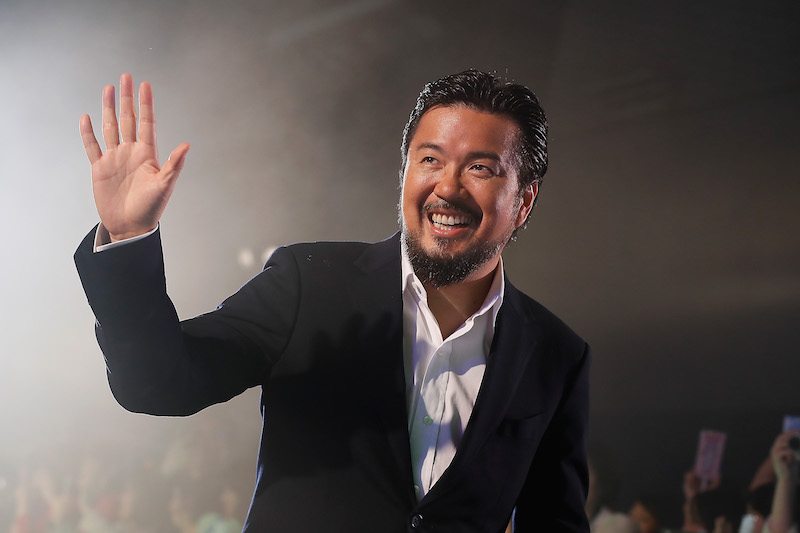 Justin Lin, who is known for his work on HBO’s True Detective and for helming Fast & Furious, Fast Five and Fast & Furious 6 (the fourth, fifth and sixth films in the franchise), might be returning for Fast 9. During a Facebook Live recently, Diesel didn’t mention Lin by name at first, but he did call him a “forefather” and “architect” of the series.

He hinted that Lin would be returning for the ninth and 10th films before revealing that Lin was sitting next to him. 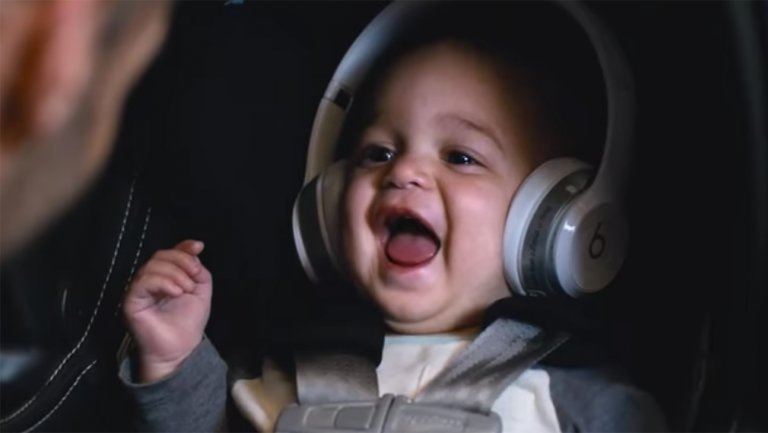 Baby Brian in Fate of the Furious | Universal Pictures

One of the biggest reveals of The Fate of the Furious was Dom’s son, whom he named Brian after Walker’s character. Dom and his wife Letty (Michelle Rodriguez) are raising the tot after the death of the baby’s mother Elena (Elsa Pataky).

Since there are a ton of cars, violence and pretty dangerous situations in the Fast & Furious films, we don’t know where a baby might fit in.  However, since Brian and his wife Mia (Jordana Brewster) still exist in the universe, perhaps baby Brian will be hanging out with them.

Speaking of Jordana Brewster’s Mia, it looks like she might be returning for Fast 9 as well. In the franchise, Mia is Dom’s sister. In his Facebook Live video Diesel revealed Brewster’s presence saying, “You’re about to see [Brewster] in the upcoming chapters of the Fast universe.”

This might be kind of tricky since Mia is married to the late Paul Walker’s character, but it should be interesting to see how the folks over at Universal work it all out.

The return of Cipher 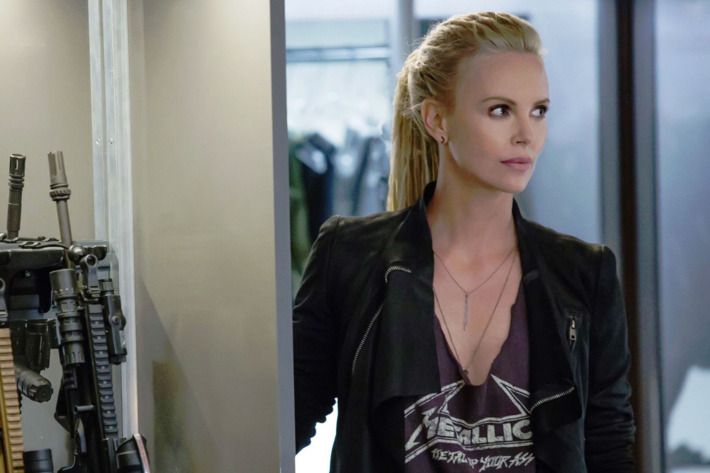 Charlize Theron as Cipher in Fate of the Furious | Universal Pictures

Despite donning those horrendous blonde dreadlocks, one of the best parts of The Fate of the Furious was Charlize Theron’s villainous Cipher. Though she wasn’t able to get what she wanted in the end, she also didn’t die, which means that she could be making her return in the ninth and 10th films.

As far as villains go, she is one of our favorites in the Fast & Furious universe. 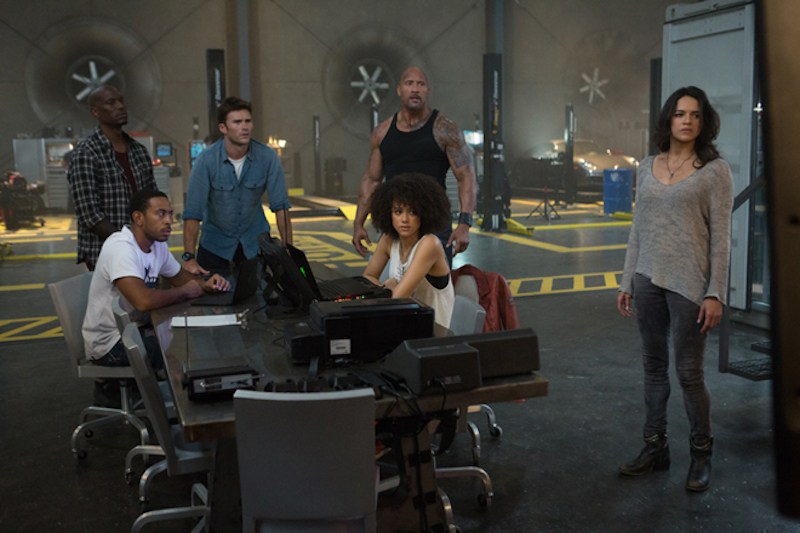 One of our favorite additions to the Fast Family was Scott Eastwood’s Eric Reisner aka Little Nobody. Not only did he provide some much-needed comedic relief to The Fate of the Furious, but he also added some new energy to the franchise. 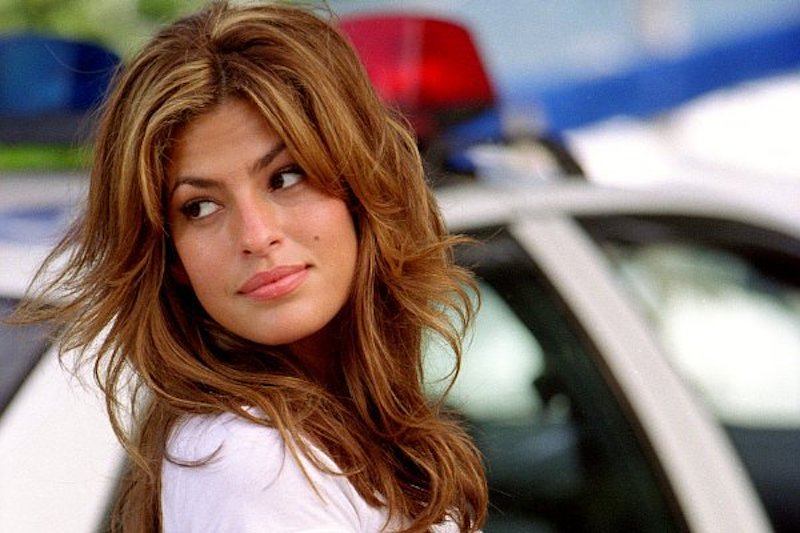 Way back in 2 Fast 2 Furious, Eva Mendes starred as Monica Fuentes, a double agent working with Brian and Roman. Fans thought Monica would return after she appeared in the post-credits in Fast Five. However, after three films, there has been no sign of Monica yet.

Michelle Rodriguez has been vocal about the lack of women in the franchise, so the ninth and 10th films seem like the perfect opportunity for Mendes to reprise her much-beloved role. We also need the franchise to figure out what they’re doing with Nathalie Emmanuel’s character Ramsay. She’s a badass hacker with very little screentime, and something needs to be done about it.