‘Fast and Furious’: How Dwayne Johnson’s Spinoff Could Change the Franchise For Good 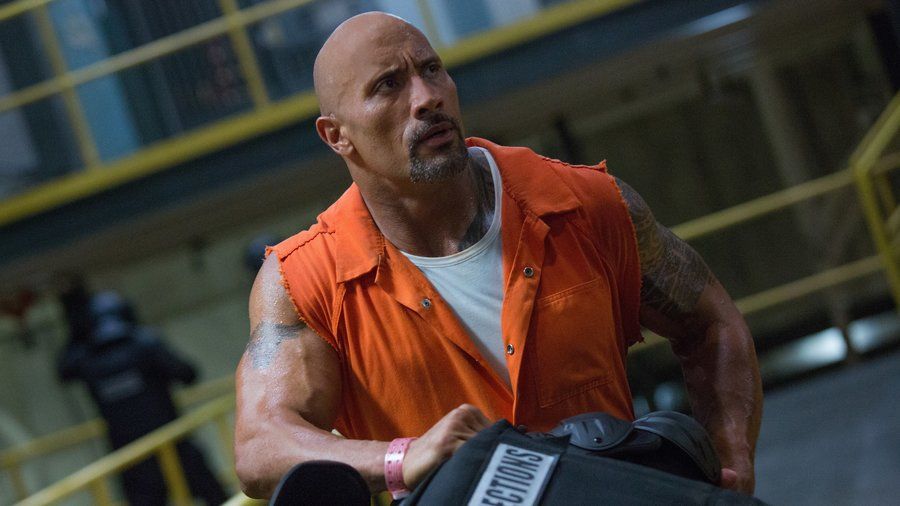 The Fast and the Furious franchise is one of the most successful of all time. What started out as a mid-budget movie in 2001 about streetcar racing has spawned seven sequels with the last two films, Furious 7 and Fate of the Furious, grossing over $1 billion each. But as fans anxiously await the release of the next installment, Fast and Furious 9, the future of the franchise is being threatened.

Dwayne “The Rock” Johnson, who has starred in four of the eight films, is working on a Fast and Furious spinoff with Jason Statham. The choice to do his own spinoff, though, has caused some turmoil among his Fast castmates and turned into an all-out feud with costar Tyrese Gibson. Johnson also has some new ideas for the series, which he wants to put forth in his movie.

Here’s what we know about the spinoff and how it could change the franchise as we know it.

Gibson warned Johnson not to do a Hobbs-Shaw spinoff

Before an official announcement was even made, reports that Johnson was considering doing a spinoff, centering on his Fast character Luke Hobbs and Statham’s Deckard Shaw, did not sit well with Gibson.

The singer publicly tried to talk his costar out of it, but to no avail.

Fast and Furious 9 is delayed while spinoff gets release date

On Oct. 4, 2017, it was announced via the Fast and Furious’ social media accounts that the ninth installment was being moved back a year and wouldn’t hit theaters until April 10, 2020.

Universal Pictures then confirmed that the Fast spinoff starring Johnson and Statham is in the works and would be released on July 26, 2019.

Gibson blames Johnson for Fast being pushed back

#PSA Congratulations to @TheRock and your brother in law aka 7 bucks producing partner @hhgarcia41 for making the fast and the furious franchise about YOU – And like you, DJ even if they call I will not be deleting this post – Gn folks see you in 2020 April #FastFamily right? Nah….. it's about #TeamDewayne #3yrs will it be worth the wait? #NoShaw just Hobbs will this be another #BayWatch? Guys guys just relax I'm just a passionate film critic

The news further angered Gibson who blamed the delay directly on Johnson.

TMZ caught up with the “Sweet Lady” artist a few days after his post, and while he said he wasn’t “hating” on the Baywatch actor for doing the spinoff, he thought the timing was “f**ked up.”

My goal from day 1 was to come in and create an exciting/fun character for the fans, elevate the franchise and build it out. #HobbsShaw2019 https://t.co/IJcdQTHSi3

Johnson finally broke his silence via Twitter and addressed his intentions for creating the Hobbs-Shaw spinoff.

“My goal from day 1 was to come in and create an exciting/fun character for the fans, elevate the franchise and build it out,” he tweeted, with a link to The Hollywood Reporter story about the spinoff.

Johnson shared a new trailer and clapped back at Gibson

Daddy’s gotta go back to work ~ Hobbs. Pumped to expand and build out the FAST & FURIOUS universe in a cool, exciting way with our @sevenbucksprod, writer/producer Chris Morgan, producer Hiram Garcia and lead producer and my bigger twin, Neal Moritz. Thank you UNIVERSAL STUDIOS for being tremendous partners who see the big picture and for coming to us years ago with this spinoff idea. Huge shout to my brother, Jason Statham for the trust and wanting to create and deliver something fresh and bad ass for the fans. I have a tremendous amount of respect for this franchise that I’ve enjoyed droppin’ blood and sweat in over the years and my vision is to create greater opportunities for not only my fellow FF cast mates, but for other amazing actors as well who want to be a part of something new and cool. I want to use my spinoff platform to create new characters that fans will ultimately love to have fun with in multiple chapters and platforms. Film, TV, Digital, Virtual Reality etc.. the more opportunities we can create the better for the fans. Smart business. Let’s have some FUN and to quote, Hobbs the boss, if you don’t like it, we’re happy to beat that ass like a Cherokee drum. #HOBBS #SevenBucksProds #NewOpportunities #CandyAssesNeedNotApply JULY 2019

The Central Intelligence star then took to Instagram and released a trailer for the spinoff, informing fans that he wants to introduce new characters in the film and clapping back at Gibson all in one post.

“I want to use my spinoff platform to create new characters that fans will ultimately love to have fun with in multiple chapters and platforms. Film, TV, Digital, Virtual Reality, etc … the more opportunities we can create the better for the fans,” Johnson wrote in lengthy post along with the hashtag, “#CandyAssesNeedNotApply.”

With the upcoming spinoff deviating away from the main series and the actor’s plan to introduce new characters, it could mark a major change for the action franchise.

Vin Diesel weighed in on controversy

Brotherhood… and all it's complexities. This scene was filmed in Puerto Rico, I can remember it like it was yesterday. Such a beautiful island, the people were so warm and welcoming. I turned 43 that summer… and my son Vincent was born. A woman named Jan Kelly responded to a question I had asked on Facebook, 'who they would like to see me work with?' She said would love to see me work with Dwayne… I listened to her request and he became Hobbs. I know there has been a lot of speculation as to why the Fast 9 release date was pushed… but it would be unfair to say it is anyone's fault. As we plot the course to expand the Fast & Furious universe, one must be mindful to take stock of the roads we took to get here. The pillars of authenticity, family and most importantly, our loyal fan’s perspective has been instrumental in procuring success. However, like any vehicle that has run around the globe 8 times, the franchise is in need of maintenance. My good friend and the godfather of Universal, Ron Meyer has granted me the time to do just that. We have some very exciting news to share soon… stay tuned. Yours truly, Dom #FamilyAlways

Wedged somewhere in between Gibson’s rant and Johnson firing back, costar Vin Diesel jumped in and tried to ease tensions. He wrote via Instagram:

I know there has been a lot of speculation as to why the Fast 9 release date was pushed … but it would be unfair to say it is anyone’s fault. As we plot the course to expand the Fast & Furious universe, one must be mindful to take stock of the roads we took to get here. The pillars of authenticity, family and most importantly, our loyal fan’s perspective has been instrumental in procuring success.

Haters come in many forms…… In my Kanye voice #BlackRose is one of the greatest R&B Soul Albums of all time my single #SHAME was #1 on Billboard for 16 weeks my album came in #1 on the TOP 200!!! Real R&B music lovers know….. This album is in a league of its own #BlackRose Can’t believe y’all – I just can’t, 2 days left maybe just maybe we can get it to top 20 don’t just look at this video lock in…………… … Yeah I’m talkin 2u If 20 people that see this get to the bio… You don’t even understand that would make me so so very happy – if you’re about to download the album just write I GOT YOU in the comments!

In subsequent days, Gibson still couldn’t let his feud with the former wrestler go and shared a video in which he claims that Johnson has taken direct shots at him in the past. The clip, shot a few years ago, shows Johnson criticizing Tyrese’s 2015 album, Black Rose. However, Johnson’s comments seem to be very tongue-in-cheek, as he’s even seen smiling as he walks away.

Now, fans are left with the question: Is this latest Fast feud real or just for publicity? And will the franchise ever be the same after the Hobbs-Shaw spinoff?