Singer Fats Domino has passed away at 89.  The good-natured performer was considered a pioneer of rock and roll.

Singer, songwriter, and piano player Fats Domino passed away Tuesday at the age of 89 in Louisiana. He died of natural causes, according to the Jefferson Parish coroner’s office. In his lifetime, Domino sold more than 110 million records. His hits included “Blueberry Hill” and “Ain’t That a Shame.” 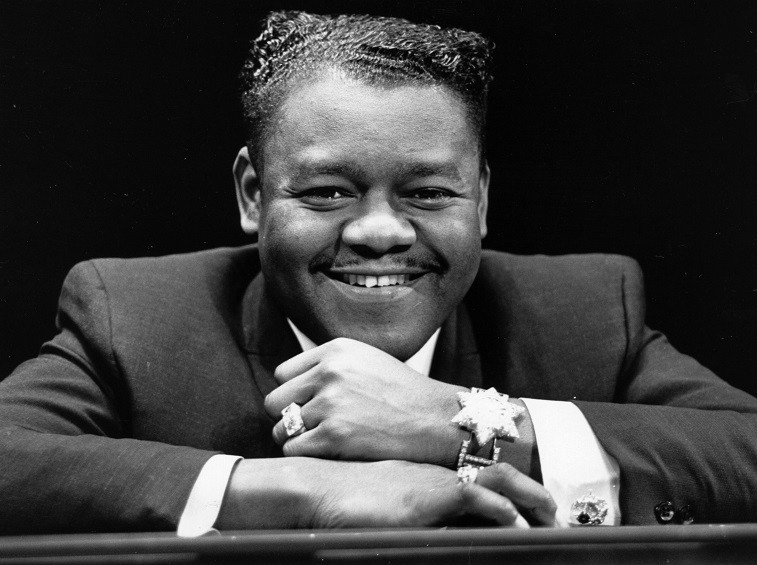 Domino’s 1956 recording of “Blueberry Hill” (a 1940 song by Vincent Rose, Al Lewis, and Larry Stock), reached number 2 in the Top 40 and number 1 on the R&B chart. It was his biggest hit, selling more than 5 million copies globally. The recording of the song went on to be selected for the Library of Congress’ National Recording Registry of historic sound recordings worthy of preservation.

In selecting the song for the registry, the board noted that Domino’s “New Orleans roots are evident in the Creole inflected cadences that add richness and depth to the performance.”

A video shows Domino performing “Blueberry Hill” on The Ed Sullivan show circa 1956:

In 1988, Domino performed “I’m in Love Again” on Late Show with David Letterman. After the song, Letterman showed a photo of Domino and the Beatles when the band came to New Orleans in 1963.

In addition to The Beatles, another celebrity musician with whom Domino was acquainted was Elvis Presley. The two performed “Blueberry Hill together,” with Presley doing vocals and Domino on piano, in this audio recording:

In a brief clip from an interview circa 1957, Domino was asked about being a rock and roll pioneer. His response was simply, “What they call Rock and Roll now is Rhythm and Blues. I’ve been playing it for 15 years down in New Orleans.”

Another one of Domino’s greatest hits was “Ain’t That a Shame,” from 1955. It was said he crossed into the pop mainstream with this song.

Domino largely stayed out of the spotlight since the 1990s. He remained in his hometown of New Orleans and was there when Hurricane Katrina struck in 2005. He and his family were rescued by boat from his home. As a result of the flooding, the performer lost three pianos and dozens of gold and platinum records. 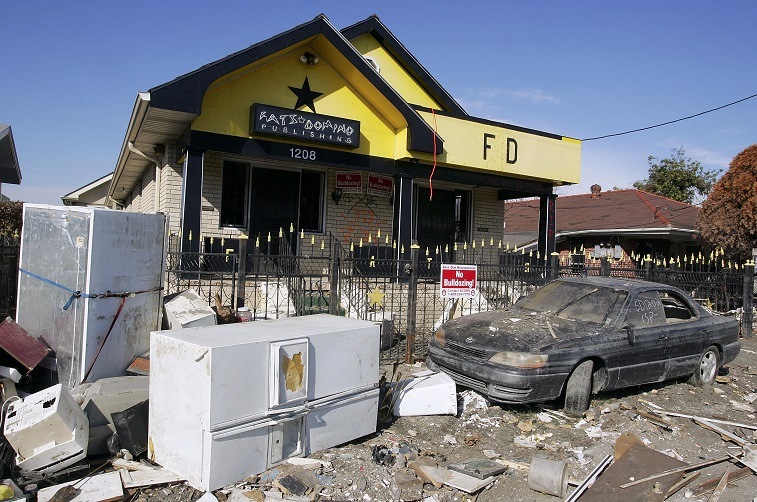 “I ain’t missin’ nothin’,” Domino said after the rescue. “Just one thing that happened, I guess. I’m just sorry it happened to me and everybody else, you know?”