‘Fault in Our Stars’ Fans Will Love ‘Looking For Alaska’ Movie 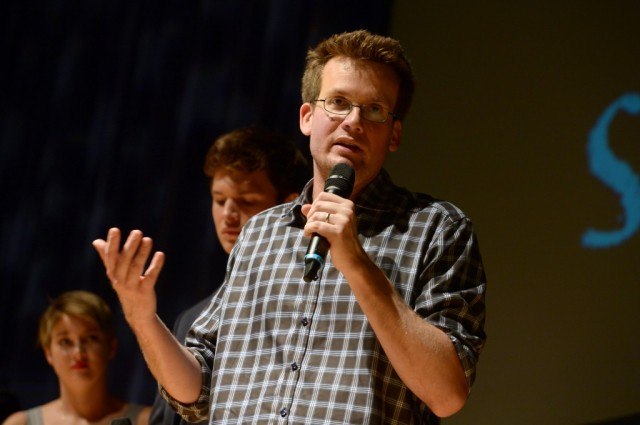 A big-screen adaptation of John Green’s debut novel, Looking For Alaska, has long since been in the works, but the project finally took a major leap forward this week. Scott Neustadter and Michael H. Weber, the same writing duo behind the film version of Green’s bestselling The Fault in Our Stars, have just signed on to pen Paramount’s upcoming take on the 2005 young adult book.

Looking For Alaska is the first, and arguably most loved, of all of Green’s novels. It centers on teenager Miles Halter, who moves from his home in Florida to attend a boarding school during his junior year. Once there, he meets a beautiful and enigmatic student named Alaska and quickly begins to fall for her. The novel won the Michael L. Printz Award in 2006 and has gone to become a cult hit, although it didn’t actually hit the New York Times bestseller list until 2012. A special edition of the book was released earlier this year in honor of the 10th anniversary of its publication.

The film adaptation has been stuck in development for years. Paramount bought the rights to the book in 2005, the year it was published, and hired Josh Schwartz (The O.C., Gossip Girl) to write the screenplay. Though a script was completed, the studio was apparently less than enthused about the final result and ended up shelving the project for years. It wasn’t until after the huge success of TFIOS that it decided to once again pursue the movie, this time with Newstadter and Weber on board.

Per EW, Newstadter and Weber will serve as producers on Looking For Alaska in addition to penning the screenplay, as they did on TFIOS. It’s no surprise that Paramount would want to re-team the writing duo with the author, considering what a hit their last collaboration was. TFIOS, starring Shailene Woodley and Ansel Elgort, was both a critical and commercial success. In addition to earning praise from reviewers for striking just the right balance between funny and heartbreaking, the movie earned a stunning $305.2 million worldwide. Perhaps even more impressive, it was well-received by Green’s devoted fans (known as the nerdfighters), who lauded the film for staying true to its source material.

With Newstadter and Weber now back at the wheel, there’s a good chance that fans will likely be just as pleased with Looking For Alaska. At the very least, it’s an exciting step of progress for the long-gestating project.

For Green, this marks one of three big-screen adaptations currently underway. His 2008 novel, Paper Towns, is also being made into a feature film, starring Natt Wolf (who also played a part in TFIOS) and Cara Delevigne. That movie, also penned by Neustadter and Weber, is set to hit theaters in June.

Also in the works is Universal’s Let It Snow, based on the collection of holiday-themed YA short stories co-written by Green, Maureen Johnson (Shades of London series) and Lauren Myracle (Thirteen Plus One). The adaptation was announced in September and is still in the early stages of development.