Felicity Jones feels like an overnight Hollywood “It Girl” with her major role in one of the biggest films to come out last year: Rogue One: A Star Wars Story. But the truth is that while Jones has only recently exploded to A-list, leading actor status, she has been quietly performing in smaller films and winning the hearts of critics along the way. Here are eight must-see Felicity Jones films to get you caught up on the portfolio of one of the most talented actors in the industry. 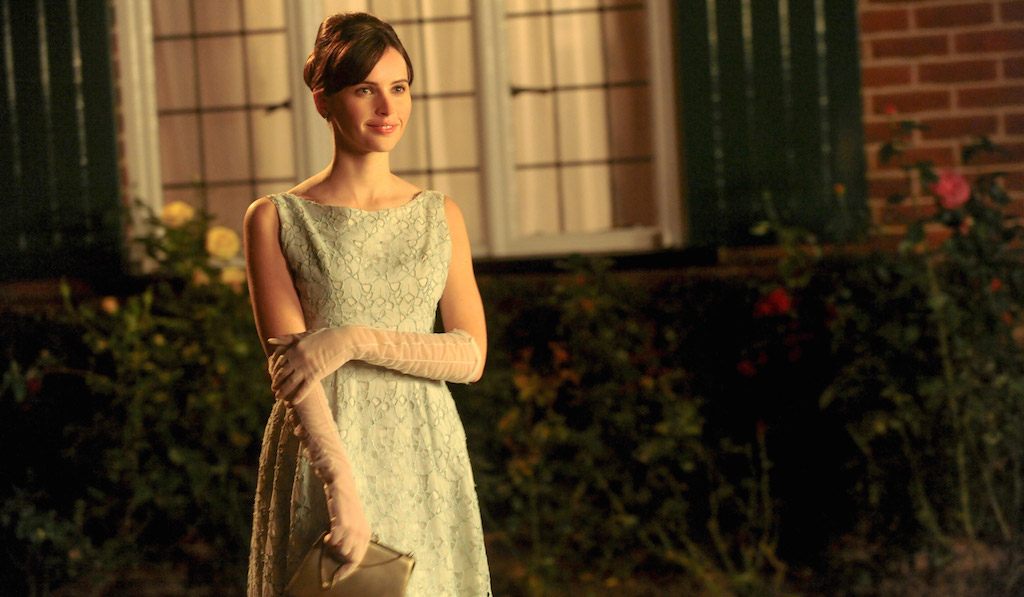 The Theory of Everything | Source: Focus Features

The Theory of Everything is a 2014 biographical film that revolves around the relationship between theoretical physicist Stephen Hawking and his wife Jane Wilde Hawking. The film was based on Jane’s memoir Travelling to Infinity: My Life with Stephen. While come award season it was actor Eddie Redmayne that received the lion’s share of awards, including the Academy Award for Best Actor, Jones’s performance as Jane was pivotal to the film’s success. “In a more recessive role, Jones is no less impressive,” writes the Chicago Tribune’s Michael Phillips. “She hints at Jane’s internal struggles even when the film itself chooses a more decorous route.” 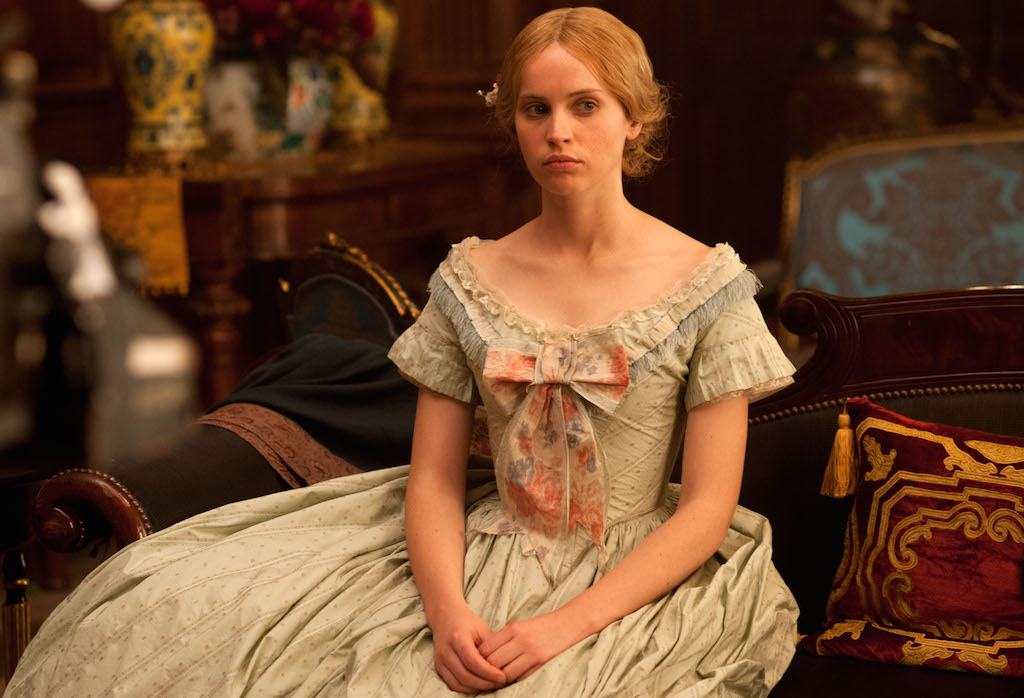 Another biographical film, The Invisible Woman is based on a book of the same name by Claire Tomalin. The movie tells the story of the 13-year affair between Charles Dickens (Ralph Fiennes) and Nelly Ternan (Jones) that lasted until his death in 1870. In the unenviable position of acting alongside talented actor Fiennes — who also directs — Jones establishes herself as an actor who can shine even among the biggest stars.

“With her swanlike neck and ever-flushing complexion, Felicity Jones has a perfect nineteenth-century look,” Vulture’s David Edelstein writes. “As she gazes down in enforced modesty, you feel her soul about to burst. The performance is startlingly vivid.” 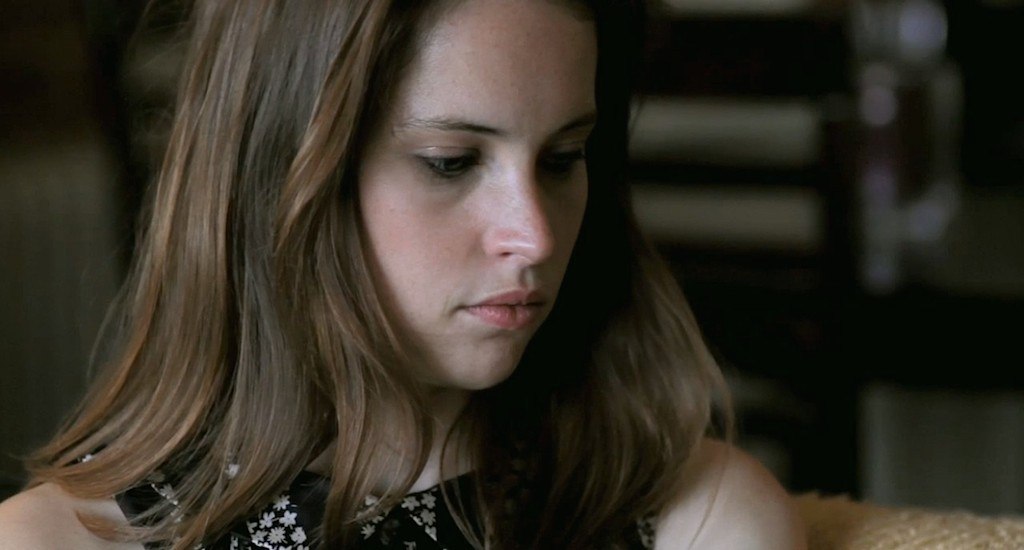 A melancholy film made even sadder by the recent passing of Jones’s co-star, Anton Yelchin, Like Crazy is one of the films that brought Jones to the attention of Hollywood. The romantic drama tells the story of British exchange student Anna (Jones) and American student Jacob (Yelchin) as they fall in love in Los Angeles. The pair are soon tested when Anna is denied re-entry to the country.

At the time of release Yelchin had been a much bigger name than Jones, but critics were floored by her subtle performance that made the relationship electric. Michael Phillips of the Chicago Tribune writes, “The reason to see it co-stars with Anton Yelchin, around whom the project got going. Her name is Felicity Jones.” 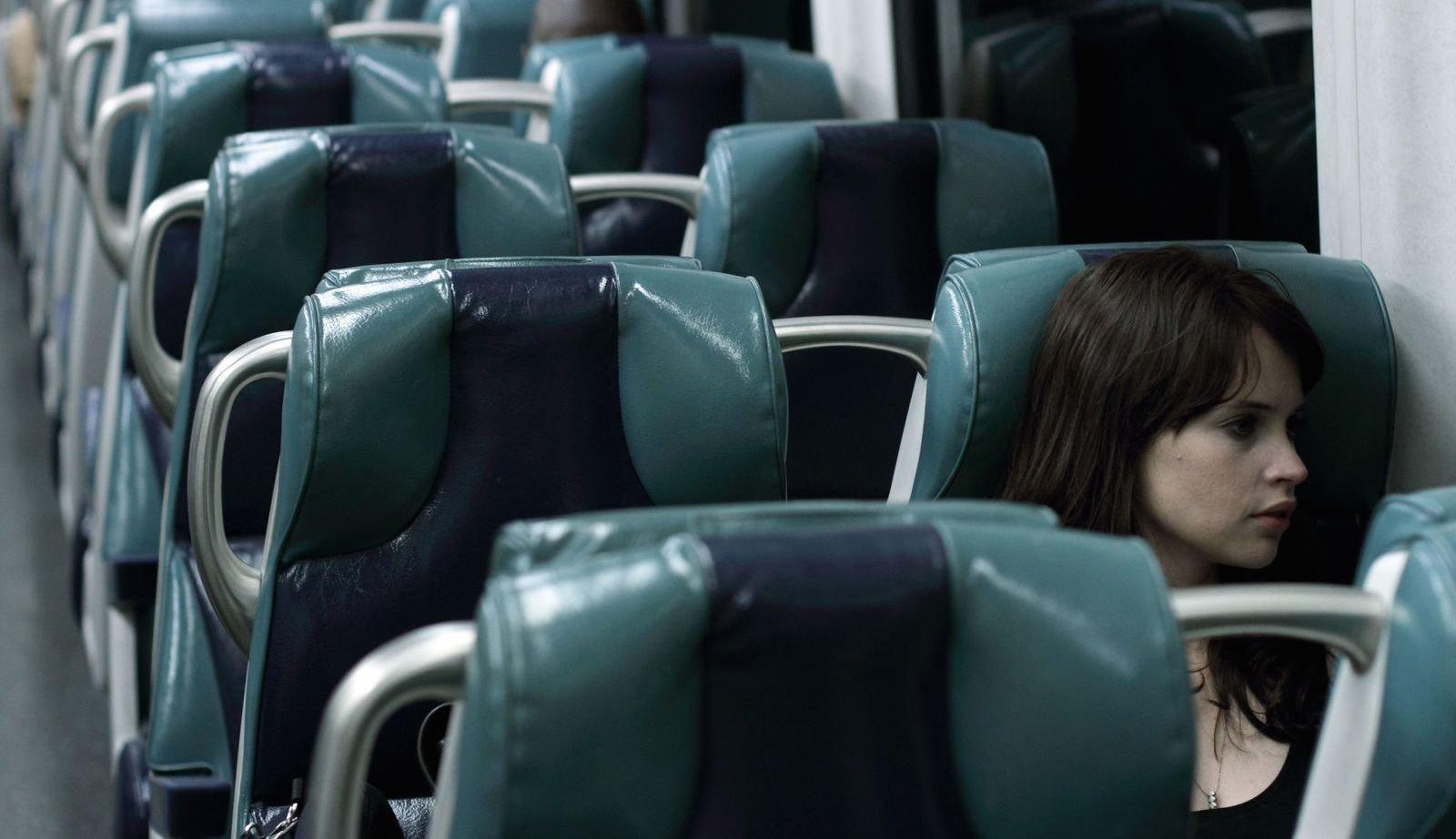 From the same writer and director of Like Crazy, the drama Breathe In arrived two years later and revolves around an affair between a high school music teacher (Guy Pearce) and an English foreign exchange student (Jones), which leads to devastating results. While the film received mixed reviews from critics, the performances in the film by Pearce and Jones were highlighted as some of the best it had to offer.

“Every moment between stars Guy Pearce and Felicity Jones feels so much like an explosion about to go off that viewers may hesitate to so much as take a breath at the wrong time for fear of disturbing the film’s delicate equilibrium,” writes the Los Angeles Times’s Kenneth Turan. 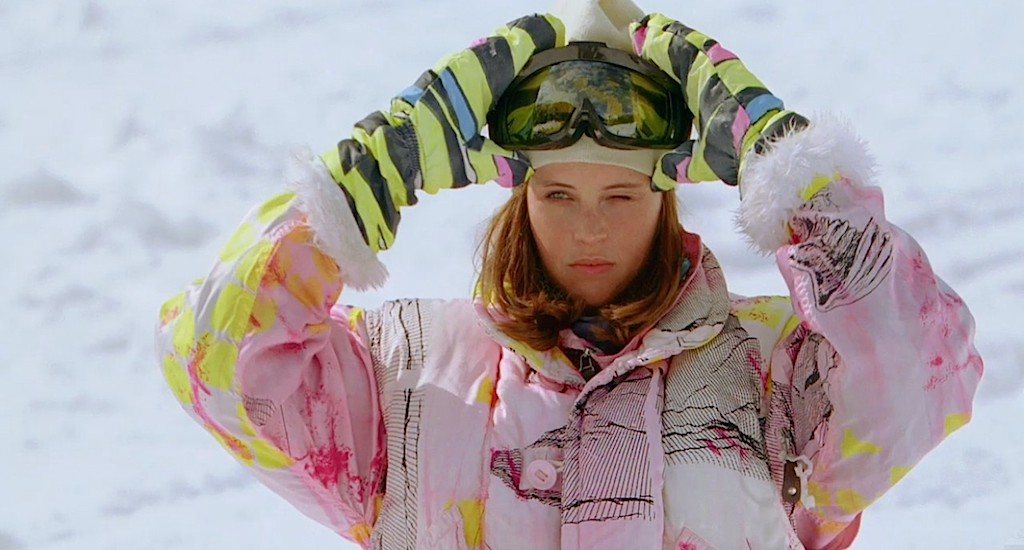 An early film starring Jones that most people probably haven’t seen, Chalet Girl is a British romantic-comedy sports-film about a former skateboard champion who after taking a catering job at a fancy ski chalet discovers her natural talent for snowboarding. A light comedy aimed at teenage girls, the charming film nonetheless benefits from Jones’s talent as an actor making the film effortlessly fun to watch even if it isn’t exactly high art. 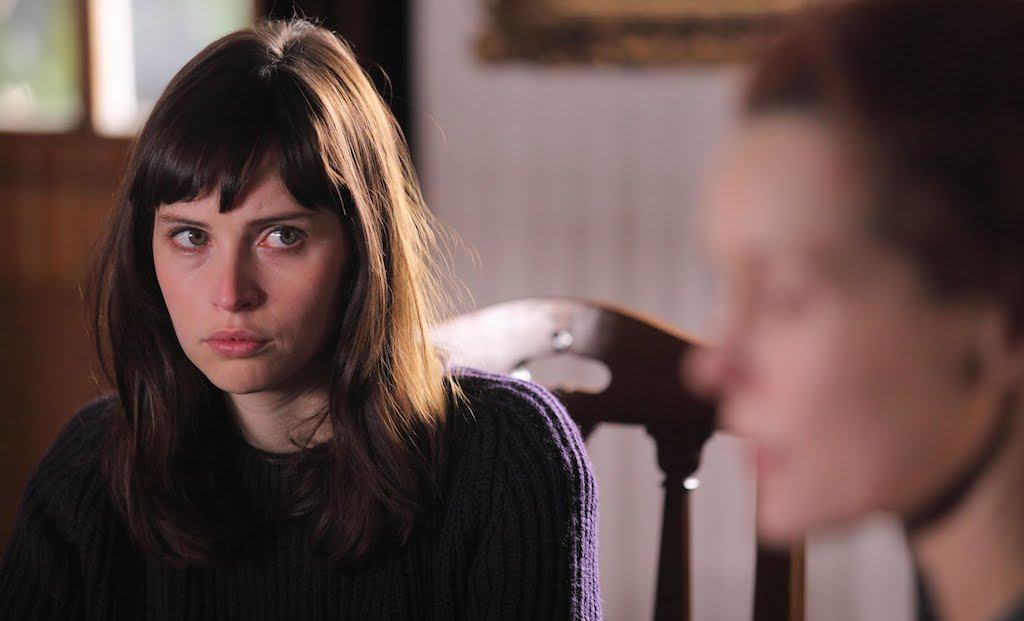 Page Eight is a political thriller that debuted on the BBC in 2011 and was followed by two sequels — Turks & Caicos and Salting the Battlefield — that make up the Worricker Trilogy. With a cast including Bill Nighy, Rachel Weisz, Michael Gambon, and Ralph Fiennes, Page Eight follows M15 officer Johnny Worricker’s (Nighy) journey to route out the truth when a friend and colleague dies unexpectedly. Jones has a small role as Julianne, Johnny’s daughter, and even if the film isn’t the greatest show of Jones’s talent, it’s a fantastic film for anyone into spy thrillers. 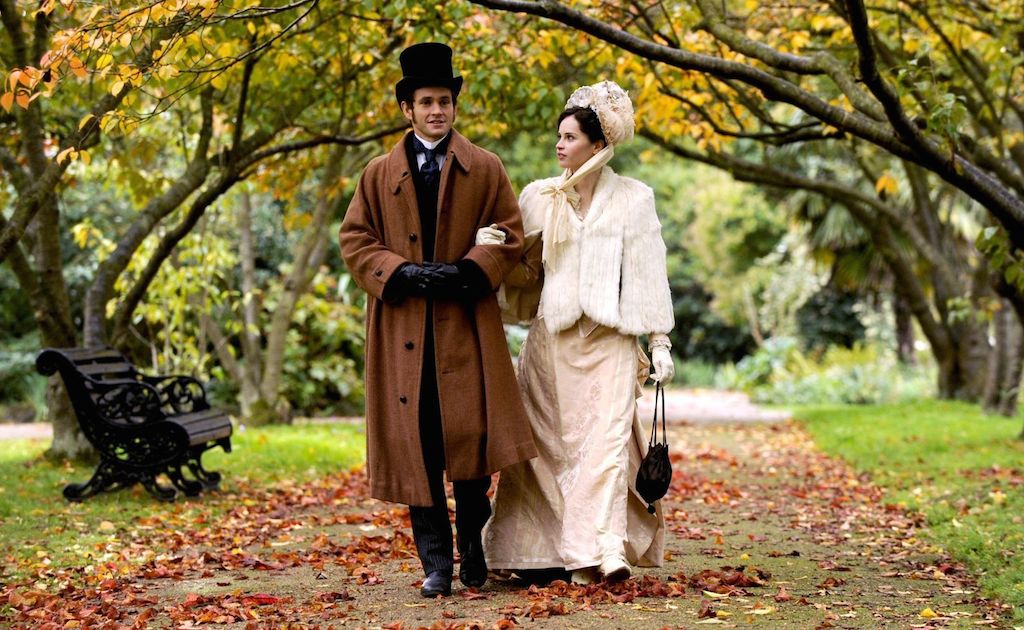 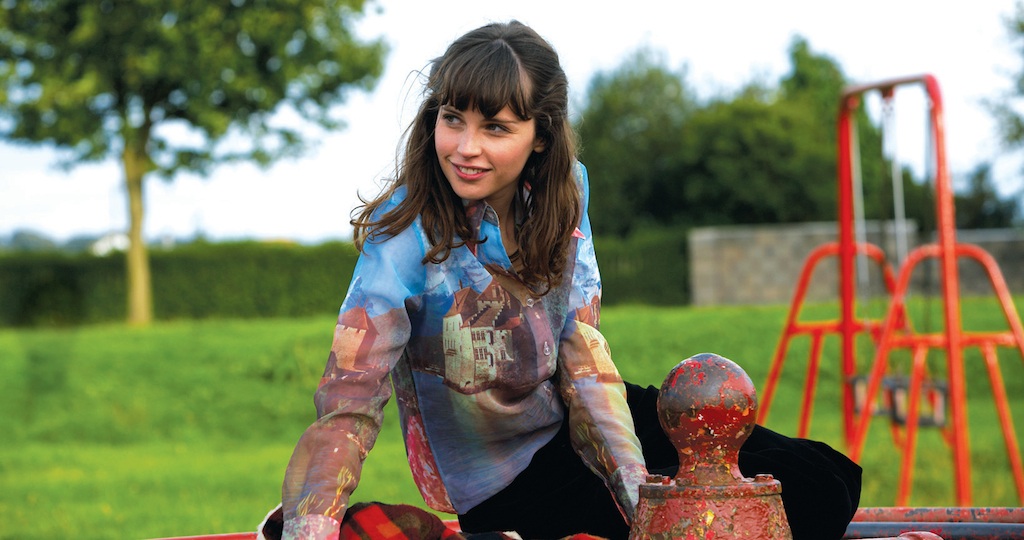 One of Jones’s first major roles in a feature film, SoulBoy is a coming-of-age-film that revolves around the British Northern Soul scene in 1974. The common response to the film is that while it doesn’t have many surprises when it comes to the genre, the film is filled to the brim with an infectious energy that more than makes up for it. Jones’s portrayal of Northern Soul-obsessed Mandy Hodgson leads the way.