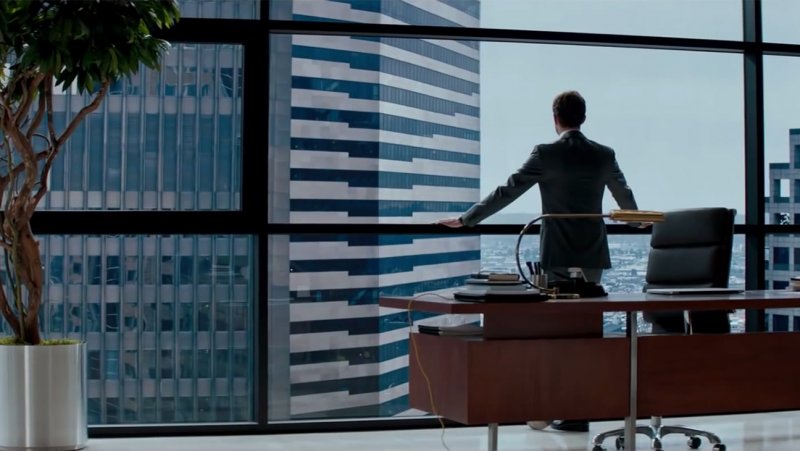 The Fifty Shades of Grey film franchise seems to be really good at one thing: making tons of money at the box office. When it comes to keeping the people actually working on the movies happy, there’s a much different story, as rumors of fighting between the stars and between the director and the writer have plagued the film from its inception. While the most persistent rumors were saying that star Jamie Dornan was headed out the door, it ended up being director Sam Taylor-Johnson who chose to pack her bags and leave the franchise despite the huge paycheck that was likely awaiting her for the second installment.

Taylor-Johnson announced her departure from the franchise in an exclusive statement to Deadline. “Directing Fifty Shades Of Grey has been an intense and incredible journey for which I am hugely grateful. I have Universal to thank for that. I forged close and lasting relationships with the cast, producers and crew and most especially, with Dakota and Jamie. While I will not be returning to direct the sequels, I wish nothing but success to whosoever takes on the exciting challenges of films two and three,” she said.

Deadline said that Taylor-Johnson repeatedly clashed with the author of the novel trilogy E.L. James on the creative direction of the movies. James was given an unprecedented amount of creative control over the film adaptations of her novels, which she insisted on as a way to make sure the movies would be true to the fan experience of the books. Taylor-Johnson, however, felt creatively inhibited by the arrangement and got into clashes constantly with James on set.

There’d been speculation that Taylor-Johnson wouldn’t return to direct the sequels given how publicly she’d spoken about getting into tiffs with James. But there had also recently been question about whether the film’s stars would be willing to come back, either. Taylor-Johnson and James aren’t the only people who were rumored didn’t get along while filming the movie.

Johnson herself also spoke pretty candidly about how uncomfortable it was to film the movie’s raunchy sex scenes, during which she is the one who is more objectified by the camera. As the contracts for the sequels were getting lined up, rumors flew about the giant raises that Dornan and Johnson were asking for that the studio didn’t feel were fair to give, since the books are what has drawn fans into theaters and not the actors. The Hollywood Reporter broke the story that Dornan and Johnson would ask for seven-figure raises for the second two films, along the same lines of the pay increases received by Jennifer Lawrence for The Hunger Games and the stars of the Twilight franchise. Eventually some kind of deal was worked out and the actors were confirmed for the final two movies, Fifty Shades Darker and Fifty Shades Freed.

Fifty Shades of Grey has made $558 million worldwide so far according to Box Office Mojo. Though the movie has been plagued by creative and interpersonal difficulties, the sequels will likely top the box office performance of the first film. Since the movie accomplished its box office domination and pleasing fans without having to receive decent reviews — it was pretty universally panned by critics — then switching directors shouldn’t be too damaging to the franchise overall. It’s worth pointing out that other mega franchises like Twilight, The Hunger Games, and Harry Potter have all had multiple directors work on their various movies. As long as the studio can desperately hold a team together long enough to get the next two Fifty Shades movies shot, then they can reap their rewards.