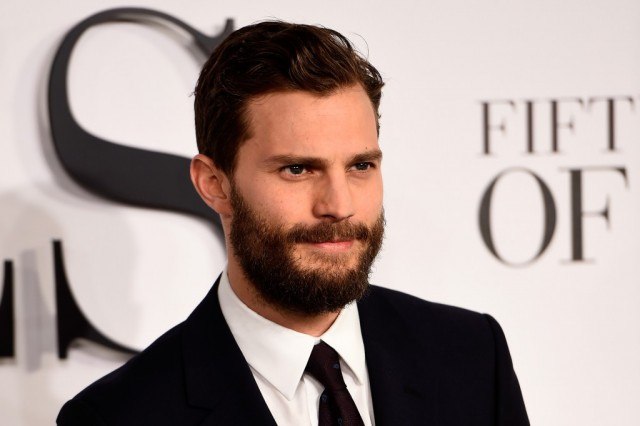 Netflix is moving further into the world of original feature films, this time with the help of Fifty Shades of Grey star Jamie Dornan. The streaming service has just acquired the rights to the actor’s next movie, a war drama entitled Jadotville.

Written by Kevin Brodbin, the thriller is based on the 1961 siege of an Irish UN battalion by 3,000 Congolese troops, led by French and Belgian mercenaries working for mining companies. According to The Hollywood Reporter, Dornan is set to play the Irish commander Patrick Quinlan. Guillaume Canet will co-star as a French commander. Richie Smyth is on board to direct the upcoming film, while Parallel Films’ Alan Moloney will produce.

Per THR, Netflix picked up the project when it was brought to the market at the Berlin Film Festival. “The story of how Pat Quinlan led his troops against an overwhelming force without losing a single man is one of the great stories of the 20th century, and we are proud to be working with such a talented and committed team to bring it to life,” Netflix chief content officer Ted Sarandos said in a statement.

This isn’t the first time that Netflix has helped bring one of Dornan’s projects stateside. The company also streams The Fall, a BBC crime miniseries in which Dornan stars as a serial killer and Gillian Anderson as the detective who’s chasing him. The show, which has so far aired 11 episodes split over two seasons, reportedly has a third season in the works, although it has yet to be officially confirmed.

Now is definitely a good time for any studio to pick up a project featuring Dornan. In addition to garnering attention for The Fall, the actor has been enjoying a new level of fame ever since first nabbing the lead role of Christian Grey in the Fifty Shades film. The movie, which had a strong opening over Valentine’s Day weekend and is expected to continue earning big in the coming weeks, has helped turn Dornan into a household name and cemented him as one of Hollywood’s newest, most in-demand stars.

The actor already has a jam-packed schedule of projects, aside from a potential third season of The Fall and Jadotville. In fact, Fifty Shades is only the first of three of Dornan’s films scheduled to hit theaters sometime this year. The star recently wrapped filming for the still-untitled John Wells project, also starring Bradley Cooper, Emma Thompson, and Sienna Miler. He’s co-starring with Sarah Gadon and Aaron Paul in the upcoming supernatural thriller, The 9th Life of Louis Drax, based on Liz Jensen’s best-selling novel of the same name.

For Netflix, Jadotville is only the latest push into original films. The streaming service, which has already made its mark on television with acclaimed shows like Orange is the New Black and House of Cards, has made it clear it’s now turning its attention to movies. The Crouching Tiger, Hidden Dragon sequel, set to premiere in IMAX theatres and on Netflix in August, will mark their first original picture. The company has also struck four movie deals with both Adam Sandler and The Duplass Brothers.

Jadotville will go into production in April and become available for streaming sometime in 2016.