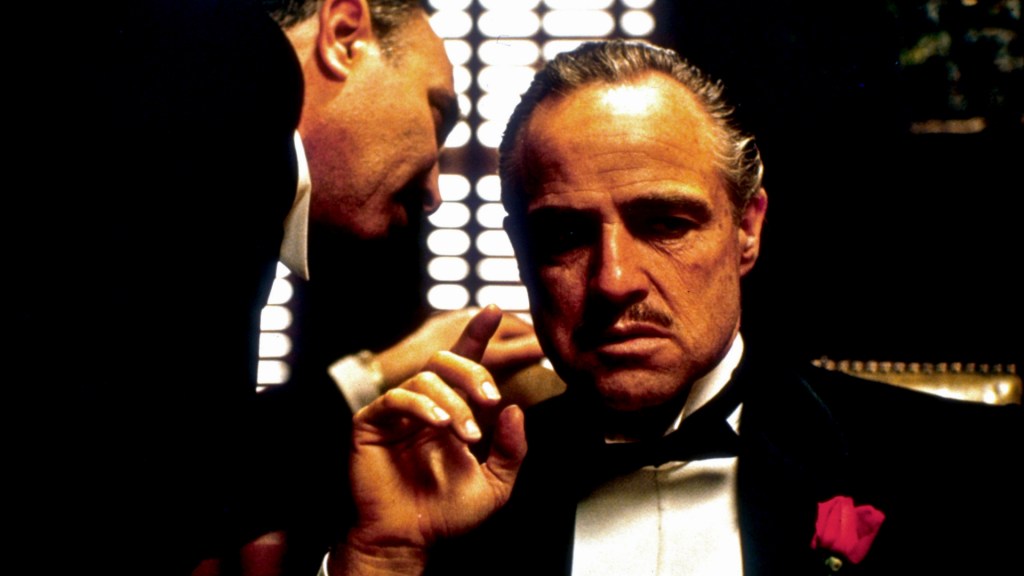 Gordon Willis arguably created the “look” of what we now define as the 1970s in movies. At the apex of New Hollywood, that glorious period between Bonnie and Clyde and Star Wars (though Apocalypse Now is perhaps like the epilogue of the era), Francis Ford Coppola’s The Godfather films became simultaneously the most popular films in the world as well as the most critically acclaimed films, which is a difficult feat. A lot of that is thanks to Willis, who created a noir feel using color and darkness working in tandem.

His golden hued photography and penchant for stark-contrast lighting lent an air of classic romanticism to The Godfather trilogy. The opening scene of The Godfather set the tone for the next eight years of American films; the camera is uncomfortably close to the face of an Italian-American man, talking about how he loves America, his skin a sallow glowing patch against a background of black. The camera slowly zooms back, so slowly you almost don’t notice it at first, as the man talks about betrayal, violence, and the corrupt justice system until we arrive beside a powerful silhouette — Marlon Brando’s Don, Vito Corleone. The first man gets up and walks over to Corleone to whisper in his ear, and the camera finally moves, showing us the face of hope, justice, power, and vengeance.

The entire scene unfolds with a sense of grace and elegance that has never been matched. Enveloped in mystery, careful and calculated but not stilted, the scene commands your attention with its quietude and imagery, at once stark and noirish yet somehow soft, like a fever dream of warm colors. Brando is a looming shroud, as much a legend manifested as he is a man; the dark heart of capitalism rendered in flesh. The darkened hollows of his eyes suggest an ineffable emptiness.

As Pete Biskind’s classic book Easy Riders, Raging Bulls discusses, The Godfather was a nightmare to make. Coppola and his writers and producers and actors all clashed, a battle of egos and talents all vying for control. Robert Towne, who would go on to write Chinatown, contributed dialogue to the film but didn’t receive credit, and Robert Evans, head of Paramount at the time, thought he was invincible, a super-producer still clinging to the corpse of the producer-led era of filmmaking.

Coppola didn’t want to direct the film — he didn’t want to do a movie about Italian gangster — and fancied himself an auteur (his post-Apocalypse Now career proves that he is, indeed, a talent in major need of other major talents with which his can coalesce and keep things under control.) Al Pacino didn’t get along with Brando because Pacino thought he was the star. The actors were invited to improvise and do what felt natural; one famous story has Pacino and Duvall walking and talking Aaron Sorkin-style through the Corleone house, but the hallway they walk down wasn’t lit. It wasn’t part of the planned shot. Coppola demanded the enter house be lit so his actors could go wherever they wanted, which is simply not feasible.

Coppola’s wild demands and the manic work environment makes Willis’ achievements even more impressive. That he created a look so singular and so coherent, so consistent and wholly accessible, is astonishing.

His single greatest shot is probably the famous wide-shot of Woody Allen and Diane Keaton sitting in front of the darkened outline of the Queensboro Bridge in Manhattan. Shot in black-and-white on 35mm in a 2.35:1 aspect ratio, the film looks literary and articulate, with the city coming to life as much as any of the characters. As with Annie Hall and The Godfather films, Willis gave Manhattan a look at once mysterious yet sharply defined and romantic, a lucid dream feel that compliments the writing instead of hijacking viewers’ attention.

Willis didn’t have a very prolific career. He didn’t get his start until he was 38, and he didn’t work often. His work in the ’70s – The Godfather, The Parallax View, All the President’s Men, Woody Allen’s films — is essentially his legacy. He was only nominated twice for an Oscar: once in 1983 for Allen’s Zelig, and once in 1990 for the utterly forgettable The Godfather: Part III, more of a belated consolation prize than anything else.

Willis, who was 82, leaves behind a tremendous legacy. Marlon Brando’s face may be the iconic image of The Godfather, but it was Gordon Willis’ vision that made that face.