‘Finding Dory’: A New Animated Classic, or a Waste of Time?

Whenever a significant amount of time goes by between two entries in a film franchise, there lies the big question of whether the sequel will be a successful revival of a faded brand (Jurassic World) or a too-late attempt to extend a single blockbuster’s appeal (the falsely named Independence Day: Resurgence). In the case of Finding Dory, the film also had the burden of following in the wake of several subpar Pixar sequels and a legacy of releases that stand among the best animated films ever made. The fact that it comes on the heels of a year marked by two Pixar films widely ranging in quality — the universally adored Inside Out and the box office misfire The Good Dinosaur — left many fans and critics worried which side of that equation Finding Dory would land on.

Despite hitting theaters a whopping 13 years after audiences found Finding Nemo, the sequel takes place roughly a year after Marlin (Albert Brooks) and Dory (Ellen DeGeneres) ventured across the ocean to find Marlin’s titular son in the first film. Following the breakout success of the character of Dory, it makes sense that the filmmakers — including returning director Andrew Stanton — would shift the narrative focus to the fan-favorite blue tang’s quest to overcome her memory loss and find her family. After all, few animated characters introduced in the aughts have demonstrated the enduring appeal that DeGeneres’ beloved fish has. In fact, among Pixar characters, Dory might be among the most beloved out there, giving Woody and Buzz Lightyear a hotly contested run for their (Monopoly) money. 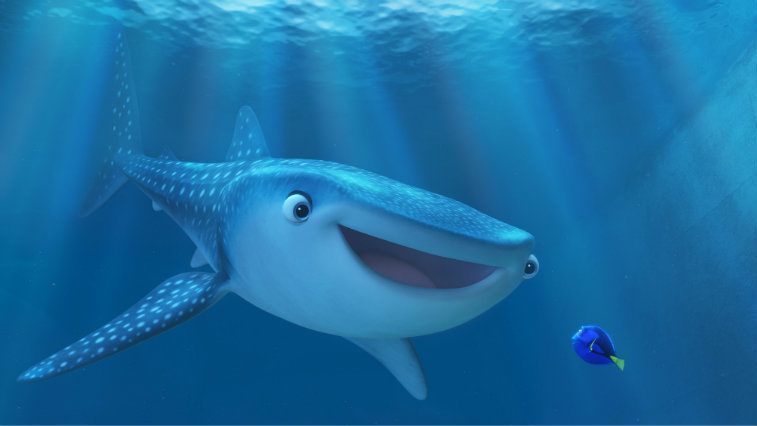 Whereas Nemo mostly plays her memory problem for laughs, Finding Dory delves into the tragic ramifications of its titular character’s condition. It’s in frequent flashbacks to her childhood and the resulting isolation that Dory has experienced throughout her life that the film exhibits its most heartwarming moments. Pixar has proven time and again its ability to seamlessly integrate pathos and social commentary into its family-friendly adventures, whether it be the ruminations on mortality in the Toy Story series to the environmentally conscious cautionary tale behind WALL-E. Dory’s character arc is the film’s greatest strength, but of course, no Finding Nemo sequel would be complete without a series of memorable side characters.

Chief among them are a pair of whales voiced by Ty Burrell and Kaitlin Olson as well as a seven-legged “septopus” Hank (voiced by Ed O’Neill), who shares the most direct interaction with Dory as she navigates the Marine Life Institute in search of her parents (voiced by Diane Keaton and Eugene Levy). The latter’s irascible attitude neatly contrasts with Dory’s bottomless optimism, highlighting Dory’s ability to transcend her limitations and brighten up whatever part of the ocean she swims into. More troubling are a trio of sea lions and a particularly out-of-control bird that muddy the waters of the film’s allegorical tale of an individual dealing with special needs and how that reality affects the friends and family around them. 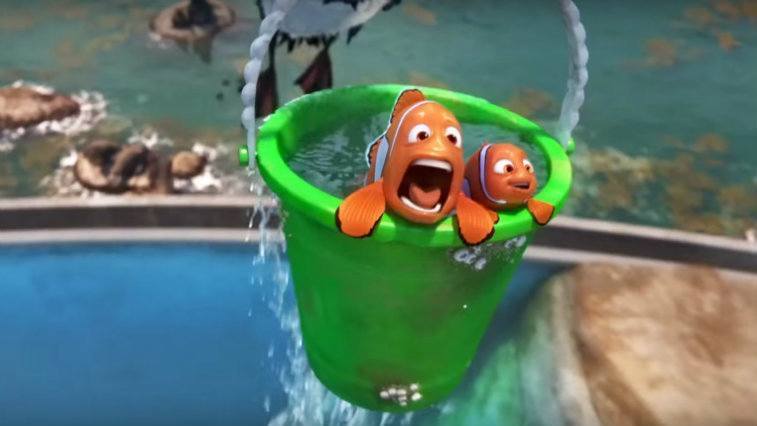 Aside from its memorable character-driven story, Finding Dory packs in many hilarious situations along the way, adopting an episodic road trip style of comedy that closely follows the original film. In particular, a scene involving a children’s “touch pool” of aquatic animals humorously hews back to the fact that humankind is actually the primary antagonist of this franchise’s world. Yet, some of the more outlandish sequences stretch believability dangerously close to the breaking point, even in a universe populated by talking sea creatures. The film also smacks on overcrowdedness at times, exhibiting a tendency toward attention deficit disorder clearly aimed at keeping children entertained. In the process, the story loses some of its impact as a result, robbing the film of the same level of emotional resonance as its forebear.

Even if Finding Dory falls short of the benchmark set by its predecessor (or more recent classics like Toy Story 3 and Inside Out), it does largely work as a standalone piece that more deeply explores a set of themes Pixar had not previously dove into in such great detail — and legitimizes the decision to develop a spinoff centered on one of the studio’s most popular creations. Is Finding Dory a breakthrough for animated storytelling (or the animation studio behind it)? Nope. Yet, its message is certainly a worthwhile one, and it does enough right to prove a worthy followup to Finding Nemo. With the right story, perhaps Disney and Pixar could eke out one more trip under the sea (a likely inevitability considering Dory‘s box office numbers), but if Finding Dory is the last we see of this particular world, it’s a fitting conclusion.