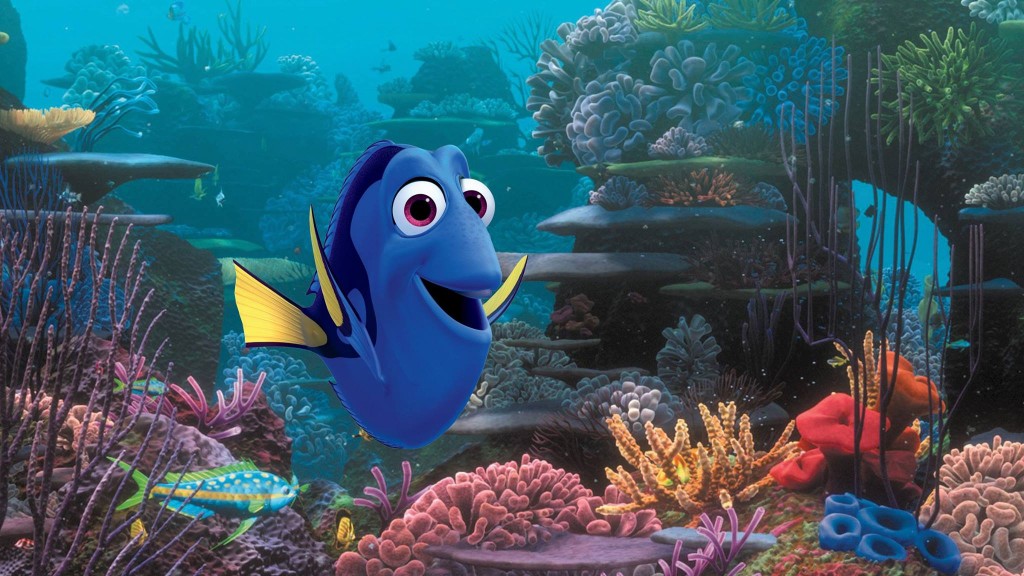 The process for getting a Pixar movie from its planning stages to the final product is infamously difficult. It’s no small task animating hundreds of elements in 3D, making them interact with each other, and then matching that to a coherent story accompanied by A-list voice actors. For Supervising Animator Michael Stocker, it’s just another day on the job, heading up the talented animation team for Pixar’s latest project, Finding Dory.

The movie itself wasn’t as simple as bringing back the team from Finding Nemo to do it all over again. Now 13 years later, “There are only a few people who worked on the first one that worked on this one,” Stocker tells us. “We have to go back to fish school and learn how fish swim,” and that’s not even figuring in for all the changing technology that makes a simple copy/paste impossible.

We had to rebuild and remake Marlin and Nemo; all the characters we had to start over and make them again. It’s like if you typed a Word document 13 years ago and tried to open it, it’d just be a mess. And that’s exactly how this is. If we try to open these old characters up again they’re a mess. Everything’s different.

Still, with a veteran of the animation industry like Stocker in charge, Finding Dory found itself in good hands. Here we have a resume that dates all the way back to work as a trainee on The Lion King, to his role as either an animator or directing/supervising animator on seven separate Pixar films, including The Incredibles, Toy Story 3, and tons more. 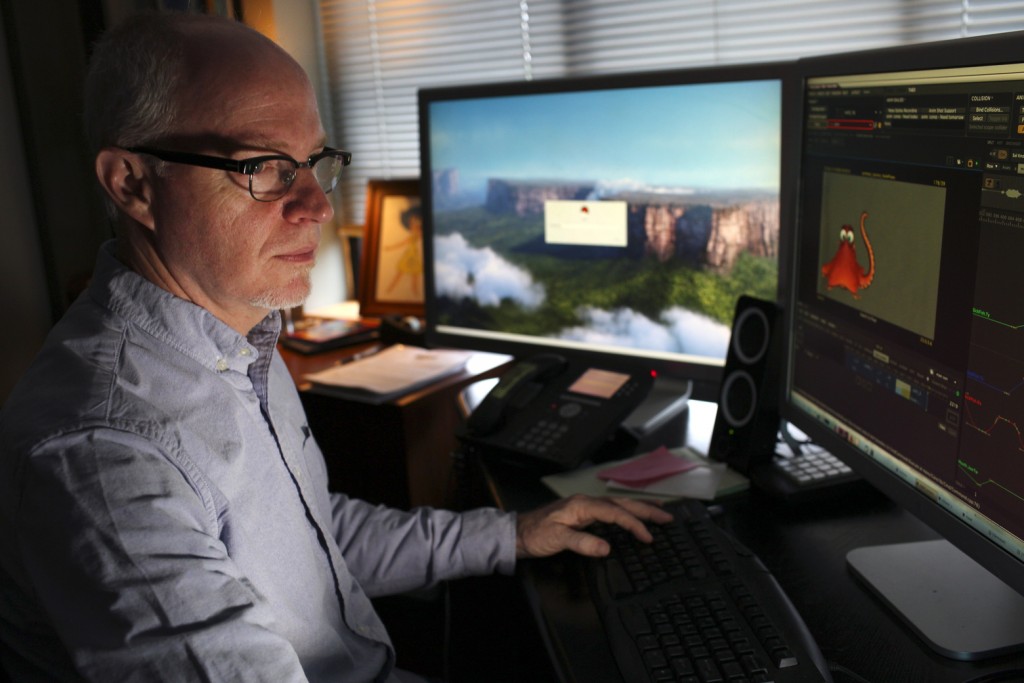 It wasn’t just the starting from scratch that made this particular project a challenge. Stocker’s team had to do exhaustive research on a variety of unique sea creatures, all while ensuring they realistically moved through water, performed their spoken lines, and interacted together throughout. In the case of one new addition to the Nemo/Dory universe, we had upwards of two years of work on Hank the Octopus.

“I don’t think I’ve run across a character that’s taken this long to make,” he admits, citing the fact that “the complexity of an organic character with seven legs, the organic feel of that is what’s so difficult.” This is a creature with no bones and nothing in the way of clear rules for how it moves, making is so “when there’s anything you can do, it’s hard to know what to do.”

Even coming across all these challenges, the fundamentals of the animation process are surprisingly unchanged over Disney’s 92 years in existence. Stocker and his team do still have to build a complex and immersive world from scratch. But when it comes to the basic tenets of the craft, we still see the same principles apply.

What they did in Pinocchio is not different than what we do now. It’s exactly the same thing. The rules of animation are the same. All of the things they developed back in the Disney days, we use those same things. In fact, the more we can use those things, the more organic and better our animation is.

All the various changes in visual aesthetics still boil down to methods utilized by the pioneers of Disney’s animated empire, and it’s that fact that’s driven the Pixar machine throughout its many years. That said, the animation is only half the battle. The other half is in the intensive research behind each and every film.

Part of what makes Finding Dory such a stunning movie is the way in which everything feels like it’s pulled straight out of the ocean. The fish move the way you’d imagine real fish do. The way a seal’s weight shifts seems true-to-life. Everything from the sea creatures to the way that sunlight refracts through water is gorgeously executed. This realism is no coincidence either. Each Pixar movie requires its animators to immerse themselves in the things they bring to life on-screen.

Stocker himself has been fortunate enough to experience that intensive research process firsthand. For Toy Story 3, the animation team toured through junkyards. Cars saw them actually get to drive race-cars around the legendary Infineon Raceway. “The chef from French Laundry, he made the ratatouille that’s in our movie, and then served it in his restaurant,” Stocker adds. In the case of Finding Dory, they toured the Monterey Bay Aquarium, observed the animals, and in the case of one animator, even swam with beluga whales. As Stocker aptly points out, “It just gives you a sense of what you’re making, and there’s truth to material in that.”

That “truth to material” he cites is exactly what makes Finding Dory such a visual treat when it’s all said and done. Storywise, it digs even deeper into the family values of Nemo, while giving us an oft-tragic look at a lead who’s quite literally lost at sea. Combined with the stunning animation, well-written characters, and maturity of its message, it’s more proof that Pixar has officially returned to form following its 2014 hiatus. And it’s certainly no surprise either, given the man in charge of bringing all of this to life in Michael Stocker.