‘Firewatch’ Designer Tells Us How a Game Like This Gets Made

One glance at the Firewatch trailer, and you can probably tell it isn’t your average game. Launching February 9 on PlayStation 4 and PC, Firewatch takes place in the wilderness of Wyoming. You play as a man in his 30s who’s going through a rough patch, with a crumbling marriage and a potential drinking problem. He’s looking for some quiet and solitude to get his life back in order. When he sees a job listing for a fire watcher — a forest ranger who sits in a tower in the middle of nowhere to keep an eye out for wildfires — it sounds like a perfect break from the daily grind.

The focus of the game is on the narrative, so don’t expect to unload heavy weapons on hordes of zombies here. It’s all about the main character Henry and his relationship with his supervisor Delilah, with whom you communicate over a handheld radio.

To find out what goes into making a unique game like this, we spoke with designer Nels Anderson of Campo Santo, the game’s developer.

The Cheat Sheet: Firewatch is driven primarily by narrative. What are some of your favorite games from a story perspective, and why?

Nels Anderson: Games that fall out of the Looking Glass tradition — Thief, System Shock, Bioshock, even Deux Ex and Gone Home — have a very interactive approach to their stories that I’ve always loved. Those games tell stories in a way that only games can (or at least are best suited to), where the player needs to explore a space and fit together mise-en-scène and artifacts to discover a story. There are certainly other games whose stories and worlds I love — the Monkey Islands, Grim Fandango, etc — but the things I appreciate in those are the characters and worlds, things I love equally in books, films and TV shows. But the uniquely interactive narratives in games akin to Thief, Bioshock and Gone Home will always be something special for me. 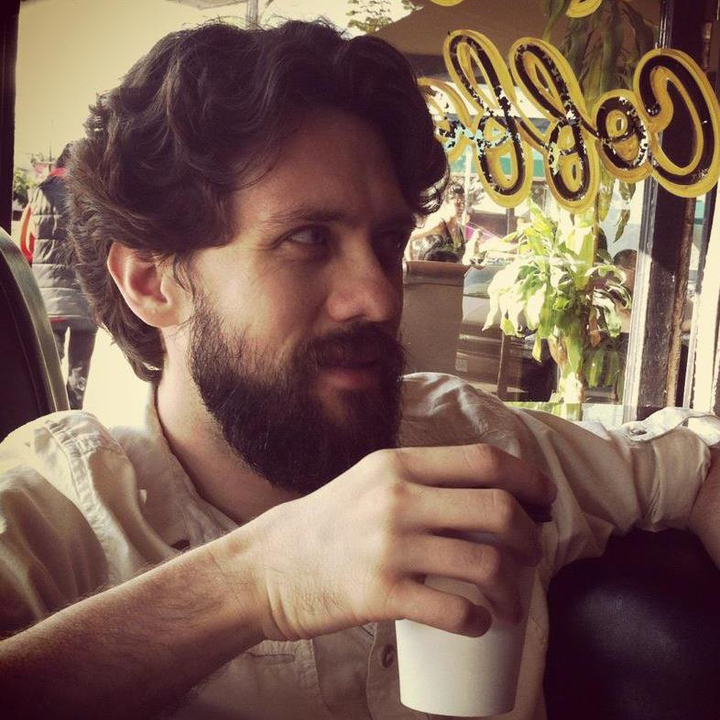 CS: How did you decide on the game’s unique art style?

NA: Olly Moss, Jane Ng, and Paolo Surricchio are mostly responsible for how Firewatch looks. The desire was to do something stylized but that still felt very tangible and real. Olly has cited the posters the WPA created during The Great Depression to promote America’s national parks as being stylistic inspiration. And I think putting those side-by-side with Firewatch one can see it, which I find quite apropos.

CS: The actors’ performances are obviously a key component of the game. How did you land on Rich Sommer (Mad Men) and Cissy Jones (Fallout 4)? Did other people try out?

NA: Cissy had worked with Sean Vanaman and Jake Rodkin before; she voiced Katjaa on the first season of Telltale’s Walking Dead. We did briefly listen to a few other auditions but really, upon hearing Cissy’s read for Delilah, we all kinda knew it couldn’t be anyone else.

Casting Henry was a lot more challenging though. Since we knew Cissy was going to be Delilah, we needed to have Henry work not only by himself, but also in concert with Cissy. We listened to so many auditions and while some were okay, nothing was great. Rich, we got in touch with through some rather unlikely circumstances. One of our programmers, Patrick Ewing, is super into board games and maintains a mailing list about them, and it just happened that Rich (who is also super into board games) was on that list and when he heard about the game, I believe he reached out. As soon as we heard his audition, it was perfect and we had our main cast. 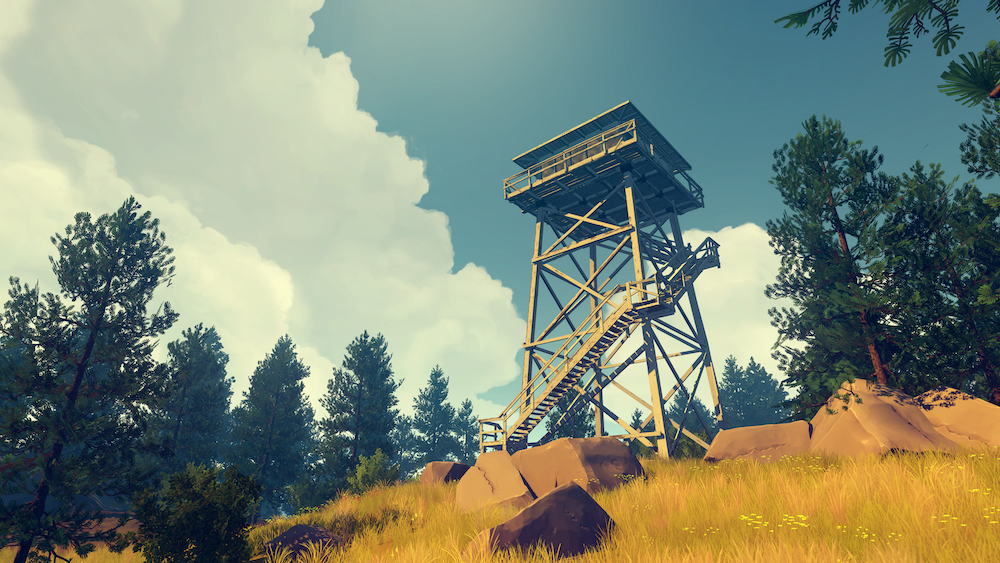 CS: How did the recording sessions go?

NA: Probably the most unusual thing about the recording is that unlike most games (and film/TV animation, for that matter), Rich and Cissy recorded their lines together. Most voice acting is done with the actors recording their lines in isolation and completely different times. But Sean wanted Rich and Cissy to be able to play off each other, and I think the results really speak for themselves. Also, Rich and Cissy just recorded from their home studios over Skype, so much like Henry and Delilah, they only ever heard each other’s voices (at least for the first 15 months; they did finally meet in person at our GDC event in March 2015).

CS: How much can the player’s choices affect the game’s story?

NA: Firewatch tells a specific story; it’s not an Until Dawn or BioWare-esque thing where there are a bunch of different endings or something like that. The major plot points will be touched by everyone who goes from the beginning to the end. But the details can be altered quite a bit, to the point where I imagine two people discussing the game after they’ve both finished it will have a “Wait, you did that??” moment where they didn’t even realize doing something else was possible.

CS: What aspect of the game are you most proud of, and why?

NA: I’m sure this varies for each member of the team, but for me, the way the world fits together is something I really enjoy about Firewatch. Narrative-centric games often tend to have a very cinematic structure where you’re going from scene to scene, with cuts in between. And exploration games with a narrative focus are usually about discovering what already happened in this place you arrived at, rather than anything actually happening there now.

I like that the world structure of Firewatch allows for that player-paced sense of exploration, but that there are actually things happening right now that the player must engage with and discover. The world the game unfolds in, parallel to the story advancing, is something I’m happy with and hope folks who play Firewatch will dig too.