It’s finally here — the day that eager Star Wars fans and collectors have been waiting for. Force Friday is designed to ramp up buzz for the already enormously popular franchise. It’s also helping patient fans pick up some awesome loot to tide them over until the December release of Star Wars: The Force Awakens.

For those not in the know, it’s a one-day event that kicked off at midnight all across the country. With participating retailers like Amazon, Target and the Disney Store, new toys, gadgets and apparel went on sale for the first time. And among the new items are some of the coolest pieces of merchandise ever released by the Star Wars franchise.

Whether you’re picking up something for your kids, or just looking to enjoy a little nostalgia for yourself, here are five of the best new toys hitting the shelves today.

We won’t be formally introduced to BB-8 until he appears on screen in The Force Awakens, but that hasn’t stopped Star Wars fans from clamoring to pick up this replica. It’s fully mobile, and can be controlled by an app on your iPhone. Created in partnership with Sphero, it’s lightweight but durable enough to withstand some run-ins with furniture and other household hazards.

One of the coolest things about the BB-8 droid is that you can control it through an app on your phone. And it doesn’t hurt that Gizmodo has called BB-8 “the coolest Star Wars toy ever.” Since early fan response to BB-8 has been overwhelmingly positive, it seems like a great time to pick up what will surely become a collector’s item. You can buy the BB-8 Droid right here on Amazon. 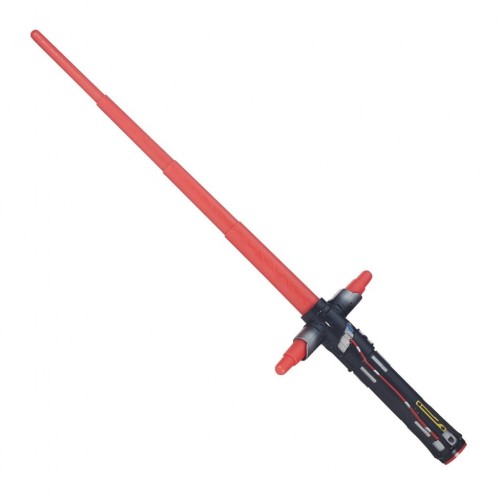 Kylo-Ren is another mysterious character within the Star Wars: The Force Awakens universe. But we know one thing about him: he has an awesome lightsaber. One of the most buzzed about items from Force Friday is the replica of this new bad guy’s lightsaber. This extendable toy from Hasbro is three-pronged and the signature scarlet color of Kylo Ren’s weapon of choice. You can buy it right here on Amazon. 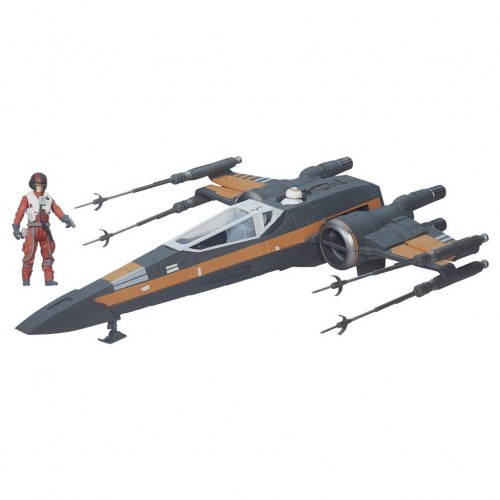 Once The Force Awakens hits theaters, a new generation of Star Wars fans will likely be idolizing X-Wing pilot Poe Dameron. With this awesome replica, it’s easy to see why. This T-70 aircraft is sleek but sturdy, and even shoots missiles. And it comes with a Poe Dameron figurine, so you don’t have to navigate the galaxy alone. You can buy it right here on Amazon. 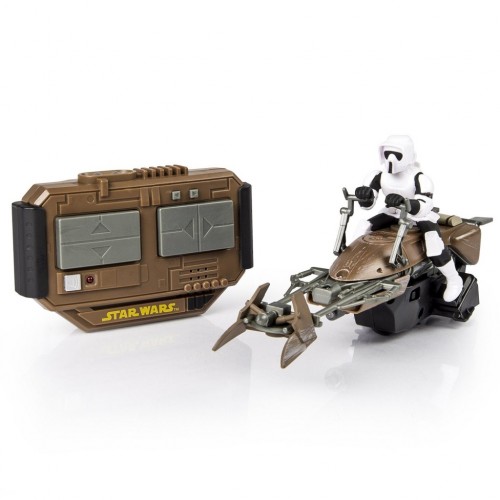 Air Hogs teamed up with Disney to bring us this awesomely fun device. The battery-operated Stormtrooper speeder bike would be fun enough on its own — but it features lights and authentic Star Wars sound effects to make you feel like you’re really speeding through Endor on a mission. It’s perfect for anyone who likes speed and thrills when they play. You can buy it right here on Amazon. 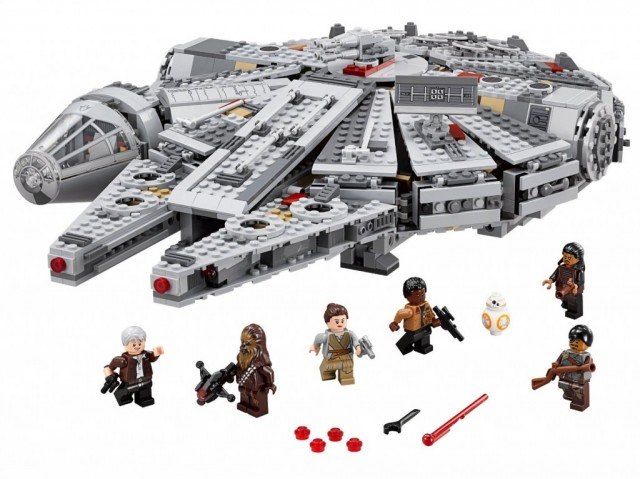 LEGO has had a long-standing partnership with the Star Wars franchise — which is a win for all of us. This time around, LEGO has outdone themselves with this new model of the iconic Millennium Falcon. It includes over 1300 pieces and a detachable cockpit. And if that isn’t enough to send a Star Wars fan into overdrive, it also comes with toy models of fan favorite characters Han Solo and Chewie, as well as some The Force Awakens newbies. You can get this must-have collectible right here on Amazon.