Like most gamers who don’t have a particular interest in cars, I tend to gravitate toward racing games like Mario Kart and Forza Horizon. These games are many things, but slaves to realism they are not. Mario Kart 8 has you leap over lava pits while you chuck Koopa shells at your opponents. Forza Horizon 2 has you crash through billboards and race against flying cargo planes. These games are a ton of fun, but they’re a far cry lives of actual race car drivers.

Forza Motorsport 6, on the other hand, is all about realism.

It turns out there’s a big difference between taking your Civic to the grocery store and peeling around a corner in a Ferrari 330 P4 with a dozen opponents on your tail.

It can be loads of fun, but Forza 6 comes with a learning curve for people who are new to realistic racers. Take a curve a little too fast, and your car will start sliding out of control. You’ll discover the controller’s rumble feature early on when the thing shivers like a wet dog as you lose traction.

Unlike kart and arcade racing games, Forza 6 encourages conservative play. Causing crashes — something that’s rewarded in my favorite racing games — is frowned upon here. Even a gentle bumper tap — a kiss really — summons onscreen text suggesting that you press the Y button to rewind and try again. For my part, I reserved this life-saving feature for when I made egregious mistakes. Still, the onscreen prompt encouraged me to tighten up my driving habits.

Once I adjusted my play style to fit the realism the game was going for, everything clicked. 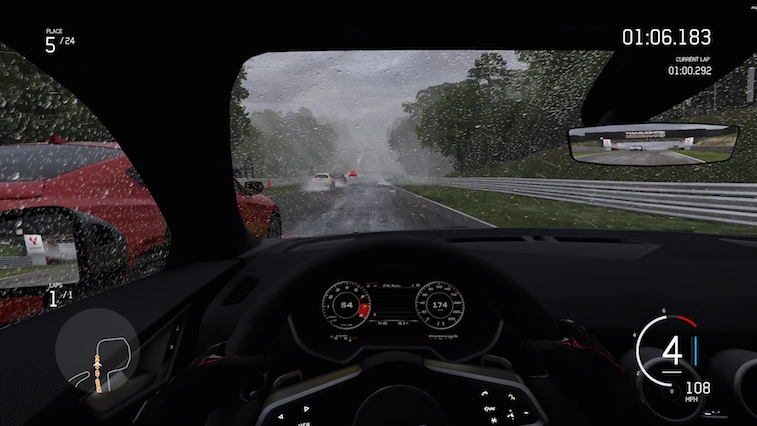 It helped that Forza 6 has a fantastic on-boarding process. A pleasant sounding narrator introduces you to the game by having you play through a few introductory races. Then the career mode begins, taking you from one race type to the next, and even sprinkling in “showcase” events that feature different historical racing periods and car types. When you level up, you even get to spin a Forza Horizon-style prize wheel that rewards you with new cars, mods, and credits.

Even if you don’t know squat about racing, the game brings you up to speed by providing brief lessons about various race types and the cultures that invented them. Then the game hands you the keys and drops you right into the action, from the drift-heavy tracks in Japan to the gleaming oval of the Indianapolis Motor Speedway.

The game is filled to the brim with optional assists for newbies. It shows the optimal route through each track and helps you steer and brake to keep your car on the road.

After a while, my mind started tuning into the nuances of the game. What was overwhelming at first began making sense, and I started feeling frustrated when the game applied the brakes when I wanted to accelerate around a curve. So I turned down the assists and found myself enjoying the races even more. The game became more challenging, but also more enjoyable. And to reward your improving skills, the game gives you extra credits for each assist you forego. 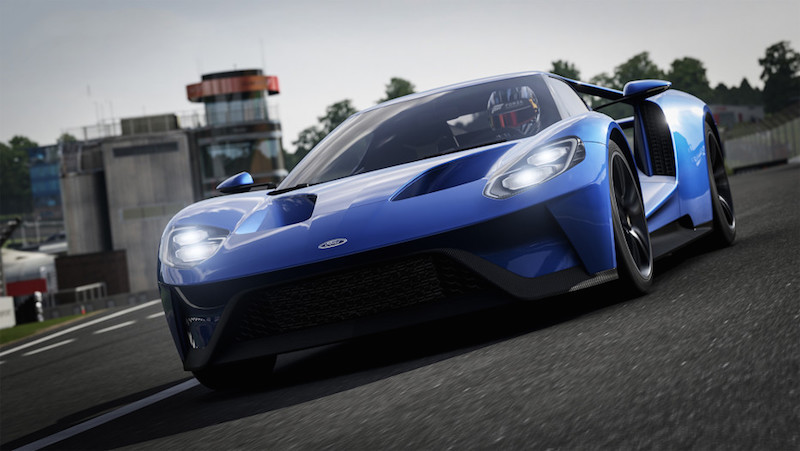 While the game is really just a collection of 26 tracks and hundreds of cars, it has loads of variety. Each car is finely tuned to be as realistic as possible, with one-to-one rendering both inside and out. So are the tracks, some of which you can race on at night racing or in the rain. Both conditions affect your visibility and traction, requiring you to drive much more carefully.

Still, no matter how many cars, tracks, and historical tidbits you put in a realistic racing game, it’s still a realistic racing game, which means you’ll spend most of your time driving around looped tracks. This can become somewhat monotonous, especially on the longer tracks that take half a dozen laps to complete, especially if you gain an early lead and win handily.

But that’s when you know it’s time to crank up the difficulty and remove more assists. All it takes is some stiff competition, and Forza 6 can be just as tense and dramatic as Dark Souls. You’ll grit your teeth as you approach every corner, as you floor it down every straightaway, and as you throw yourself into a desperate drift to pass the car in front of you.

Forza 6 doesn’t have a single lava pit or cargo plane race. But you know what? I didn’t miss those things. Anyone with an inkling of interest in realistic racing games should give this game a shot.