Could ‘The Founder’ Help Michael Keaton Finally Win an Oscar?

Michael Keaton’s career has been a rollercoaster ride of epic proportions. An A-list star in the 1980s and 1990s, the actor settled into mostly supporting roles throughout the 2000s. However, he has seen a tremendous career resurgence in the past few years, with lead roles in back-to-back Best Picture Oscar winners Birdman and Spotlight. Now, for his next project, Keaton will breathe life into the tale of Ray Kroc, the man who turned McDonald’s into the juggernaut it is today. Here’s why we think The Founder could earn Keaton his first Academy Award.

At this point, Keaton has become a regular presence at the Academy Awards, and there are two potential reasons for that. First off, the actor has impeccable taste in material of late, demonstrating an attraction to ambitious, morally complex tales that cater to intellectual adult viewers and the current Academy membership alike. The other reason? His work in said films has been so damn strong. 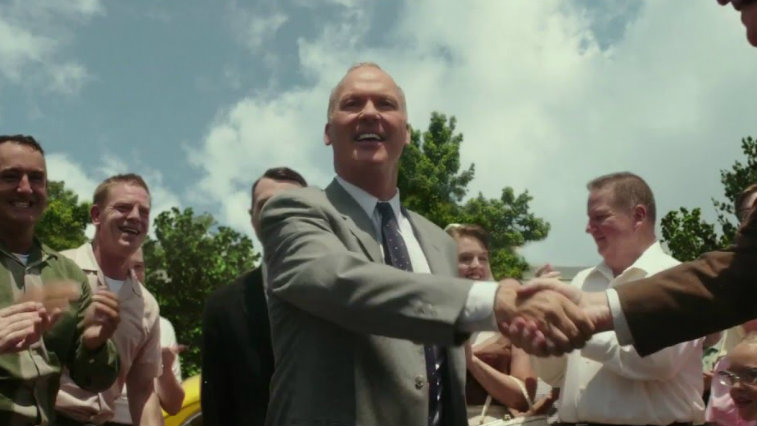 Michael Keaton in The Founder | Source: The Weinstein Company

Though Keaton failed to get a nomination for Spotlight (a clear ensemble piece that could have easily had recognized Keaton over co-star Mark Ruffalo), he very nearly snagged a win for his tour-de-force performance in Alejandro G. Iñárritu’s Birdman, a film that brilliantly capitalizes on the actor’s own role as a former big-screen superhero. Keaton claimed the Golden Globe that year for the film and was a heavy favorite to emerge victorious. If not for the equally stellar work by Eddie Redmayne as Stephen Hawking in The Theory of Everything, Keaton likely would have won an Oscar that night.

That being said, the fact that Keaton lost two years ago only underscores the momentum with which he enters this upcoming Oscar season. The Academy is known for belatedly rewarding actors. For instance, many analysts believe that stars like Denzel Washington, Julianne Moore and Leonardo DiCaprio received Oscars more for their previous work than for the films they actually won for. Coming off of two Oscar-caliber performances that failed to go all the way could help boost Keaton’s chances at finally making his way to the podium for The Founder. 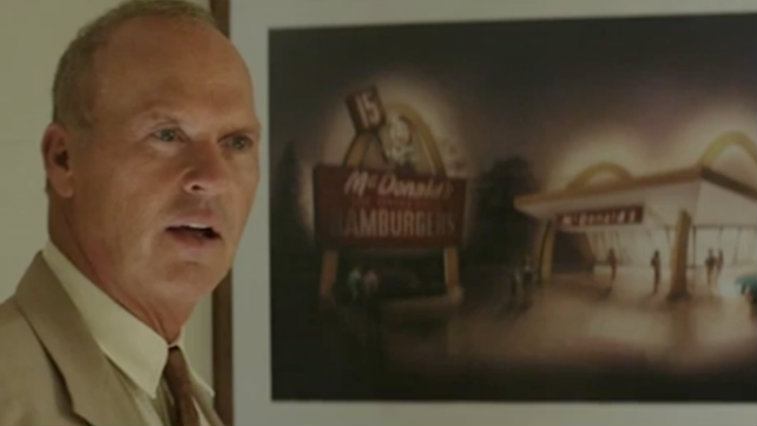 Michael Keaton in The Founder | Source: The Weinstein Company

Then there’s the pedigree of the film itself. While director John Lee Hancock hasn’t been considered a contender himself for any of his previous films, he led Sandra Bullock to an Academy Award win for her work in The Blind Side — which, like The Founder, is based on real-life events — back in 2010 and earned a moderate amount of buzz for Saving Mr. Banks star Emma Thompson in 2014. Time and again, the Oscars have proven its love for period films centering on key historical figures, and the man behind a brand as insanely popular as McDonald’s certainly qualifies.

After all, The Founder could earn the kind of acclaim afforded to David Fincher’s The Social Network back in 2011. Both films tackle controversial public figures who built a global product seemingly on the backs of others, and the trailer for The Founder indicates that — as an extra special bonus — Hancock’s film may allow Keaton to exercise his trademark manic energy to deliver a deliciously darkly comedic performance. Of course, we could be way offbase, but all signs are indicating that Keaton could be an early frontrunner for the 2017 Best Actor statuette. Only time will tell.