Fox is developing a female-led TV reboot of the 2016 film The Nice Guys called The Nice Girls, but it will not be set in the 1970s like the original.

The Hollywood Reporter reported on Thursday that The Nice Girls is in development at Fox, and they described it as a “contemporary, female-centered take on the 2016 film.” The script for the pilot will be written by Michael Diliberti, whose only previous screenwriting credit is the 2011 Jesse Eisenberg comedy 30 Minutes or Less. Shane Black, writer and director of The Nice Guys, is not expected to have any involvement.

It has become common in recent years to reboot properties with a gender-swapped cast, and so the idea behind The Nice Girls wasn’t entirely surprising. But what was more of a shock for fans of the movie was that this version will be set in present day. With The Nice Guys, a huge part of the appeal of the movie was the 1970s aesthetic, something that will apparently not be retained in the reboot. The TV show will not star Ryan Gosling or Russell Crowe, it will not take place in the 1970s, and it will not be written and directed by Shane Black, so virtually everything that fans found appealing about the original film will not be retained in the reboot.

Fox already has two shows on the air right now that are based on popular movies: The Exorcist and Lethal Weapon. Though both were met with skepticism when they were first announced, each has performed fairly well for the network, and Fox decided to renew each one for a second season. Fox also has plans to make a TV show based on True Lies, and at one point, the network was developing shows based on Fatal Attraction, Monster-in-Law, Hitch, Big, and Rambo, though it’s been a while since there has been any update about these five projects.

Released in May 2016, The Nice Guys was not exactly a box office smash hit, taking in a total of $62 million worldwide. But it was beloved among critics and fans and has already developed a bit of a cult film status since then. 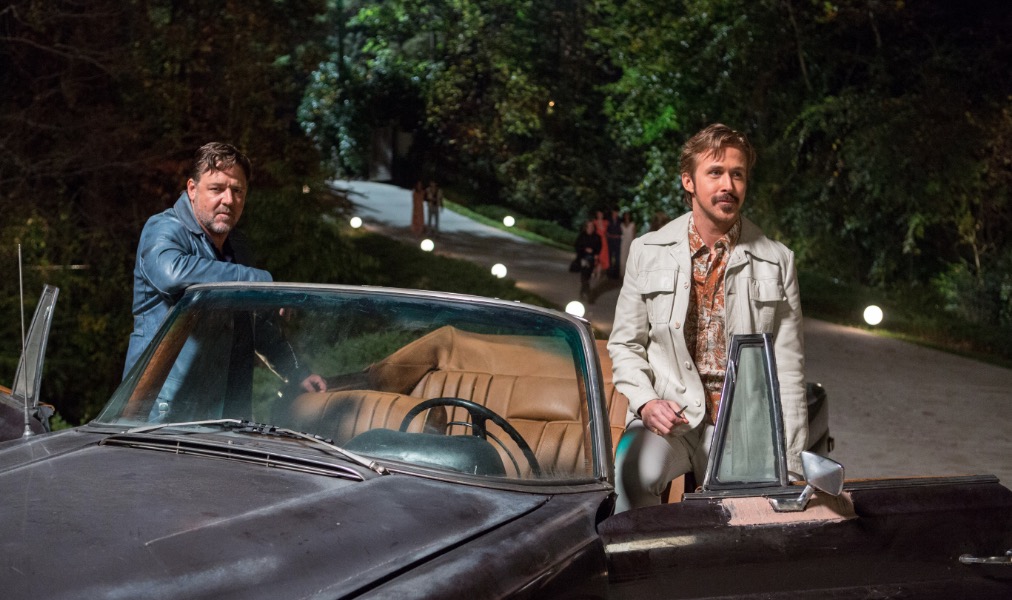 Making a TV show based on The Nice Guys does make some amount of sense, as Shane Black originally imagined it as a show before it became a movie. But Black says that part of the reason they went to the big screen was because they would be limited in what they could show on TV. Interestingly, this original TV show was going to be set in present day.

“We gave [The Nice Guys] to CBS at that time, and they loved it and they wanted to do a series,” Black told CinemaBlend. “Thank God it didn’t happen…I remember there was this scene where [Ryan Gosling’s character, Holland March], his daughter is in the trunk and he says, ‘Why’d you come?’ and he closes the trunk, leaving her in the trunk. And of course, he goes back and opens it – and CBS said you can’t put her in the trunk. ‘But in a second you’ll open it!’ ‘It doesn’t matter, you can’t put her in the trunk, she’s a little girl.’ ‘But he takes her out in a second!’ ‘No.’ So, there were those kinds of taste issues, and it was a contemporary story.”

Shane Black is the writer of the original Lethal Weapon, and so if Fox does end up airing The Nice Girls, it would be the second Fox show to be based on a Shane Black buddy cop movie.