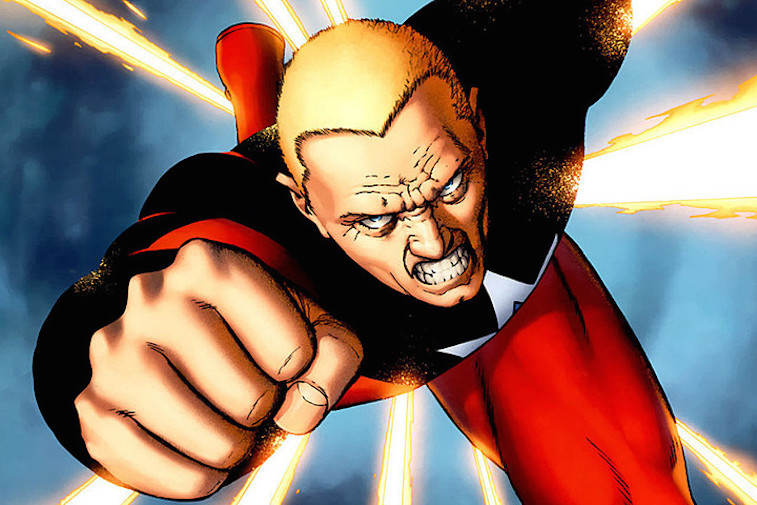 Fox is about to delve into a whole new superhero universe. The studio behind the X-Men and Deadpool franchises recently acquired the film rights to Irredeemable, the edgy Boom! Comics series about a Superman-like hero gone bad.

Created by Mark Waid (Kingdom Come, Empire), the Irredeemable comic book series first debuted in 2009 and ran for 36 issues. It follows a central figure named the Plutonian, who was the world’s greatest superhero… until he began heartlessly slaughtering anyone on Earth who dares to defy him. A superhero group known as The Paradigm, made up of former colleagues of the Plutonian, is left to stop his rampage. But they’ve all got their own problems to take care of, and none of them is as powerful as the maniac holding the world hostage. In desperation, the Paradigm is forced to turn to a famous supervillain for help in stopping the carnage.

According to Deadline, Fox has tapped Tommy Wirkola, the writer-director of Hansel and Gretel: Witch Hunters, to adapt the comic to screen. Adam McKay, who won the Best Adapted Screenplay Oscar for The Big Short earlier this year, is reportedly set to direct the movie. He will also co-produce alongside Kevin Messick and Boom! Studios’ Ross Richie, Stephen Christy, and Adam Yoelin.

This won’t be the first time that McKay, a known comic book fan, has taken on a superhero-inspired story. He previously rewrote the script for 2015’s Ant-Man and was also in line to direct after Marvel parted ways with Edgar Wright. That job ultimately went to Peyton Reed, but it looks like McKay will now get his own chance with a fresh and more offbeat hero story.

Earlier this year, Fox helped usher the superhero genre into more cutting edge territory with Deadpool, an R-rated entry that went on to become both a critical and commercial success. With its similarly unconventional tone, Irredeemable could also have some great box office potential for the studio.

The acquisition comes as rival studios Disney and Warner Bros. are going head-to-head with their respective Marvel and DC franchises. For Fox, Irredeemable is a chance to expand its superhero lineup outside of those two conglomerates and start from scratch on a previously untapped universe.

As Deadline pointed out, the project should be especially interesting from an audience’s perspective, as edgier superhero saga like Irredeemable actually allows its superheroes to die — unlike the branded films of Marvel and DC.

The adaptation is still in the relatively early stages of development, so no projected timeline for production has been revealed yet. In the meantime, McKay is staying plenty busy. The writer-director is returning to the MCU to write the script for the upcoming Ant-Man sequel alongside star Paul Rudd. Outside the comic book world, he’s serving as a producer on the recently announced Daddy’s Home 2 and the Will Ferrell-Amy Poehler comedy, The House, due out in 2017.