Fox’s New Horror Show: Is ‘Haunted’ the Next ‘The X-Files?’ 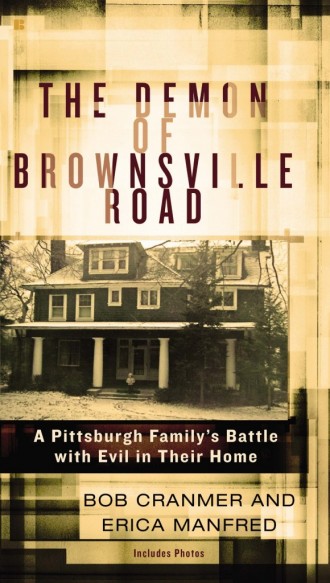 Fox is looking to bulk up its slate of horror series. The network has reportedly begun development on Haunted, a new potential drama series adapted from Bob Cranmer’s book The Demon of Brownsville Road.

According to The Hollywood Reporter, Fox has handed out a script commitment to the serialized drama, which will be loosely based on Cranmer’s novel. Described as a chilling horror series, the show boasts some resemblance to the network’s past iconic hit, The X-Files. Like that series, Haunted follows a skeptic female agent who teams with a male paranormal believer to investigate a supernatural event. But in this case, the non-believer is actually a military agent and the male she’s paired with is her ex-boyfriend who is now a rogue demonologist.

The developing series will follow the two as they work to uncover the true story of one of the most haunted houses in America, in order to help a family overcome a deadly demonic infestation of their home. Their investigation will unroll over the course of the entire season and will simultaneously also solve the mystery of their damaged past. As THR describes, the series will explore one age-old question at its core: “Is evil real?”

Fox’s version of the story will be penned and helmed by William Brent Bell, who has a long history in the horror genre. He’s perhaps best known as the co-screenwriter and director of the 2012 feature flick, The Devil Inside. He also directed the 2006 movie Stay Alive, the 2013 horror action drama Wer, and the upcoming supernatural thriller The Boy, which is due out in early 2016. Haunted would mark Bell’s first major project on broadcast television, although he previously sold the pilot Posthuman to the USA network.

Meanwhile, Chris Morgan, who produces The Fast & the Furious franchise and previously worked with Fox on its show Gang Related, is set to serve as an executive producer alongside Ainsley Davies. Lisa Arianna is also on board to produce.

News of the show comes just as horror fare seems to be in greater demand than ever on television. The CW has found continued success with veteran Supernatural, as has AMC with The Walking Dead. Meanwhile, other networks are making an effort to produce more entries in the space. Starz is unveiling its comedy horror Ash vs. Evil Dead this month. Meanwhile, A&E has The Omen follow-up, Damien, due next year, and Cinemax has the adaptation Outcast ready for 2016. Even ABC Family (soon to be known as Freeform) is jumping on the bandwagon, recently issuing a series order for Dead of Summer, a horror drama developed by Once Upon a Time creators Adam Horowitz and Edward Kitsis.

Fox also has its fair share of horror on its lineup. If Haunted goes to series, it will join a roster that already includes Sleepy Hollow (currently in its third season) and the freshman horror comedy Scream Queens. The network also already has the comic book adaptation Lucifer in the works and the upcoming highly anticipated revival of The X-Files, both of which are due out early next year.