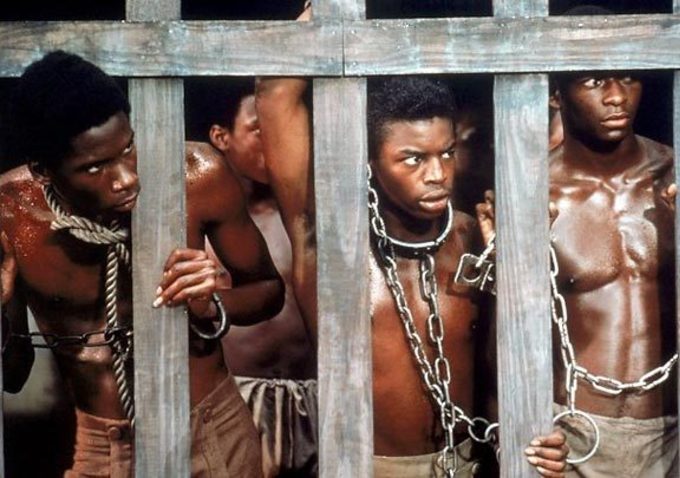 Your hectic life barely allows for an hour-long TV drama, much less a full-length feature film. You want your viewing in shorter, chapter-like scenes. Well, good news busy life-doers: TV writers are listening and developing many beloved books into made-for-TV miniseries. Described as longer than six hours and shown in two or more parts, miniseries are a shorter version of a standard 22-episode TV series, according to Zap2it. These miniseries’ are often adaptations of novels, a quality that appeals to many readers.

“Miniseries, an astounding number of which seem to be based on books, take our favorite stories and fit them into more comfortable time slots. Instead of mercilessly slashing away at Great Expectations to shove it between TNT or FX-ready timeframes, we get 300 minutes of uninterrupted storytime. Don’t discount the miniseries, friends, because they aren’t counting the minutes and seconds,” per The Airship. Many great novels have already graced the small screen as miniseries, while others are still in the works. Here’s a look at a few of the popular miniseries that have already premiered, as well as a few you still have to look forward to.

Considered the greatest American miniseries of all time, the show was based on Alex Haley’s 1976 novel Roots: The Saga of an American Family, according to The Airship. The series, which aired in 1977, follows Kunta Kinte (LeVar Burton), who is born in the Gambia in 1750. Kinte is enslaved and brought to America, and the series delves into the true horrors that occurred on slave ships, in addition to the brutal mistreatment of slaves. The Guardian writes that, “The series jumps through history to examine the physical and mental torment of slavery. Roots landed a slew of awards, but its lasting legacy is in bringing its unflinching portrayal of American slavery into a nation’s living rooms.” 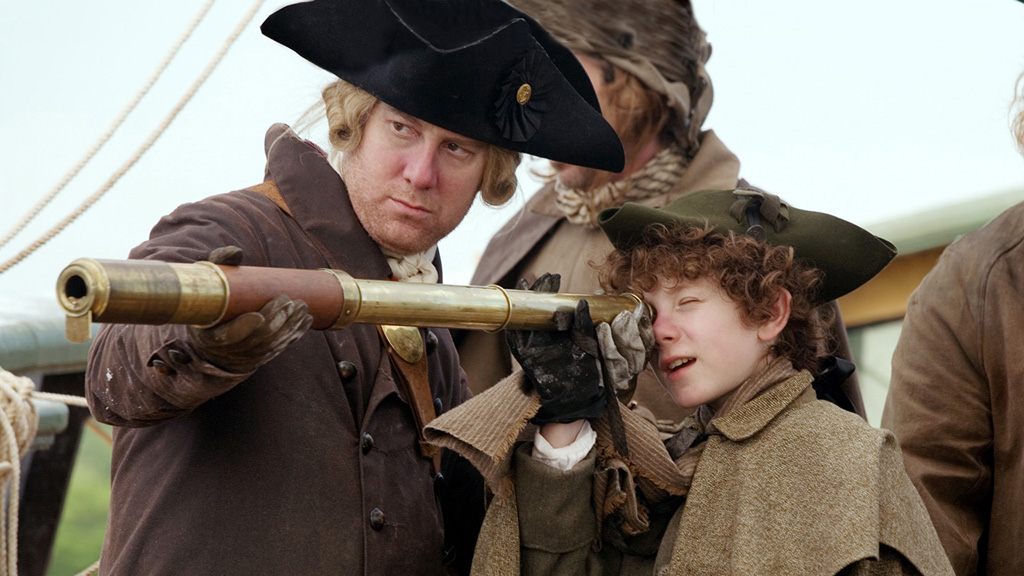 Dramatizing the life of the second president, John Adams premiered in 2008 as a seven-part HBO miniseries. It was based on the novel authored by David McCullough and chronicles the life of John Adams, showcasing his independence, respect for the law, and commitment to personal liberty. The series also looks at the relationship between Adams and Abigail, his wife of 54 years. Viewers are given an insider’s look at the pitfalls of America’s colonial and revolutionary years without feeling like they’re being given a history lesson, per The Washington Post. This miniseries was a huge hit — it won four Golden Globe awards and 13 Emmys. 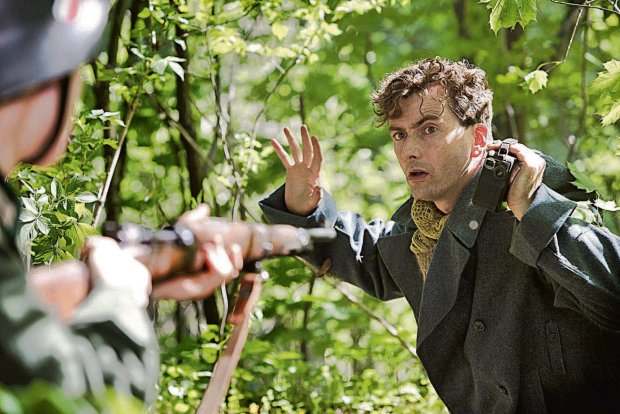 Featuring a military attaché at the French embassy who is drawn into a world of abduction, betrayal, and intrigue, this miniseries is based on the 2008 novel by Alan Furst. Spies of Warsaw is very much a spy story that features Colonel Jean Francois Mercier (David Tennant) who is operating in Warsaw just before the outbreak of World War II. This miniseries manages to combine history and in-depth narratives with characters who are both flawed and compelling, per BBC America. 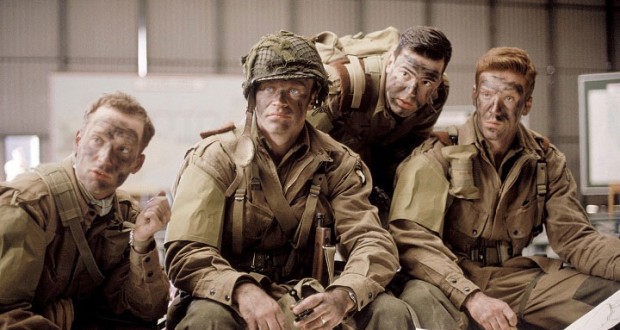 An 11-hour mini series that ran on HBO in 2001, it is based on the best seller by historian Stephen E. Ambrose, writes The Hollywood Reporter. The miniseries chronicles the experiences of the men in Easy Company, part of the Army’s 506th Parachute Infantry Regiment of the 101st Airborne Division. “As an elite rifle company parachuting into Normandy early on D-Day morning, participants in the Battle of the Bulge, and witness to the horrors of war, the men of Easy knew extraordinary bravery and extraordinary fear — and became the stuff of legend,” per HBO. 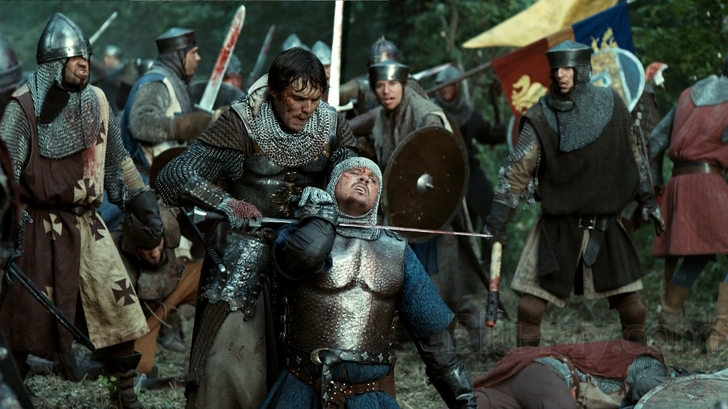 5. The Pillars of the Earth

The Starz miniseries premiered in 2010 and is based on the 1989 historical novel by Ken Follett. The series “explores the lives of the inhabitants of the fictional medieval city of Kingsbridge during the Anarchy, a civil war fought between the English and Norman factions of King Stephen’s reign,” according to The Airship. In addition to war, Kingsbridge residents must also cope with violence, plague, and a general sense of hopelessness. 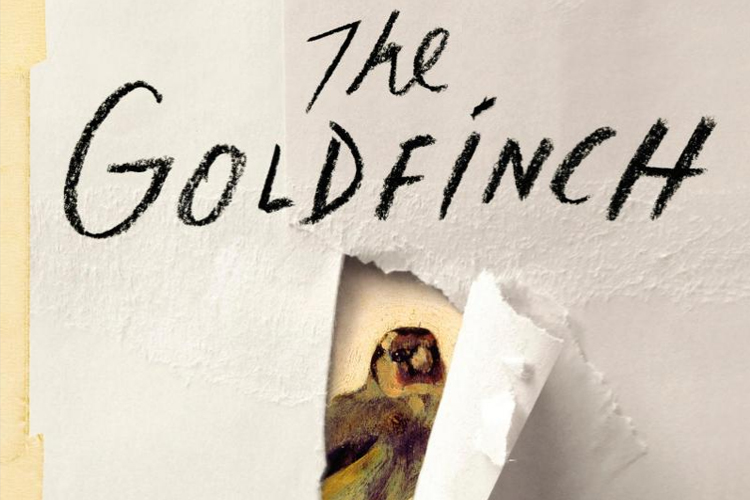 The production company Color Force, which is behind The Hunger Games movies, is either bringing Donna Tartt’s Pulitzer-winning novel to the big screen or, more likely, to television as a miniseries. “We are looking for the right filmmaker, and then we’ll choose the right home based on that filmmaker,” producer Nina Jacobson told TheWrap. “We’ve been thinking we are more likely to make a limited series for TV. There’s so much scope to the book. At the same time, a filmmaker could come in with a perspective that changes our mind.”

The Goldfinch focuses on a young boy who loses his mom in a bombing that occurs at the Metropolitan Museum of Art. The boy survives the explosion, taking with him Fabritius’ painting, The Goldfinch. A rich Upper East Side family takes him in and he’s later reunited with his father, an alcoholic gambling addict, who takes him to Las Vegas, per TheWrap. The novel is nearly 800 pages and follows the boy from New York City to Las Vegas to Amsterdam. Its expansive plot makes it a perfect candidate for a several part miniseries. 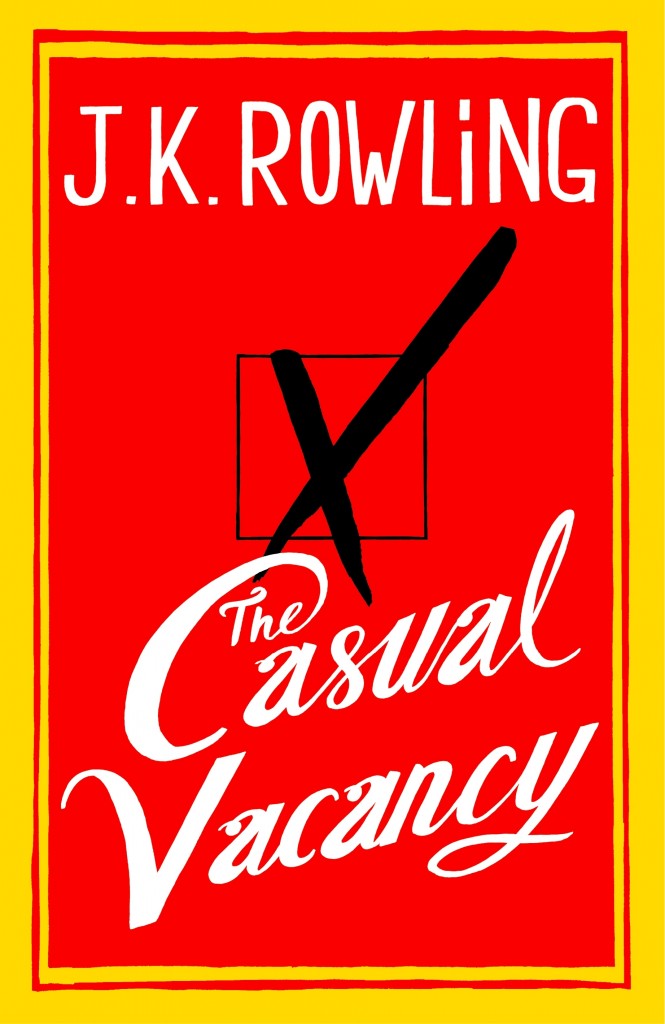 HBO and the BBC are working with J.K. Rowling, the author who became famous for the Harry Potter series, to turn her 2012 novel, The Casual Vacancy, into a miniseries. According to Entertainment Weekly, the 3-hour miniseries will be written by Sarah Phelps (EastEnders) and will be directed by Jonny Campbell (In the Flesh).

The novel focuses on a local election in Pagford after the sudden death of Barry Fairbrother, who sits on the parish council, per the Book Depository. Pagford, a seemingly quaint little town, is not at all what it seems. The rich are at war with the poor, teens are feuding with their parents, married couples are turned against each other, and students and teachers are at odds. To make matters worse, the empty seat on the parish council only furthers the town’s problems. Turning this in-depth and complex plot into a miniseries makes sense, writes Nolan Feeney in a Time article. It has more of a chance of doing the book’s plot justice than a 90 minute movie ever could. 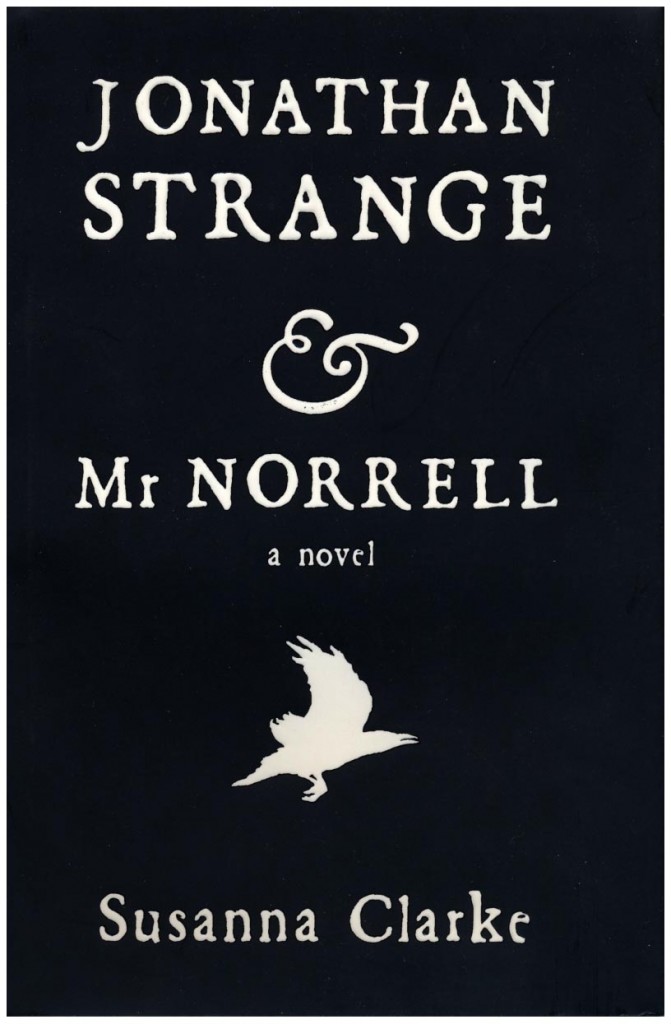 Described as a combination of Jane Austen and Harry Potter, Susanna Clarke’s novel is set to be a seven-part series in a BBC/BBC America co-production, writes Indiewire. The miniseries, which will star Eddie Marsan (Ray Donovan, The Worlds End) and Bertie Carvel (Restless, Matilda) is set in 19th century England where magic is accepted as having once existed. Mr. Norrell (Marsan) sets out to prove that practical magic still exists. The recluse makes statues move, brings someone back from the dead, and travels to London. Per Indiewire, Norrell develops a working relationship with Jonathan Strange (Carvel), who begins to practice magic after hearing he’s destined to become a great magician. This series is set to premiere in 2014, although no definite date has been set yet. 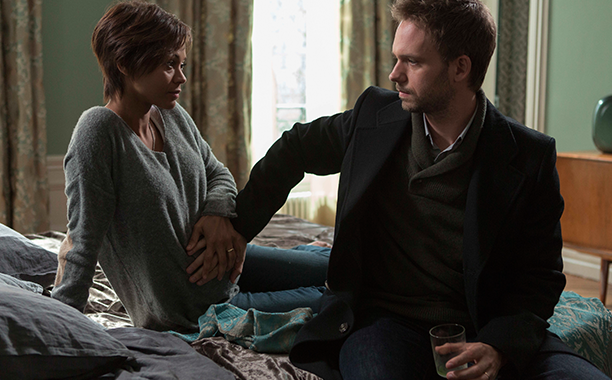 Premiering May 11, the NBC miniseries is based on Ira Levin’s 1967 horror novel, according to The Hollywood Reporter. Rosemary’s Baby is about a young married couple who moves into a Paris apartment. The apartment, however, has a little bit of a haunted history. The wife, Rosemary (Zoe Saldana), becomes pregnant and begins to develop severe paranoia that both her husband, Guy Woodhouse (Patrick J. Adams), and their neighbors have ulterior motives for wanting her child to be born. Determined to figure out what’s going on, Rosemary begins to uncover sinister secrets that have been lurking within her home and Paris, according to NBC. 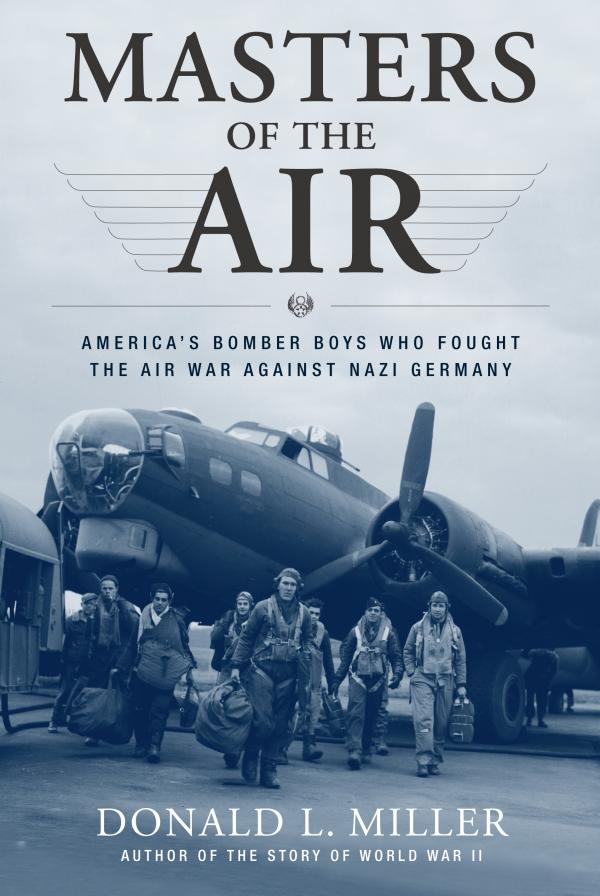 This HBO series, slated to be 10 hours, will explore the aerial wars through the eyes of men in the Eighth Air Force, writes The Hollywood Reporter. The information used in this series comes from historian Donald L. Miller’s nonfiction novel titled Masters of the Air: America’s Bomber Boys Who Fought the Air War Against Nazi Germany. Tom Hanks, Steven Spielberg, and Gary Goetzman will produce the miniseries.

Masters of the Air follows HBO’s two other miniseries hits, Band of Brothers and The Pacific, which was primarily based on the memoirs Helmet for My Pillow by Robert Leckie and With the Old Breed: At Peleliu and Okinawa by Eugene Sledge. First premiering in March 2010, The Pacific, a 10-part series, followed men in three regiments of the 1st Marine Division as they battled the Japanese in the Pacific from 1942-45, per The Hollywood Reporter. HBO has not yet set a release date for this series.