From Napster to Spotify: Why “Free” Music May Finally Be Dead

The music industry has fought tooth and nail for decades against the idea of providing its wares for free. Needless to say, its goal as a moneymaking business drives that need, but music is arguably the most pervasive product out there short of movies and TV that consumers insist on not paying for. The age of technology has made it so teenaged shoplifters no longer have to stuff piles of CDs in their waistbands in order to steal music. Beginning back in 1999 with Napster and spanning the next 15 plus years, the tug-of-war has raged on between consumers and record labels. 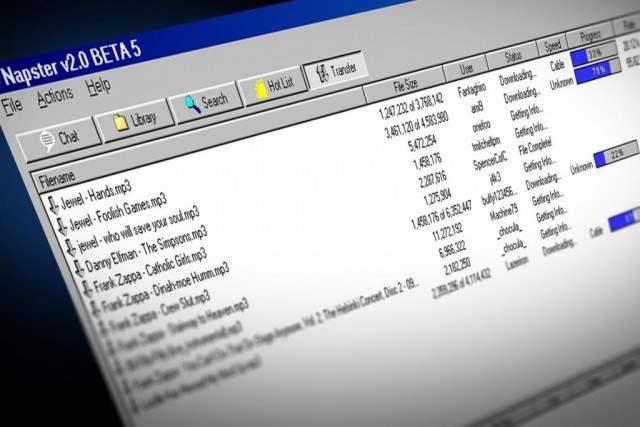 In the beginning, there was Napster. And Kazaa. And then Limewire.

It didn’t take long for Napster’s free infrastructure to find itself under the boot-heel of the record industry, quickly forcing them to reopen their doors as a pay-to-pay music service. Other illegal softwares quickly followed in the form of Kazaa and then Limewire, while Grooveshark surfaced as the go-to for free streaming. The game of whack-a-mole continued on, as labels found ways to shut down each one. Incidentally, despite constantly finding itself under threat for the better part of a decade, Grooveshark only closed it doors only just in the last few months.

The struggle found its inception in the early days of illegal downloads and streaming, with the music industry continuing their singular struggle to choke out anyone peddling their product free-of-charge. As this kicked off though, another age of free music entered into the fold. 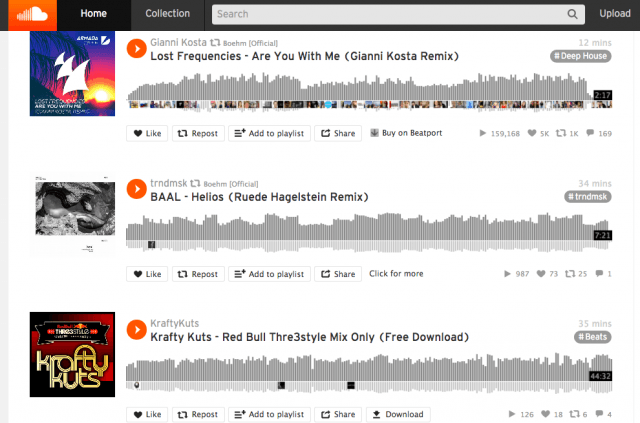 And then there were streams. So many streams.

In 2007, Soundcloud was born, and the waters got even murkier. Unlike Grooveshark, the platform was meant to host the original music of individual artists looking to promote their own songs free of charge. It’s since evolved into something else entirely, largely on the back of the growing electronic dance movement, becoming the service most predominantly utilized by the world’s biggest DJs. As release schedules evolved out of the album format and into more mixes, EPs, and singles, Soundcloud found its legs.

But even Soundcloud came to find itself under some intense pressure, despite its supposedly legal premise. With the age of DJs, mixes, and producers, came some blurred lines surrounding who owns what part of any song. After a recent partnership with Zefr (the service YouTube uses to detect copyright infringement), suddenly the actual rights-owners of music found their songs taken down under the auspices of the DMCA. Taking it even further, Sony and Soundcloud’s failure to come to terms made it so the entire Sony Music catalogue gradually saw itself ushered off the platform, against many of their own artists’ own wishes.

Adding further insult to injury, details have recently leaked detailing Soundcloud’s plan to offer a tiered subscription service paired with ad interruptions, that no longer allows access to its expansive library without forking over cash. Monetization is difficult when you’re providing a free service, and even harder when you’re a white-hat company caught between consumers who want free music, and record labels (and their lawyers) who demand payment every step of the way.

Artists jump on board, and so Tidal is born

Throughout this whole saga, the field had largely been split for artists in this debate. Many argue that their music is art that should be as available as possible for maximum reach. Others feel as though compensation for their work is akin to appreciation, rather than simply providing a free listening experience. Both sides have their merits, but the latter took it a step further, with Jay-Z’s latest business venture, Tidal. A veritable illuminati of the business’s wealthiest artists banded together under a single idea: That music isn’t being truly appreciated by its fans unless dollars exchange hands.

It’s not entirely unreasonable to want compensation for your musical efforts. But when that message comes from the people with the most money, it’s hard to jump on board, especially with other artists decrying the goal of Tidal as based more in ego than art.

The Compromise of “Freemium”

On the battlefield of free vs. paid, one option reared its head as the healthy middle ground in “freemium.” Pioneered by services like Spotify and Pandora, the idea is simple: Offer your service free of charge, with periodic commercials (think Hulu before they started charging for a subscription). To avoid the ads, they then offer an affordable tier (usually around $10/month) for the full streaming library free of interruption.

Even for people paying the month fee for the premium Spotify feel as though they’re essentially getting music for free; when a single iTunes download costs $.99 to $1.29, being able to stream as many songs as you want for a flat rate seems like a downright steal. It’s the philosophy that allows for royalties to be paid out to the appropriate parties, while still giving listeners an affordable (if not free) listening option.

So what does all this say for the future of music streaming and downloads? Mostly what it indicates is that unless you’re using a service in direct opposition to the record industry (think BitTorrent), then odds are you’re paying for music one way or another. From Soundcloud to Spotify, the suits who own the art will always find a way to line their pockets. The question then continues to be: How will listeners circumvent that next time?