From ‘The Wire’ to ‘Star Trek Beyond’: Idris Elba’s 7 Best Roles

There’s cool — and then there’s Idris Elba. The 43-year-old London native has the unique ability to be suave and brutal, sophisticated and sinister. He’s worked steadily as an actor, DJ, and musician since the late 1990s, but only recently began to gain widespread attention for his talents.

Elba has mastered television, indie film, and even big budget franchises like The Avengers. Known for his poise and ability to completely disappear within a character, Elba is a rare breed of actor — one who is perfectly believable both as a hero and a villain. That’s evident in the roles he’s been recently cast in — and that fans are dying to see him take on. While his online fans have campaigned for him to be named the next James Bond, Elba has kept busy with work on a variety of projects. This year, we’ll see (or hear) him in five films — Star Trek Beyond, Bastille Day, Zootopia, Finding Dory, and as the iconic Shere Khan in The Jungle Book. And Stephen King fans were recently elated when the author announced that Elba will play Gunslinger Roland Deschain in the long-awaited feature adaptation of The Dark Tower.

All of these new projects should stack up nicely alongside his already impressive filmography. Here are seven of Idris Elba’s best performances in movies and TV. 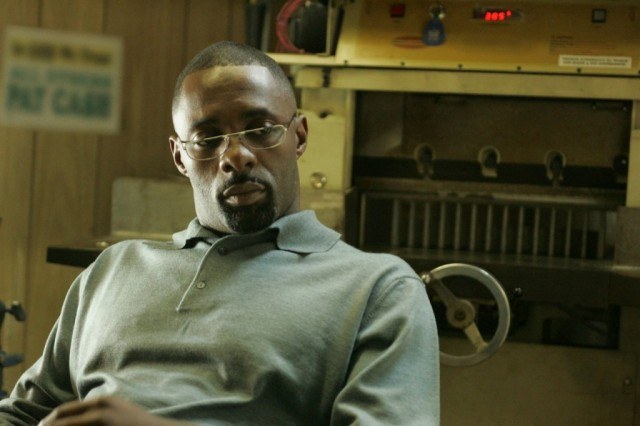 It’s a testament to Elba’s performance in The Wire that he consistently stood out in the series’ supremely talented ensemble. As Stringer Bell, the right-hand man to drug kingpin Avon Barksdale (Wood Harris), Elba crafted a complicated character whose calm, calculating and high intelligence are virtually unforgettable. Like so many of the characters in The Wire, Stringer Bell longed for something better in his life; but he was one of the few characters that had the means and mindset to achieve it. Elba’s captivating portrayal made him a man that was convincingly cutthroat and measured in his approach to his business practices — sometimes in the same breath. And from his first appearance — smirking at foe Jimmy McNulty from the stands in a courtroom — to his perfectly delivered diatribe on the uselessness of 40-degree days, he made the Stringer Bell one of the most memorable and impactful characters in the entire series. 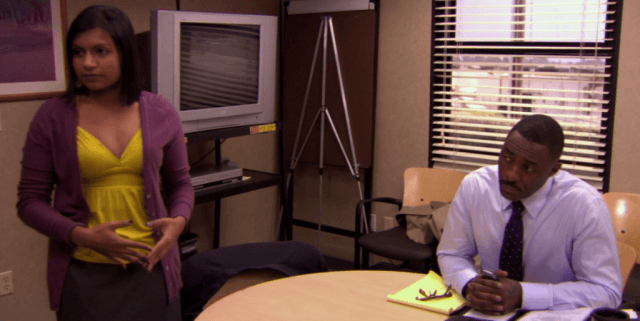 Though Elba is undoubtedly a versatile actor, it’s rare to see him doing comedy. And that’s part of what made his six-episode stint on The Office all the more enjoyable. As Charles Miner, a newly appointed vice president at Dunder Miflin, Elba exuded a debonair charm and a no-nonsense attitude from the moment he stepped on the screen. His deadpan delivery of everything from self-reflection on his obvious effect on the women in the office to bad news about cost-cutting measures stood in stark contrast to the series’ largely relaxed style. And his serious attitude was comically off balance with the rest of the cast, creating more than a few moments that were as uncomfortable as they were humorous. 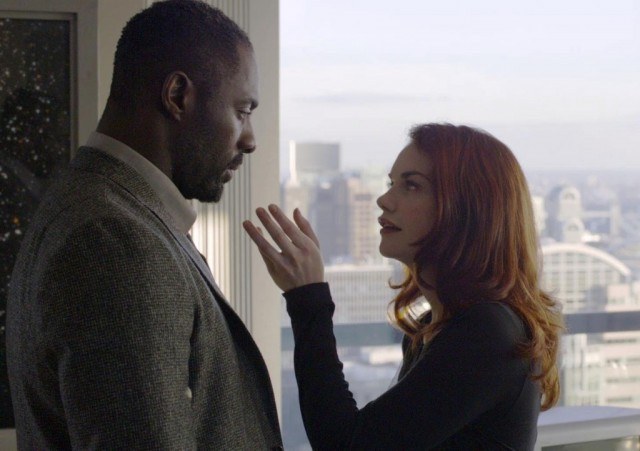 He’s severe, obsessive, and dangerous. He’s also one of the most talented detectives to ever cross a television screen. In the British crime drama Luther, Elba plays the titular character — a Detective Special Investigator with the Serious and Serial Crime Unit. John Luther’s determination to solve cases is a blessing and a curse, because he can’t separate himself from the crimes he investigates — and that means he can’t afford to let anyone into his life. Throughout the series, Elba expertly navigates Luther’s complex lifestyle, and increasingly complicated interactions with serial killer Alice Morgan (Ruth Wilson). In the hands of a lesser actor, Luther would feel like just another disgruntled cop on TV. But his equally stoic and explosive performance sets both the character and the series apart. Elba has won several awards for his performance in Luther, including the Golden Globe, Critics Choice, and SAG Award for Best Actor in a Miniseries. 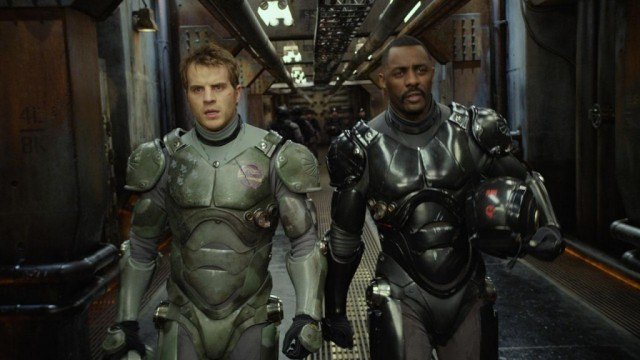 Every revolution needs a leader. And when the Jaegers decide to stake their claim against the Kaiju, they look to Marshal Stacker Pentecost. Elba’s performance in Guillermo Del Toro’s Pacific Rim is far more cinematic than most of his previous roles — but no less impressive. As the commander of a team of defensive pilots, Pentecost is a leader in every sense of the word. But Elba’s portrayal of him lends a depth and gravity to a character that could have otherwise seemed like just another nondescript sci-fi hero. Elba’s Pentecost is stern but kind, and knows exactly what to say to get his men and women to fall in line. And when you’ve witnessed Stacker Pentecost in action, it’s easy to see why the other characters in Pacific Rim would want to follow him into battle. 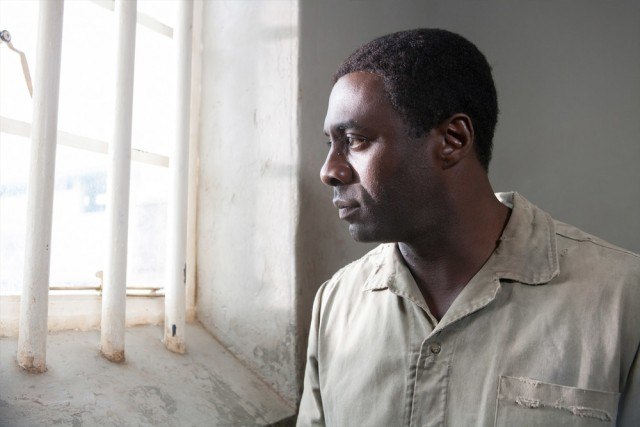 Some actors would balk at the idea of portraying one of the most beloved political figures in the world. But Elba rose to the occasion, and turned in a positively stunning portrayal of the former South African president in Mandela: Long Walk to Freedom. The film follows Mandela from his childhood, through the nearly three decades he spent imprisoned under Apartheid, and finally to his rise as the leader of an integrated South Africa. Elba’s portrayal is befitting of the man’s amazing life story — but he never plays him as though he knows he is playing a legendary figure. Instead, Elba showcases Mandela’s inner struggles and strengths, making him feel tangibly human, even in his bravest moments. Elba received a Golden Globe nomination for his performance in Mandela: Long Walk to Freedom. 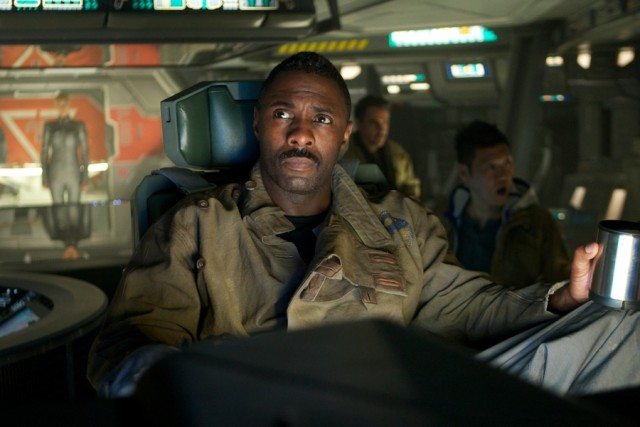 This action-packed prequel to Alien served as a reboot of the franchise and a stellar sci-fi experience. And though Elba played a supporting role in Prometheus, he made the most of the time he had on screen. As Janek, the captain of the film’s titular spacecraft, he once again made for a convincing leader. But he transformed his character from an irreverent pilot with little need for the scientific hypothesizing of his peers to a man wholly committed to understanding what he and his crew have encountered on their mission. 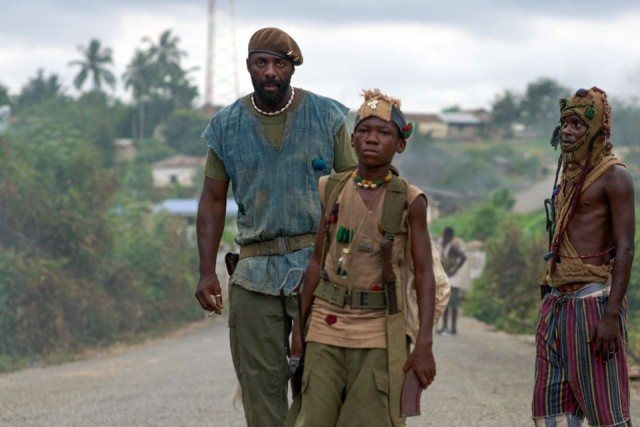 Beasts of No Nation | Netflix

Elba has defined his career by playing complex men with questionably defunct moral compasses. In Beasts of No Nation, he delivered his most nuanced, brutal, and spellbinding performance yet — and proved that he’s still capable of surprising us. He plays Commandant, a militia leader who is part-father figure, part-predator to a generation of young men in an undefined, war-torn African region. And he shows, in his limited time on screen, how with the right combination of charisma and resources, even the gentlest souls can be manipulated into performing atrocious acts. Elba’s Commandant is never subtle, but that doesn’t mean his performance is over the top. Whether he’s triumphantly training his recruits or grappling with the fact that he is merely a pawn in a larger game of war, Commandant is frighteningly relatable throughout emotional journey. Elba’s earned an Independent Spirit Award and a Critics Choice Award for his performance in Beasts of No Nation.