‘Frozen’ Star’s Next Role Won’t Be So Disney 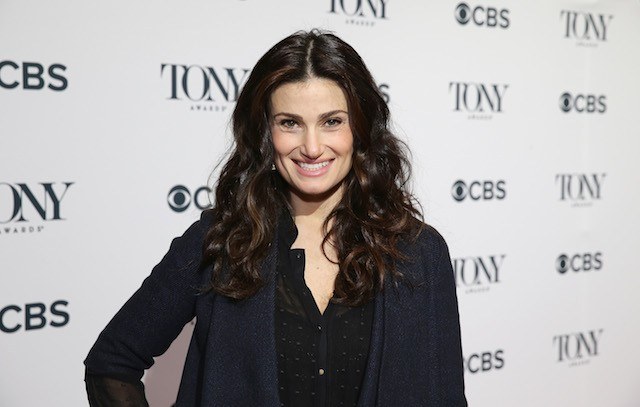 Idina Menzel has just booked her first leading TV role. The singer and actress, who is coming off a banner year after her part in Disney’s Oscar-winning Frozen, has been tapped to star in a developing half-hour comedy series, produced by Ellen DeGeneres.

Written by Randi Barnes (Legends of Oz: Dorothy’s Return), the series is entitled Happy Time and from the sounds of it, Menzel’s character won’t very Disney-like. The show is described as a single-camera comedy that stars the Tony winner as a woman in the public eye who desperately wants to stop pretending that she’s so happy all the time. According to Deadline, Warner Bros. TV will produce alongside DeGeneres’s A Very Good Prods. banner. Barnes will also executive produce.

Menzel has a long history on the Broadway stage, originating the role of Maureen Johnson in the hit musical Rent, which she reprised for the 2005 feature film adaptation. She also took on the lead in the blockbuster musical Wicked and is now wrapping up her starring turn in the 2014 production, If/Then.

In recent years though, she’s also garnered plenty of attention for her work on screen. While this will be Menzel’s first leading role on television, she’s no stranger to the small screen. The actress held a recurring guest role on Glee, starting in 2010. She’s made a name for herself in feature films as well. Menzel appeared in 2007’s Disney movie Enchanted, before lending her voice to the role of Elsa in the smash hit Frozen.

Thanks to Frozen’s massive, worldwide success (it’s now the highest-grossing animated film of all time), Menzel has reached a new level of recognition. Over the past year, she’s been pretty much everywhere, appearing at practically every major awards show to perform the hit, Oscar-winning Frozen track “Let It Go.” With her sights now set on television, it’s clear Menzel intends to keep that career momentum going.

From the sounds of it, the series could provide a refreshingly new kind of character for Menzel. It remains unclear whether or not Happy Time will actually involve any singing on her part. Per the synopsis though, it seems as if the series will be less musically themed, instead giving her a chance to showcase her comedic chops. In any case, Menzel could be on the verge of becoming an even bigger household name, should the show get picked up.

Per Deadline, the potential comedy is expected to be taken out in the summer and will likely air next year if it moves forward. In the meantime, Menzel has plenty of projects on her plate. The star is set to perform the national anthem live during the pregame festivities at this Sunday’s Super Bowl — and that’s not the only major music gig she has coming. As announced back in November, Menzel is also scheduled to embarking on a world tour at some point this summer. It will mark her first ever global tour, as well as her first time playing shows in Europe and Asia.