Plenty of political figures, from vice presidents like Joe Biden and Al Gore to first ladies like Michelle Obama and Nancy Reagan, have made guest spots on the small-screen, but only some have been successful at flexing their comedic muscles. These politicians earned laughs by making notable appearances on various well-known comedy shows, like NBC’s Parks and Recreation and Cheers. Here are 12 funny TV show cameos made by politicians. 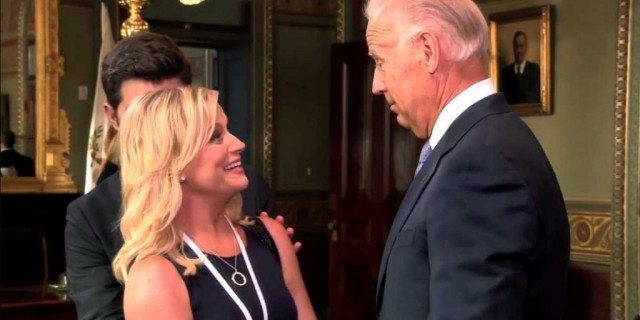 Amy Poehler’s city councilwoman character Leslie Knope always made it very clear that she had a thing for Biden, so he was bound to show up at some point. But the vice president was an especially good sport when he finally appeared in a 2012 episode as an engagement gift to Leslie from her fiancé, Ben Wyatt (played by Adam Scott). Biden played along as she stared deeply into his eyes and caressed his face. “You don’t let anything happen to him, you understand me?” Leslie told the Secret Service in the episode. “He is precious cargo!”

Biden also later showed up in the 2015 series finale of the NBC sitcom. 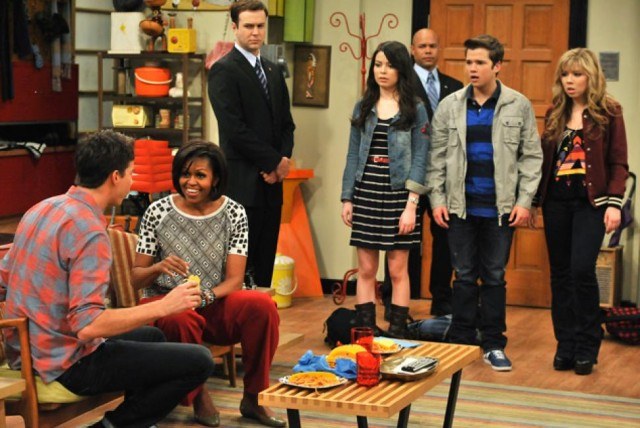 The first lady made a guest appearance on the Nickelodeon show, which she reportedly used to watch with her daughters, Sasha and Malia. Obama plays herself, paying an unexpected visit to the show’s lead character, Carly Shay, who’s struggling to cope with her father’s continued deployment in the Air Force overseas. The highlight of the episode? Her participation in “random dancing” with the characters.

Though her willingness to dance it out makes iCarly her most memorable small-screen cameo, that’s far from the first time the first lady has appeared on a TV show. She was also featured on Nashville, Parks and Recreation, and Disney Channel’s Jessie. 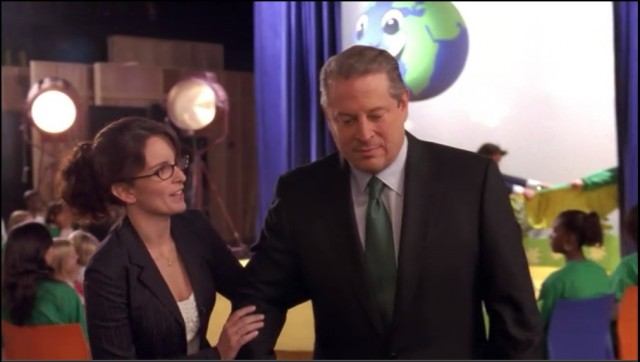 Former vice president Al Gore stopped by 30 Rock a couple of times, first in 2007 and again in 2009. In both cases, his appearance ended with him running off to solve one environmental disaster or another. His best line on the show: “Quiet! A whale is in trouble!,” which he hilariously says after hushing Liz Lemon (Tina Fey) while they’re mid-conversation. He then takes off his coat (the Gore equivalent of putting on a cape) and runs off to help.

The senior senator from Arizona and 2008 Republican presidential candidate made his first cameo on NBC’s Parks and Recreation in the fifth season premiere. The episode featured the politician walking in on Amy Poehler’s Leslie Knope while she had a moment in a coat closet.

That wasn’t the first time he worked with Poehler though. He previously hosted Saturday Night Live in 2002 and made an appearance in 2008, while the comedian was still part of the cast. He also made a second Parks and Recreation cameo during the sitcom’s final season. 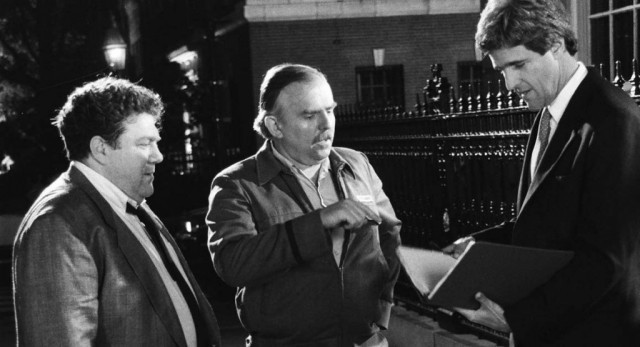 Kerry made an appearance on the NBC sitcom in 1992, back when he was a Massachusetts senator. In the episode, he’s confused for an anchorman by Cliff (John Ratzenberger) and Norm (George Wendt). “I love that report you did on the train wreck,” Cliff says. “They ought to get you for 60 Minutes as an anchor.” Unsurprisingly, when Kerry reveals his actual identity, the two are suddenly a lot less interested in getting his autograph. 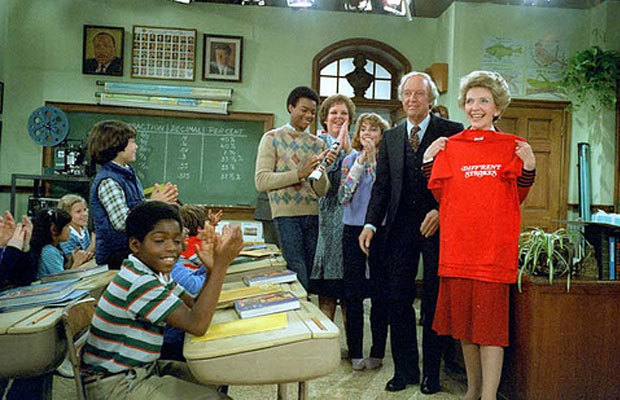 Reagan ultimately agreed to make the 1983 television cameo to discuss her “Just Say No” anti-drug campaign during a storyline in which Arnold (Gary Coleman), discovers that drugs were being sold at school while working as a reporter for the school newspaper. But though the guest appearance may have been part of a larger agenda, it still made for a pretty memorable small-screen moment. It was clear she couldn’t help but crack a real smile when Arnold asked, “Whatchu talkin’ bout, Mrs. Reagan?” 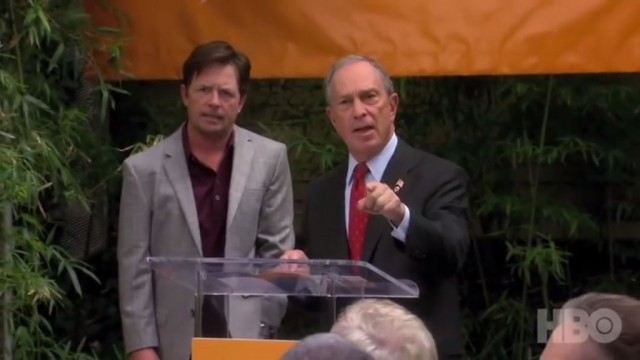 Bloomberg found himself in a classic Curb Your Enthusiasm scenario in 2011. In the episode, Larry David attends an event for the Michael J. Fox Foundation and — of course — manages to offend several people there. When Larry makes a gesture that makes it look as if he’s making fun of Parkinson’s disease, former New York Mayor Michael Bloomberg comes to Fox’s defense and effectively kicks Larry out of NYC. “Larry, let me tell you something, this guy is trying to put Parkinson’s out of business, and I’m here to put you out of this city,” Bloomberg says in the episode. “Get out of this town!” 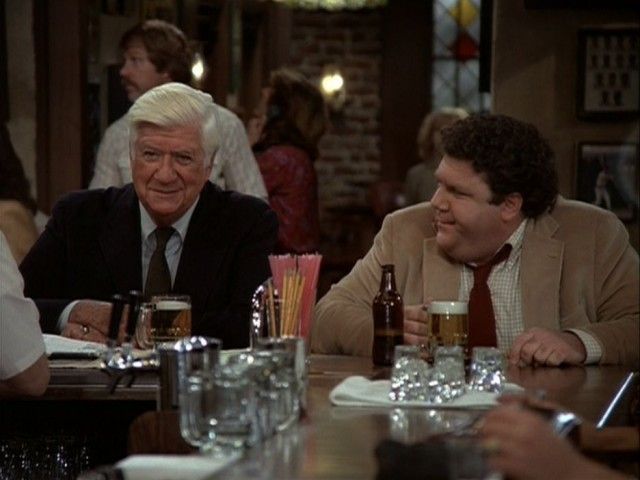 Thomas “Tip” O’Neill, who served as Speaker of the House from 1977 through 1987, played himself in the 1983 episode of Cheers titled “No Contest.” In the episode, the Boston native stops into the bar to escape Diane. He ends up running into Norm, who — completely unaware that the Speaker of the House is sitting right next to him — starts a verbal rant against Congress. It’s not until he’s listed various critiques that he realizes that an important political figure is listening to his tirade. 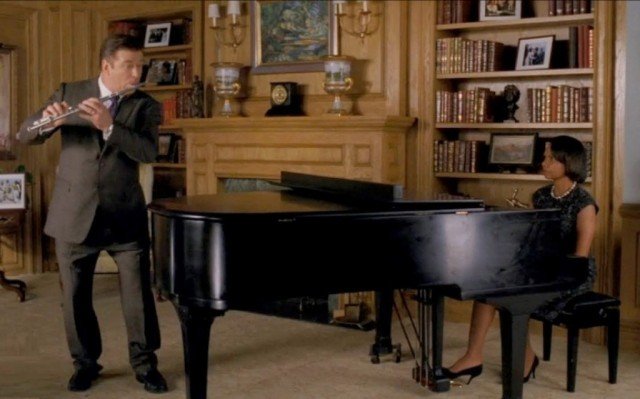 Rice appeared as an ex-girlfriend of Jack Donaghy’s (Alec Baldwin) on NBC’s 30 Rock. Though it’s not easy to stand against the likes of Baldwin, Rice more than held her own during her cameo. In the episode, the two enter into a heated, fast-paced argument before going toe-to-toe in a spontaneous musical battle, with Jack on the flute and Rice on the piano. Spoiler alert: “Condi,” as Baldwin’s Jack called her on the show, wins the fight. 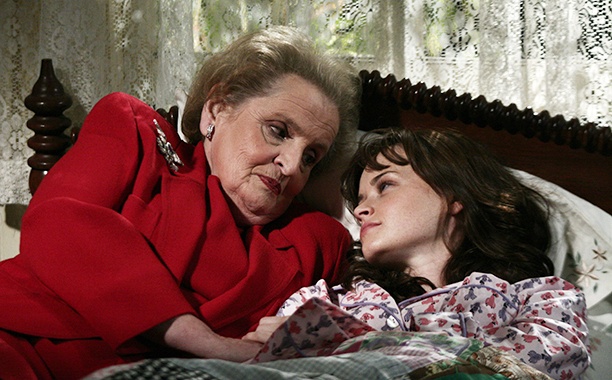 The former Secretary of State showed up in Rory’s dreams in a 2005 installment of this beloved dramedy, entitled “Twenty-One is the Loneliest Number.” On the eve of her 21st birthday, Rory — who is estranged from her real mom, Lorelai, at the time — dreams that Albright is her mother and that the politician is giving her the same speech that her actual mom gives her every year on her birthday.

The Speaker of the House made an appearance as himself in the 1996 episode, “All Singing! All Dancing! All Miserable!,” of the political satire series. In the episode, Murphy is put in charge of a “presscapade” dinner and skewers Gingrich in an off-camera speech. Gingrich shows up backstage to graciously offer congratulations and when Murphy expresses surprise, he reminds her that the First Amendment applies to everyone. 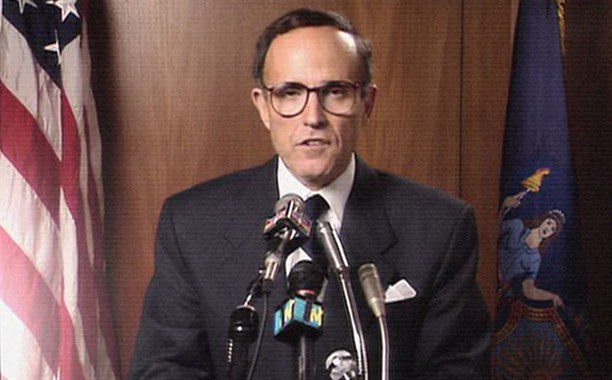 Giuliani made his cameo on Seinfeld in 1993, coinciding with his campaign to become mayor of New York City. In the Season 5 installment, entitled “The Non-Fat Yogurt,” Kramer attempts to persuade a lab technician to falsify proof that the non-fat frozen yogurt in which he has invested is actually non-fat. In the process, he accidentally contaminates a blood sample of Giuliani’s, leading him to believe he has high cholesterol. Giuliani then blames his blood test results on frozen yogurt, ruining Kramer’s efforts to save his investment.