How the Game ‘Inside’ Improves on ‘Limbo’ in Every Way 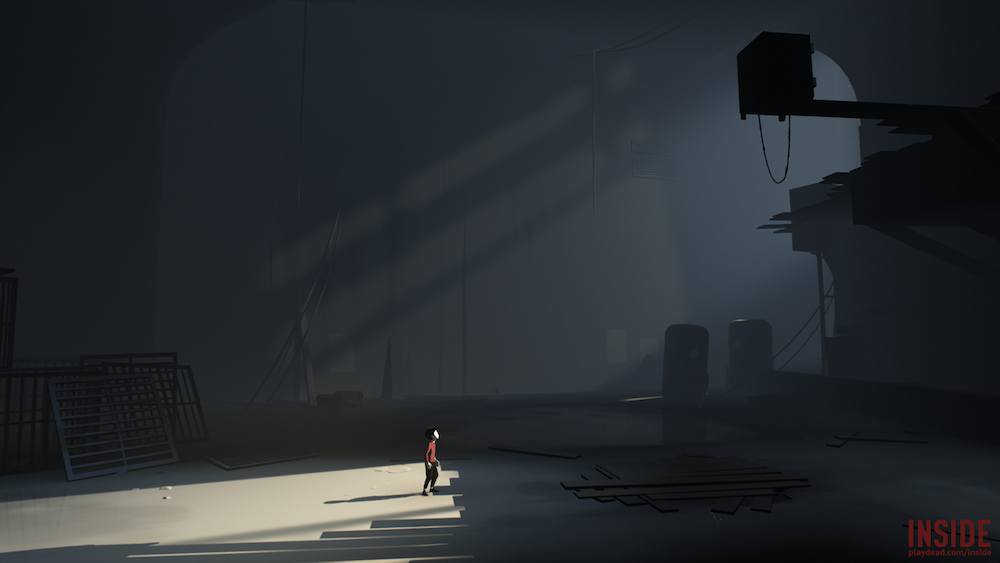 Inside is developer Playdead’s second game, after Limbo. Both are bleak platforming games about a child on the run in a world filled with danger. Both offer environmental puzzles to solve, like figuring out how to reach a high ledge or open a locked door. Both games also tap into existential dread in a way most games never touch.

For all their similarities, the new game Inside, available now for Xbox One and PC, is a more refined version of the template. It’s more intricately designed, with a better difficulty curve, but it’s also more disturbing, but in more subtle ways. If you play Inside, you’re not likely to forget the experience anytime soon — which is really saying something, seeing as the game only takes about four hours to play through. 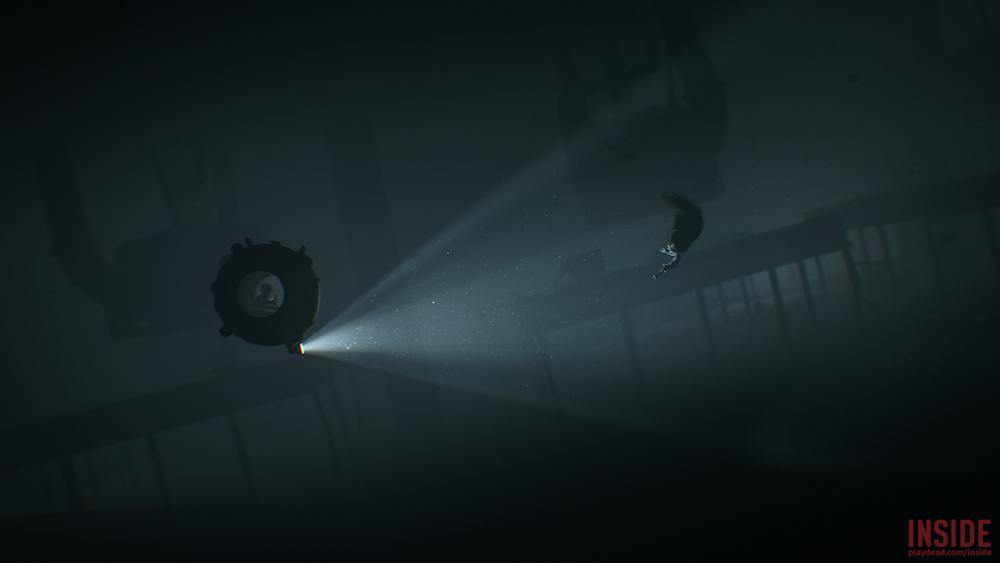 The game’s length depends on how quickly you can solve the puzzles, but thanks to Playdead’s masterful puzzle design, the solutions never felt out of reach. Though the game has no words, no tutorials, and no dialog of any kind, Inside manages to pass along all the information you need to solve its many puzzles just through the environments themselves.

It starts out simple, stopping your forward progress with a wall you can’t climb. Nearby you’ll find a conspicuous refrigerator sitting in the woods. Knock it over, and you can use it to clamber over the wall. Before long, you’ll be swimming, moving items onto pressure plates, and manipulating enemies into helping your progress. That the puzzles become more complicated — and yet passable — without the game telling you a thing is an enormous accomplishment, and one many players might overlook.

One thing that helps make the game easy to grasp is its simple control scheme, which only consist of two buttons and an analog stick. The stick controls movement, while the buttons let you jump and grab onto things. That’s it. That kind of simplicity might seem to limit the kinds of puzzles the could have, but that’s not a problem here. The puzzles are so varied and smartly designed that you quickly forget how limited the tool set is.

Because there’s no text or voice work, the game’s story is told through the environment and the events you see happen. Semi trucks move through through a foggy forest. Masked men with flashlights scan the perimeter. Dead farm animals are piled up outside an abandoned barn. Horrors much worse than that reveal themselves the further you get.

It also has some heart-pounding, intense moments. This is a game about a kid trying to sneak into a facility undetected, which means you’re always in danger of being caught by patrolling guards, dogs, and things that are much worse than that. Often when an enemy is chasing you, you’ll only be able to escape by a hair, which is always thrilling.

On top of that, Inside combines its dread-infused atmosphere with a all kinds of disturbing imagery. To get through some areas, you put on a helmet and control strange puppet-like creatures. Other times, groups of these puppets will follow you around. Giant tanks contain untold bodily horrors. It’s unsettling, and made even more so because its meaning isn’t obvious.

I’m not sure what to make of the story, but themes of control and power and bodies seem like threads you could pull begin to extract meaning. This is a game people will be talking about for a long time. 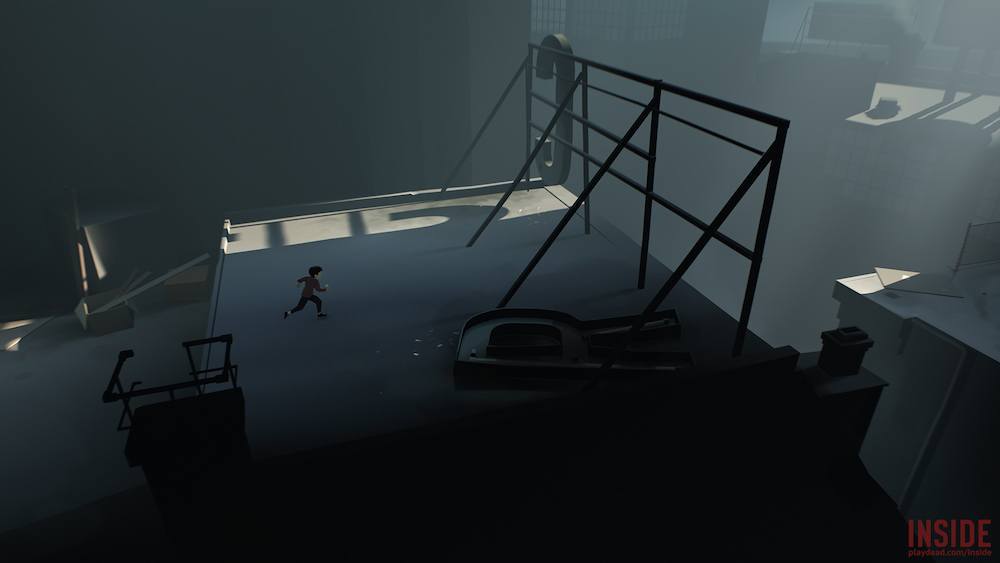 Inside doesn’t use graphic deaths to evoke discomfort in the way Limbo did. The deaths are usually quick; often it’s not even clear if your character has died or simply been caught.

In general, death is instructive in Inside. In many instances, there’s no way to know you’re going to be killed, like when a pack of dogs lunges on you or a psychotic sea creature spears toward you, snuffing out your life.

Thankfully, the checkpoints are frequent and the loading times are fast. The next time you approach the place you died, you’ll be on the lookout for anything to help you survive. 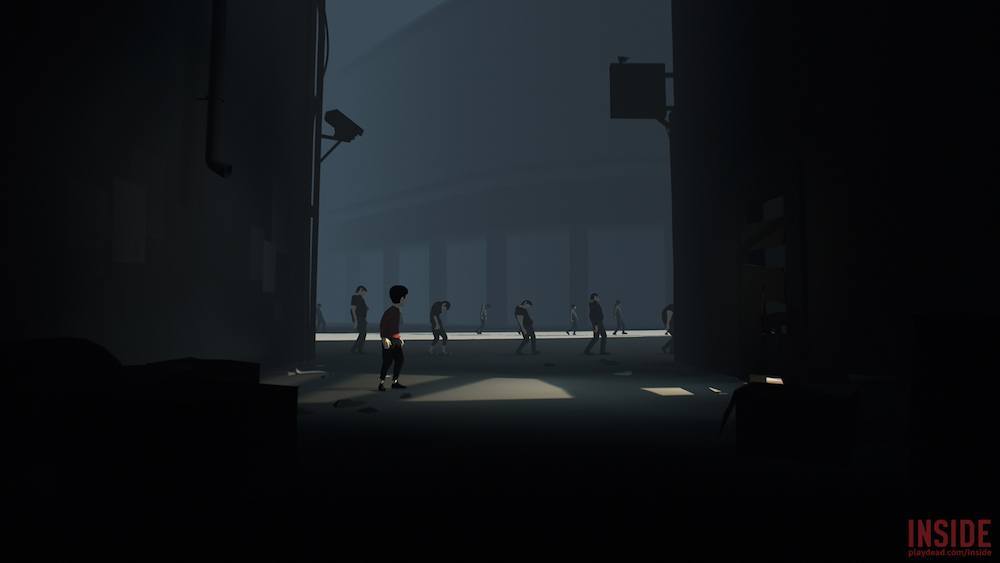 It’s no exaggeration to say that the ending is one of the most memorable things I’ve seen in a video game. It’s beyond bizarre. I won’t spoil it here, nor will I pretend I had any idea what it meant. But it will stick with me, as I suspect it will with everyone who plays it.

Inside is the video game equivalent of an arthouse film. It’s exquisitely designed, it produces powerful emotions, and its meaning is open to interpretation. That’s not going to be what everyone looks for in a video game, but it’s something few other games have ever tried, let alone accomplished so brilliantly.