The current conflict between Arya and Sansa Stark on Game of Thrones will not have a peaceful resolution, according to one of the show’s directors.

In a new interview with The Huffington Post, director Alan Taylor teased that the Arya and Sansa storyline is going to end in violence.

“Arya is certainly lethal and sort of threatening, but when Sansa sends Brienne away, who is Arya’s natural protector, something is coming very soon between them, and it will be violent but surprising,” Taylor said.

Taylor also said that he wanted viewers to feel during “Beyond the Wall” that either Arya or Sansa could die, though he did not give away whether one of them will.

“I love the fact that these two come back, they’re both lethal, and I just wanted to give the impression, as much as possible, that one of them is going to die,” Taylor said. “But you’re not sure which one.”

Some fans have taken Taylor’s “violent but surprising” comments to suggest that Arya will kill Sansa or vice versa in the season finale. But he could also be referring to something involving Littlefinger, with Arya or Sansa potentially realizing his scheme and having a violent confrontation with him. Taylor does also specify that what happens is “surprising,” and considering that he wanted viewers to think that Arya or Sansa will die, one of those things happening next week wouldn’t exactly be a surprise. 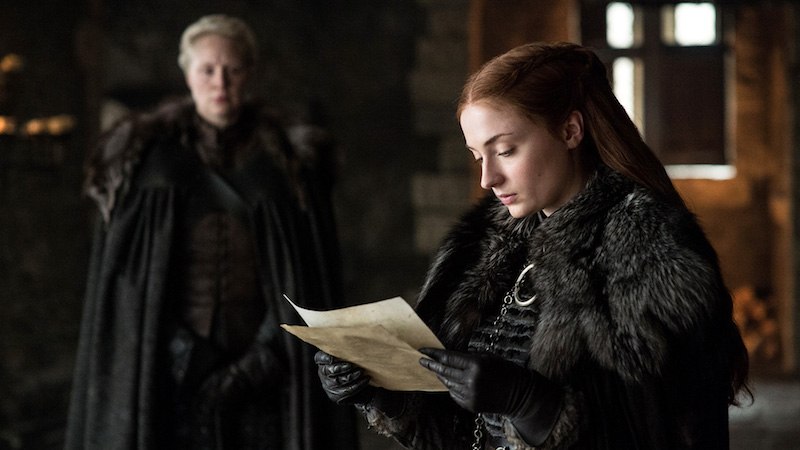 In “Beyond the Wall,” Arya Stark confronted Sansa Stark about the fact that Sansa called their father a traitor while under Cersei Lannister’s control. Towards the end of the episode, Arya seemed to threaten Sansa with the Valyrian steel dagger. As Alan Taylor notes, Sansa also sent Brienne to King’s Landing. This seems to have been the show’s way of getting Brienne, who is sworn to protect the Stark children, out of the picture for the conclusion of the Sansa vs. Arya storyline.

It’s not clear whether this will be resolved next week or whether it will carry over into next season. But the Game of Thrones season finale is 81 minutes long, meaning there’s plenty of time for the violent conclusion that Alan Taylor has teased. Game of Thrones‘ will wrap up its seventh season on August 27th on HBO.