‘Game Of Thrones’: The Misstep That Sealed Littlefinger’s Fate (Hint: It Wasn’t Coming Between Sansa and Arya Stark)

A ton happened in the Season 7 finale of HBO’s Game of Thrones. The Wall, which stood for thousands of years, protecting Westeros from the White Walkers and their Army of the Dead came crumbling down. Jon Snow and Daenerys Targaryen consummated their very hot, but very incestuous, relationship, while Jamie Lannister left his twin sister, Cersei, high and dry. But most importantly, Lord Petyr Baelish, who we all know as Littlefinger, finally met his end with a sharp slice across the neck from Arya Stark’s sword.

So how did we get here? Arya and Sansa Stark teamed up and put an end to the biggest liar, manipulator, and schemer of the Seven Kingdoms (Littlefinger was basically Joanne the Scammer of Westeros). He lived for chaos and drama. In one of his most iconic lines on GoT, he said, “Chaos isn’t a pit. Chaos is a ladder.”

Long before Sansa sentenced her “advisor” to death, the Lord Protector of the Vale made one major blunder that sealed his fate. This happened years before he tried to worm his way in between Sansa and Ayra and pit the two sisters against one another. Spoiler alert: He had it coming.

Before the games even began, Littlefinger put in motion the one thing that would lead to a bunch of catastrophic events — including Ned Stark’s death, the War of the Five Kings, Sansa’s marriage and rape, the Red Wedding, and so much more. This decision eventually led to Littlefinger digging his own grave.

It all began with the death of King Robert Baratheon’s Hand, Jon Arryn — an event that took place before the GoT pilot. It appeared at first that Jon Arryn had simply died of a fever. However, as the first season of GoT pressed forward, the truth was revealed. Slippery and conniving, Littlefinger (who always lusted after Arya and Sansa’s mother, Catelyn Stark) convinced Catelyn’s sister Lysa Arryn (Jon Arryn’s wife) to poison the old Hand.

After Jon Arryn’s death, Littlefinger married Lysa himself to become Lord Protector of the Vale. He would eventually push his dear wifey through the Moon Door — but we’ll get to that. 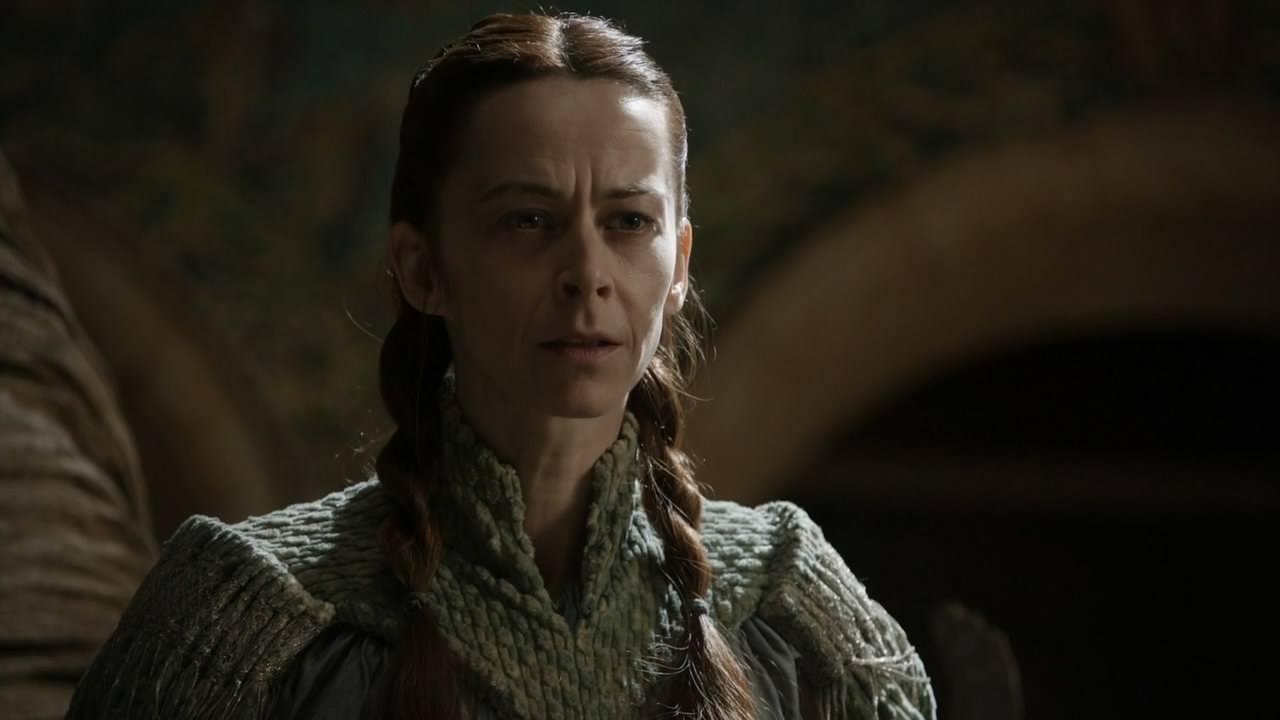 So how did the Starks get tangled up in this big mess? If you recall, Arya and Sansa’s father Ned was King Robert Baratheon’s BFF. The men had been to war together, and at one point, Robert was even betrothed to Ned’s sister, Lyanna.

When Jon Arryn kicked the bucket, King Robert came to Winterfell to ask Ned to be his new Hand. A step ahead (per usual), Littlefinger had Lysa send her sister Catelyn a letter that said the Lannisters had conspired to kill Jon. That information motivated Ned to accept the position as Hand of the King and investigate what the heck was going on in King’s Landing.

Unfortunately, Ned asked one too many questions and lost his head as a result.

As soon as he stepped foot in King’s Landing, Ned was on a quest to uncover the truth about Jon Arryn’s demise, and what he found was more damning than he could have ever imagined. There had always been whispers about King Robert’s wife, Queen Cersei Lannister, and her twin brother Jamie’s relationship. Though Robert and Cersei had three children (Joffrey, Tommen, and Myrcella Baratheon), they all had golden hair like their mom and Jamie. Like Jon Arryn before him, Ned quickly deduced that King Robert (a brunette) could not have been these kids’ biological father.

Unfortunately, Ned was too honorable and tried to confront Cersei with the truth —  all the while thinking Littlefinger had his back. Since King Robert was already dead (because his wife got him super drunk before a hunting trip), there was no one to save Ned, and Littlefinger and the City Watch turned on him (at the behest of Queen Cersei and her son, King Joffrey). Eventually, Ned was beheaded for his accusations, but not before Littlefinger whispered to him with a knife at his throat, “I did warn you not to trust me.” Savage.

In Season 4, Littlefinger did have a hand in the poisoning of the diabolical Joffrey, so he does get 10 points for that.

The War of the Five Kings

Aiden Gillen, who played Littlefinger, spoke to The Los Angeles Times about his character. “He’s quite self-satisfied and lethal,” he explained. Essentially, Littlefinger’s deadly manipulations pitted the Baratheons, Starks, and Lannisters against one another and triggered the War of the Five Kings, which left everyone and their mama (literally) dead. So how did Littlefinger set all of this in motion?

After Ned’s death, the Lannisters basically held Arya and Sansa captive. Littlefinger slithered up to their mother, who had stayed in Winterfell to nurse her son, Bran Stark, back to health. In Season 1, Bran was pushed off a tower by Jamie Lannister (no one knew this). A distraught Catelyn was suspicious of the accident from the beginning, so when Littlefinger convinced her that Tyrion Lannister was actually the culprit, she had him arrested — and thus, the War of the Five Kings ensued.

In reality, Tyrion was probably laid up at a brothel with his face in a goblet of wine when all of this went down. But alas, his father Tywin had Catelyn’s home, the Riverlands, attacked in retaliation for his arrest. Before we knew it, all of the houses were at war with one another, scrambling to claim their place on the Iron Throne.

After her father’s death, Sansa was forced to marry Tyrion Lannister. (Don’t worry, Tyrion was cool and tried to protect Sansa as much as he could). Joffrey, on the other hand, was set to marry Margaery Tyrell. At their wedding, Littlefinger, along with Lady Olenna Tyrell, murdered our favorite little psychopath, Joffrey, with poisoned wine. Upon his escape of King’s Landing, Littlefinger smuggled Sansa away with him to the Vale where he married her Aunt Lysa and had the woman take in her orphaned niece.

Unfortunately, Lysa began to get increasingly jealous of her niece and Littlefinger’s affections for the girl. Weary of her hysterics and because he had no further need of her, Littlefinger promptly pushed the woman through her Moon Door the first chance he could. Just before doing so he said, “My sweet, silly wife. I have only loved one woman — only one, my entire life. Your sister.”

No one was all that upset about Lysa’s murder because she was the worst, but as a result of her death, Sansa became Littlefinger’s ward. He promptly sold her off to Ramsay Bolton, who had taken over her home in Winterfell, and poor Sansa had to endure months of psychological, sexual, and physical terror at Ramsay’s hand.

An obsession with Sansa

It always goes back to love, doesn’t it? Catelyn Stark never viewed Littlefinger as anything more than a loving, harmless little brother. His love for her was unrequited, so when she died, all of those feelings transferred to her look-alike eldest daughter, Sansa. Though Jon Snow warned Littlefinger not to touch his sister, the Lord’s obsession meant he couldn’t seem to stop himself from getting close to her as a mentor.

Gillen told The New York Times, “I’m not really playing a romantic interest there. I know that’s how it appears, but it’s something slightly different.” As her advisor, Littlefinger gave Sansa some of the most invaluable information of her life. He told her:

Don’t fight in the North or the South. Fight every battle everywhere, always in your mind. Everyone is your enemy; everyone is your friend. Every possible series of events is happening all at once. Live that way and nothing will surprise you. Everything that happens will be something that you’ve seen before.

As Sansa told him upon handing down his death sentence, “I’m a slow learner, it’s true. But I learn.”

Arya and Sansa were never besties as young girls. However, after years of separation and enduring unimaginable hardship, the sisters knew that they had to stick together. After all, they were delighted to see one another again.

Sansa has always been aware that Littlefinger was not the most trustworthy.  During Season 6, she told her brother, Jon Snow, “Only a fool would trust Littlefinger.” However, she used his desire for her to her advantage.

Many GoT fans assumed that Arya didn’t know Littlefinger was spying on her after she arrived at Winterfell. However, Arya can become anyone she wants, and if she truly wanted to hide from him, she could have. After the Season 7 finale, we now know that she lured him into her trap.

Using what they knew about the demise of their family, as well as the details that only their brother, Bran, could see as the Three-Eyed Raven, helped the Stark sisters untangle Littlefinger’s web of lies and schemes. Consequently, their revenge against him was even sweeter.