‘Game of Thrones’: Why Jon Snow Will Win the Iron Throne

It’s been a long time coming, but the stars are finally aligning for Jon Snow in a big way. He is now firmly on a collision course for the Iron Throne having been named King of the North completely independent of the fact that he will certainly know before long what his true parentage is. That gives him two completely different paths to the Iron Throne that will certainly come into play sooner rather than later.

So will Jon actually win the Iron Throne? This is Game of Thrones after all, where nothing seems to ever go as planned. But if he does actually make it, these are the reasons why.

1. He has a legitimate claim to the Iron Throne 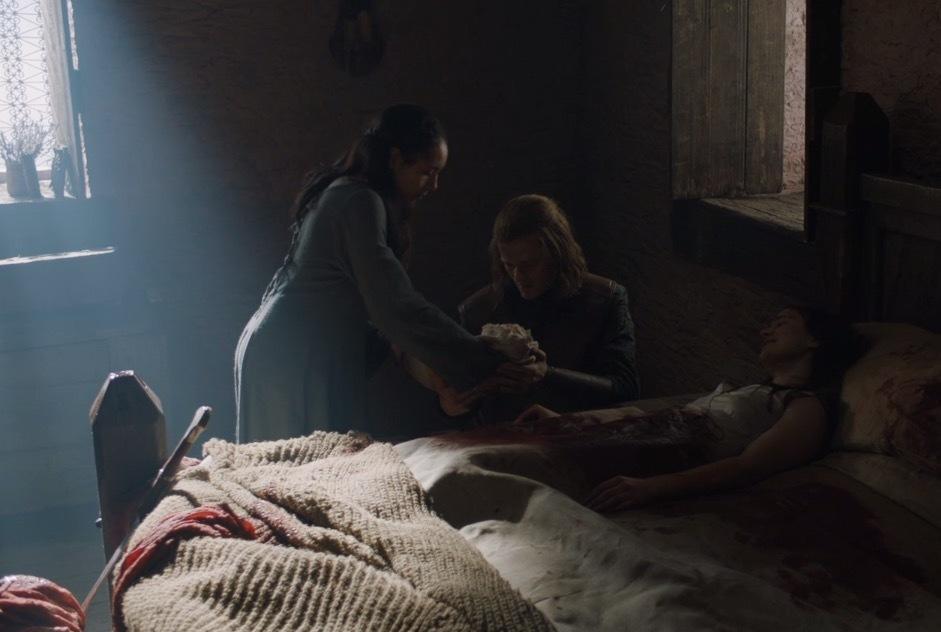 Book readers, TV viewers, and a mix of the two finally had the long-believed theory of “R + L = J” proven correct in the final episode of Game of Thrones’ sixth season. Now that we know that Jon is in fact the son of Rhaegar Targaryen and Lyanna Stark, we can safely put him on the short list of characters with a direct link to the Iron Throne. The revelation means that Jon is the nephew of Daenerys Targaryen, but the heir apparent to the throne since kingship travels through male heirs.

That being said, the final episode also showed that bastards can be legitimized in this world and if Jon is already King of the North, imagine how people might stand behind him if they were to find out his true heritage.

2. He has learned from the best (and worst)

Jon’s journey to become King of the North has allowed him to learn from some of the greatest teachers Westeros has to offer. Starting with Ned Stark, who took Jon under his wing as much as could be allowed (and we now know why), he also found himself later learning from figures like Maester Aemon, Jeor Mormont, and Mance Rayder.

But he’s also dealt with some of the worst — Ser Alliser Thorne and Ramsey Bolton have taught him what not to do and to not trust anyone.

In this way he’s probably more like Eddard Stark than any of the actual Stark children. As a member of the Night Watch, he continually kept his vows (we’ll give the Ygritte situation a pass) despite opportunities for revenge or an offer of legitimacy from Stannis Baratheon. Only when he actually died, which frees him from his vows, did Jon finally decide to leave the Night’s Watch.

All of that being said, we saw how honor eventually caught up with Eddard so he’ll have to find a way to play the game as well if he wants to keep his momentum going.

While he totally screwed up in the Battle of the Bastards, for the most part he’s proven himself a strong leader. This includes leading the Night’s Watch to victory against the wildlings and fighting back against the White Walkers at Hordhome.

But off the battlefield is where he’s proven to be a great leader, having successfully formed an alliance with the Wildlings and negotiating difficult political situations. And now, as the King of the North, it’s clear that he represents something to the people that has sorely been lacking: hope.

5. He can make the tough decisions

Time after time Jon has been the person to make difficult situations in grey areas. This means doling out justice when the situation calls for it, but also showing compassion in times when it can get him into trouble, such as when put an arrow through Mance Rayder heart rather than letting him be burned at the stake.

Of course his decision-making has also led to severe consequences. While his foresight in joining forces with the Wildlings was essential in securing survival, it cost him his life. Lucky for him Melisandre was around to resurrect him, but now that he’s chose to send her away it’s yet another example of the right decision putting him in danger.

6. He has a strong second-in-command

Ser Davos Seaworth has established himself as the presumed Hand of the King if Jon were to take the Iron Throne and there’s no reason to believe he wouldn’t be up for the challenge. Davos has not only proved himself a capable strategist through his alliances with Stannis Baratheon and now Jon, but he also has the gift of perspective given his low birth and time as a pirate before being knighted.

He has also showed himself to be a man of honor much like Jon when he allowed Stannis to cut off four of his finger tips for the crimes of smuggling, which he believed was just. Add it all up and you have someone with enough experience and intelligence to help Jon take the Iron Throne and rule it justly.

7. He is one of the only people taking the White Walkers seriously

As the White Walkers continue to wander around in the North, Jon is one of the very few who actually takes the threat seriously — although given their pace, you can’t really blame the Southerners. He is not only one of the few to have fought against them, but he has also killed a White Walker in combat and seen the Night King.

This all sets him up to be a key figure in the strategy when the White Walkers finally do make it further South and the big battle begins. Don’t be surprised if the fight for the Iron Throne at that point becomes an afterthought with Jon’s actions in the war elevating him to the throne when it’s done.