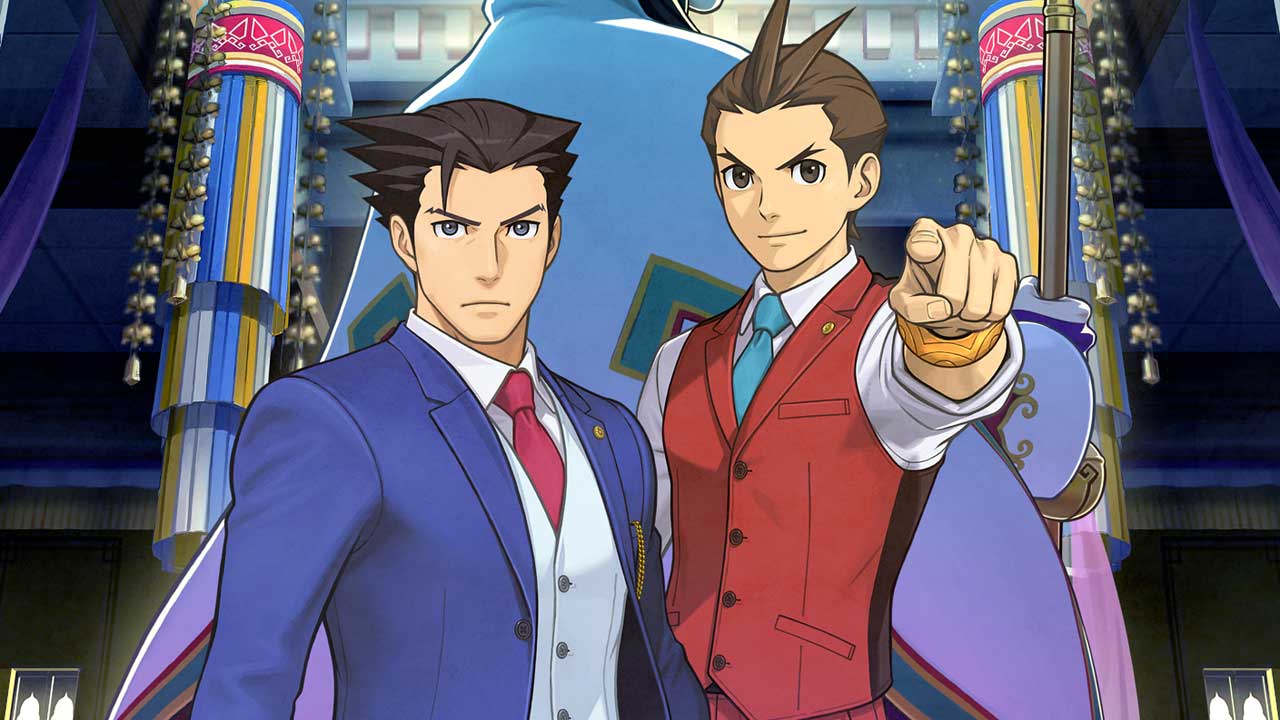 Let’s say you’re ready to move past recent games like No Man’s Sky and Deus Ex: Mankind Divided. You’re probably looking at your video game shelf and wondering when something new will arrive that you’ll want to play.

Dear reader, you’re in luck, because a handful of noteworthy games are are heading our way. There’s a little something for everyone in next week’s games, whether you’re into retro brawlers, karaoke singing, or silly courtroom drama. Read on for everything you need to know about the games launching the week of September 5, 2016.

If you cut your teeth on old-school brawlers like Double Dragon and Streets of Rage, then Mother Russia Bleeds will be right up your alley — assuming you don’t mind gallons of pixelated blood pouring all over the screen. This retro-style beat-‘em-up is ludicrously violent. It’s like a side-scrolling version of Hotline Miami that relishes the violence you inflict.

You can use just about anything to beat your opponents to a bloody pulp, from skateboards to brass knuckles, not to mention the various guns that are available. And if you get lonely, you can invite up to three friends to join you in the bloodbath. Watch the trailer to get a sense of the game’s anarchic vibe.

The phone in your pocket is the controller for this karaoke-like game. Download an app and sync your phone with the game, and you’ll see a live video feed of your face on the TV screen. The game uses your phone’s front-facing camera and microphone to capture you lip-syncing or belting out tunes in real time. It comes with 45 songs that range from newer stuff like Bieber’s “What Do You Mean” to classics like “Wonderwall.” You can also apply a number of camera filters that let you put your own stamp on your performance. And with four-player sing-alongs, it’s a capable party game, too.

3. The Legend of Heroes: Trails of Cold Steel II

Fans of Japanese role-playing games will want to check this one out. It’s a save-the-world story about a group of talented students who fight evil using turn-based combat. If you have a save from the previous game, your relationship choices and certain items will carry over. A word of warning: Because the game is so focused on narrative, you probably shouldn’t play this installment until you’ve played its predecessor, as they’re tightly linked.

This game will be available via Early Access on September 6 for a price of $20, even though the final version of the game will be free to play. To make it worth your while, this “Founders Pack” gives you more than $30 worth of in-app purchases.

But what is The Tomorrow Children? I’m not entirely sure, because the premise is almost impossible to wrap your head around. Developer Q-Games describes it on the PlayStation blog like this:

The Tomorrow Children is the story of a future re-imagined from the after-effects of an experiment in 1960s Russia that attempted to ‘sublime’ the human race, or meld all human minds into one global consciousness. Unfortunately it went wrong and decimated the planet, and it took the next 90 years for the few humans left to rebuild to the point where they have created you, the player, as a “projection clone.” You’re tasked with venturing out into “The Void” to reclaim the human race and restore it to its former glory!

I think I just pulled a muscle in my brain. The gameplay looks equally tough to conceptualize, kind of like a mix between Minecraft and SimCity, with online multiplayer elements thrown in for good measure. Whatever it is, it sounds like a unique gaming experience you won’t find anywhere else.

That said, unless you’re flush with disposable income, it might be wise to wait for the final free version before diving in.

Originally a mobile game, Oceanhorn makes no bones about being inspired by Zelda. Much like 2003’s The Wind Waker, this colorful action-adventure game stars a sword-swinging kid who travels between islands to explore dungeons, solve puzzles, and root out shiny treasures.

You’ll find familiar weapons to use like bombs and arrows, and even collect heart containers to increase your health bar. If it sounds like borderline plagiarism of Nintendo’s signature series, you’re not far off from the truth. But Oceanhorn has a style all its own, with gorgeous visuals and open-world gameplay that ought to work great with a controller.

If you’re a fan of top-down shooters, you’ll want to keep an eye on Dogos, a stylish game that puts you in a ship and sends all kinds of laser-equipped enemies your way. It comes with 14 open-world levels to explore as you blast enemies and speed through tight valleys at top speed. Keep an eye out for reviews if that sounds like your kind of fun.

Few game series pack as many dramatic — and often silly — story lines into a compelling package as Phoenix Wright. In his latest litigious adventure, Mr. Wright arrives in the strange Kingdom of Khura’in, a land without lawyers. When he finds a boy accused of murder, with no one to defend him, Phoenix steps up to the plate to dig through the evidence, interview witnesses, and present his case to the judge. If you have a 3DS, you’re almost guaranteed to enjoy this one, whether you’ve played past Phoenix Wright games or not.