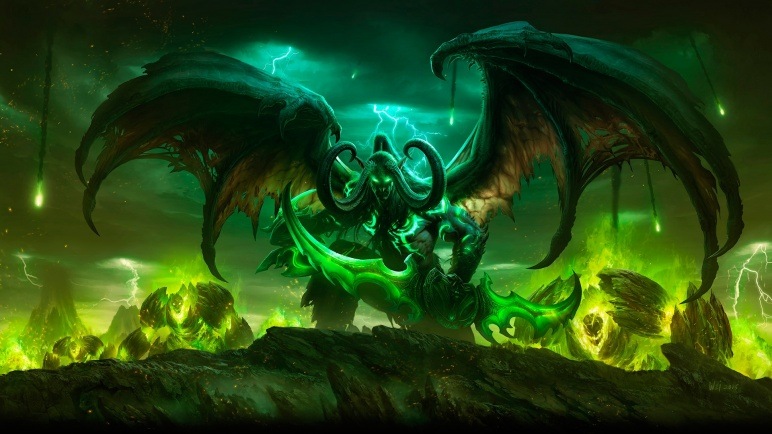 This summer has been a slow one for fans of big blockbuster games. That’s starting to change now that fall is coming on, so we have a couple of big name games coming next week, alongside a number of indies. So if you’ve already played through recent games like No Man’s Sky and Deus Ex: Mankind Divided, and you’re ready to move on to something else, we have all the info you need. There’s a little something for everyone in the games launching next week, whether you’re into massive RPGs, horror classics, or racing games. Read on for everything you need about the games releasing the week of August 29, 2016.

The sixth expansion to the long-running MMO, Legion kicks off when the demonic Burning Legion come rampaging into the world of Azeroth. Players take to the Broken Isles, where they get hold of some powerful Artifact weapons that will help them fight back the evil intruders. This expansion also raises the level cap from 100 to 110, so if you’ve reached the ceiling, you can now become more powerful than ever before.

I’ll never forget the first time I got my head chopped off by a chainsaw maniac in Resident Evil 4. It was a gruesome, unexpected death that seemed to come out of nowhere. The game had a lot more than that in store for players, like scenes of incredible tension, killer boss fights, and head-scratching puzzles. Not only was it one of the best games of its generation, it’s one of the best games of all time. Whether you missed it during its 2005 release, or you haven’t played it since then, now is a perfect time to get back into the horror. This is a game that everyone should play.

Armello is a colorful fantasy game that pits clans of anthropomorphic animals against one another in an attempt to take charge of the kingdom. It’s a video game, but it plays just like a board game. You move your animal hero across hex-shaped spaces and play ability cards as you try to strengthen up and make your play for the throne. The game has been out on other platforms for a while, where it received mostly positive reviews. Check it out if you’re into fantasy animal adventures like Redwall or Watership Down.

Attack on Titan is one of the most popular anime series on the planet. This game is set during the first season of the show, which means you live in a city beleaguered by enormous naked giants who want to eat you. That’s about all the information we have on it so far, so unless you’re a diehard fan, wait for reviews before buying.

For a more laid-back experience, you might be interested in The Turing Test, a game that has you exploring a space station and solving puzzles “only a human could solve,” according to the game’s marketing materials. It’s made by the makers of Pneuma: The Breath of Life, which didn’t get the best reviews, but perhaps the developers have honed their puzzle-making skills in the interim.

Assetto Corsa is a realistic racing sim, so it features real cars and real tracks, and it strives to provide the most realistic racing physics the PS4 and Xbox One can deliver. The game received positive reviews when it launched on PC a couple of years ago, so if you’re in the mood for a high-octane racer, this could be a good bet.

If you’ve seen Snowpiercer, then the premise of The Final Station should sound familiar. You’re on a train during the end of the world. You’re in charge of the train and its passengers, so you’ll have to keep them safe as you battle through hordes of “the infected” at each station, while you look for supplies and survivors.

Nintendo hasn’t delivered a “true” Metroid game for six years now (and that’s if you count Other M), so Tom Happ, the maker of Axiom Verge, has stepped up to deliver the kind of game Metroid fans want. You play as a scientist who wakes up in a strange world full of sprawling environments, alien enemies, and useful items scattered around. Happ is the sole creator of this game, so he did the art, programming, and music all by himself, which is quite an accomplishment.

The game has already launched on other systems to rave reviews. So if you’re a Wii U owner who’s dying for something decent to play, this is definitely your best bet.