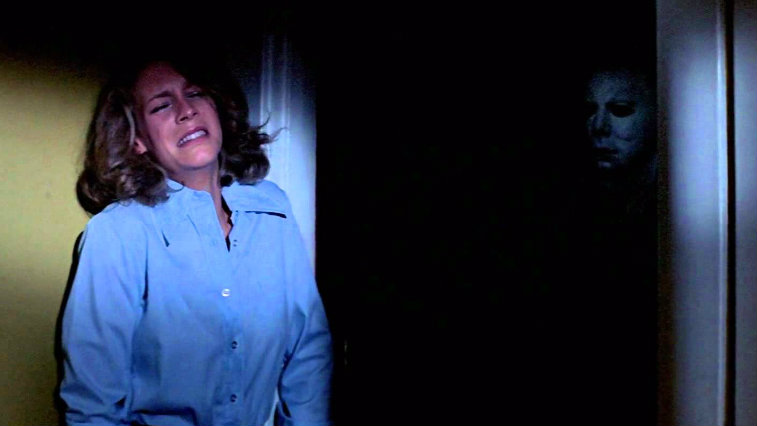 Perhaps more than most genres, horror films are overwhelmed by familiar tropes that can often result in many releases being labeled bland, derivative, or just plain boring. Jump scares, creepy basements, and a nearly invincible slasher are just a few of the cliches many horror films fall into, but chief among the most popular horror movie trademarks is the presence of one heroic female figure who winds up being the central character — and, in many cases, an iconic one — who remains the last person standing in the face of all that danger. Known as the “final girl,” this character archetype can be found all throughout horror cinema, to the point that last year’s underrated film, The Final Girls hinges on viewers’ familiarity with the role these characters play in such releases.

While countless leading ladies have emerged as memorable final girls — or “scream queens,” as they’re also often known — we’re looking at the most iconic ones throughout the history of horror cinema. In addition, rather than basing our selections on an actress’s body of work, we’re looking at individual performances and considering the impact they’ve had on the genre as well as how well they were received by fans and critics alike. Let’s all take a breath and meet the “scream queens” in question.

This Adam Green film falls squarely into the slasher genre, but Feldman’s performance as Marybeth has helped it sustain a cult following. Although the actress was replaced in the sequel by Danielle Harris, this first installment in the franchise still managed to sneak ahead and earn a spot on our list.

Much like The Final Girls, this Drew Goddard film applies a subversive sense of humor that deconstructs many of the horror film tropes audiences know and love. As the designated “final girl,” Connolly delivers a strong turn that keeps Dana a sympathetic, believable character even when the film erupts into insanity.

Some fans may be surprised that Adrienne King’s Alice from the first Friday the 13th film has been usurped by Steel’s Ginny Field in the sequel. However, we stand by our choice, as Ginny is the more compelling and stronger character of the two, especially since she is the first to really face off against Jason.

Adam Wingard is getting tons of attention for resurrecting the Blair Witch franchise, but horror aficionados no doubt remember his work on this film. Vinson’s Erin Harson is the glue that keeps the film together, demonstrating true ingenuity in the face of a deadly home invasion.

Pinhead is one of the most iconic big-screen boogeymen in cinema history. So it stands to reason that he would have an equally memorable hero to oppose him. As the innocent caught in the web of the Cenobites and their terrifying puzzle box, Laurence brings such strength to Kirsty that it elevates the film.

The most recent entry on this list, Monroe’s Jay might not be a “final girl” in the traditional sense, but she certainly deserves the title of “scream queen.” After all, she masterfully sells the terror involved in her character’s predicament, helping the film become one of the most praised horror films in recent years.

Rarely does a horror movie center exclusively on a group of women. So it’s a relief that The Descent is actually a horror film worthy of that fact. Macdonald’s Sarah might not have become as iconic as many of the other ladies on this list, but she definitely keeps the film moving and serves as the audience surrogate.

One of the most notable horror films to turn the yuletide season into a horror show, this film is celebrated for the bold way it presents its bare-bones tale as well as Hussey’s performance as Jess Bradford. The actress has appeared in many films over her career, but we’re confident in saying this is a standout.

The prospect of an Evil Dead film without Bruce Campbell’s Ash seemed unthinkable, but with Levy’s committed performance as the tormented, recovering drug addict, Mia Allen, audiences soon forgot that there wasn’t a chainsaw hand or boomstick in sight. Levy nails the role in a very emotional way.

This Wes Craven franchise helped jumpstart the return of the slasher film, and some of that credit must go to its leading lady. Campbell’s Sidney Prescott develops from an innocent teen into a more guarded character as the series goes on, and with a lesser actress in place, that development could have fallen flat.

Tobe Hooper’s classic put audiences in the den of a cannibal family, but Burns’s Sally made the most grotesque situation imaginable feel grounded in reality and kept audiences in the moment, terrified of what might happen next. In the decades since, she’s remained one of the most notable horror heroines ever.

While Weaver’s Ellen Ripley is an undisputed icon of cinema, we’re knocking her a bit further down this list, seeing as Alien is as much a sci-fi film as it is horror movie. To that end, it veers away from many of the tropes we’re looking to celebrate, with Ripley already introduced as a strong character empowered from the start.

Freddy Krueger still haunts our nightmare decades later, but at least Langenkamp’s Nancy is there to protect us. The character formulates a plan to take down the dream demon even as her friends are dying around her, and she returns twice more to take him on, though the actress played herself in the latter.

As if there was any other character who could top our list. Curtis’s Laurie Strode is the quintessential final girl/scream queen, armed with a big heart, a positive spirit, and the determination to face down and defeat evil across multiple films. As many leading ladies as the horror genre may bring, Laurie will likely never be topped.