Green Day Frontman to Play Future Self in ‘Geezer’ 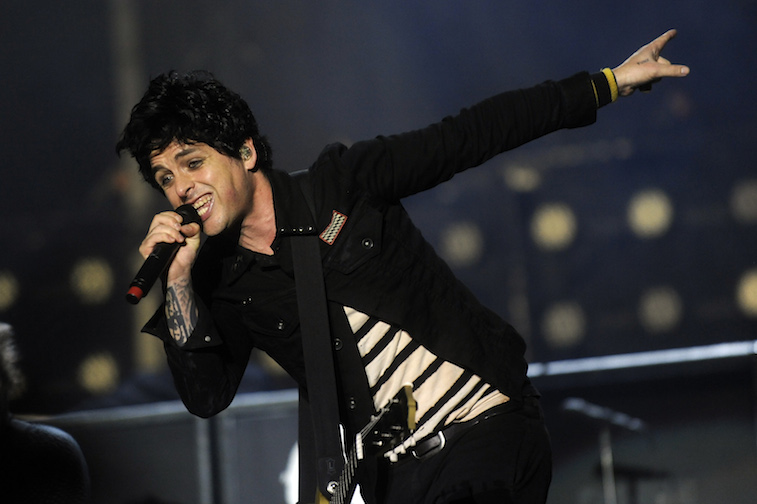 Green Day frontman Billie Joe Armstrong has been the leader of an iconic rock band, seen his music adapted into a Broadway play, and now he’s making his first major acting debut in the upcoming comedy Geezer, in which he’ll play a washed-up punk musician who has difficulty adjusting to the normal world when his band goes on an indefinite hiatus. The movie co-stars an impressive comedic cast including Judy Greer, Selma Blair, Chris Messina, and Fred Armisen, and according to Deadline just got sold at Cannes. Armstrong made a couple Broadway appearances when the American Idiot musical was in production, but it will certainly be interesting to see if the musician can pull off acting in a film.

The movie was written and directed by Lee Kirk, who was inspired to make it when facing a sort-of midlife crisis of his own. “The initial seeds for Geezer were planted a couple of years ago, when my son was born within weeks of my fortieth birthday,” he told Variety. “Billie Joe Armstrong brings an exciting authenticity to the film. He’s a dad, he’s a musician and he’s an incredible talent.” The movie is also promised to include new music written and performed by Armstrong.

Armstrong’s character works at his family’s hardware store while the band is broken up, but never truly accepts that they’re never getting back together. His wife, played by Blair, is a successful attorney who along with his daughter accidentally forgets his fortieth birthday. His brother, played by Messina, feels bad for him and decides to throw him a birthday party at a swanky hotel in New York City. At the party, the character’s punk rock past and middle-aged present clash hilariously as he runs into his former band members and an old flame, played by Greer. Her character is now a manager who offers him a chance to revive his music career.

Kirk is also known for the romantic comedy The Giant Mechanical Man, which starred his wife The Office’s Jenna Fischer as well as Messina and Malin Akerman. The offbeat movie is about a street performer who dresses up as a robot and the zoo employee he falls in love with.

This isn’t Armstrong’s first movie role, but it is his biggest yet. He had a small part in this spring’s little-noticed Like Sunday, Like Rain with Leighton Meester in which he played a musician ex of one of the characters in a performance the The AV Club referred to as one-note. Here’s hoping he does more with more of a role in Geezer.

Green Day was inducted into the Rock and Roll Hall of Fame this year, but the band hasn’t come out with new music since 2012. Armstrong has always been the most active member of the group and has done musical projects collaborating with other artists, but now he seems like he’s launching an acting career. Anyone familiar with Armstrong’s flamboyant and theatrical stage presence would know that jumping from the stage of rock arenas to the silver screen shouldn’t be too farfetched a leap for him. This character sounds like it’s not too far from real life for Armstrong, aside from being unsuccessful, but it will be interesting to see whether the musician has the comedic timing and charisma necessary to pull off a funny role.