‘Grey’s Anatomy’: Every Reason Stars Have Left the Hit Show

Grey’s Anatomy has become the longest-running scripted primetime show on ABC by making it to 16 seasons. But lasting that long hasn’t been easy. The show has struggled to stay fresh, despite showing hundreds of surgeries and multiple love triangles.

Things haven’t been easy behind the scenes of the show either. Ellen Pompeo recently opened up about having to fight to be properly paid despite her being the lead on the show. She also had to weather many cast members leaving on good and bad terms.

So why did so many actors leave the show? We decided to find out. Here are all the reasons why 13 actors quit or were fired from the show. 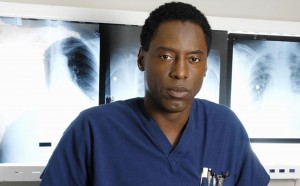 The actor made headlines for referring to co-star T.R. Knight as a homophobic slur in an argument on set. He publicly apologized then his character, Dr. Preston Burke was written off the show.

“I don’t know if it’s a question of ‘fair.’ I’m saddened by the outcome,” Washington told Entertainment Weekly. “I did everything that the producers and the network asked me to do.” He also added, “I came back under great duress and stress, and thought I was doing the job I was hired to do.”

His character was shockingly not killed off the show, which gave him the opportunity to return to the show years later to help send off Sandra Oh’s exit.

Next: This actress said she needed a break from the series.

Sara Ramirez played Dr. Callie Torres for 10 years before announcing she was leaving the show. The departure seemed amicable. “I’m deeply grateful to have spent the last 10 years with my family at ‘Grey’s Anatomy’ and ABC, but for now, I’m taking some welcome time off,” she said on Twitter.

Since leaving the show she has played a role on Madam Secretary and has been more involved with activism for the LGBTQ community. However, she seems open to going back to Grey’s Anatomy. She told Entertainment Weekly, “when Shonda [Rhimes] and I last spoke, we agreed to keep the conversations going, and she knows I’m open to keeping those conversations going.”

Next: This actress reportedly was cut for this reason.

Jessica Capshaw stayed on the show after Sara Ramirez left. But it didn’t last long given she was reportedly cut to give more time to other storylines, according to Us Weekly.

The news of the departure angered fans who somewhat took it out on Ellen Pompeo. Pompeo said the departures just come with having a long-running show.

Next: This actress was reportedly unhappy with how her character was written.

Sara Drew’s departure was announced at the same time as Jessica Capshaw’s. A source claimed she was cut to focus on other characters. But a source also told Us Weekly, “For Sarah, it was about how her character really wasn’t evolving.”

Next: This star said her character wanted to go.

It’s normal to outgrow a role and it seems like Sandra Oh felt like she had along with her character, Dr. Crisitina Yang.

Next: This actor left for a leading role.

The actor left the show in Season 9 to star in The Last Ship. “Grey’s Anatomy is a world … it’s not about any one individual actor and the storylines were sort of … you know, heading in different directions. So it was an opportunity for me to go and I was interested in something different,” he told Entertainment Weekly.

Next: This actor left after multiple bad things happened while working on the show.

T.R. Knight and former co-star, Isaiah Washington made headlines because Washington called Knight a homophobic slur. After that, Knight decided to come out, which he claimed Shonda Rhimes tried to discourage him to do so close after the scandal, according to CNN.

His character, George O’Malley, then went back to the show in Season 4 but he wasn’t really included much at the beginning of Season 5. He claimed this was when he realized it was time to move on.

Next: This actress was dropped for this reason.

Next: This actor wanted control over this one thing.

The TV star was on the show from the very beginning, playing a surgeon who falls for Meredith Grey. But that love story shockingly came to an end because Patrick Dempsey left the show. Apparently, it came down to wanting a different schedule.

“I think after a certain period of time, no matter how much money you make, you want control out of your own schedule,” he told People.

Next: This actress left for her own show.

Shonda Rhimes created the spinoff, Private Practice, focusing on Kate Walsh’s character, Dr. Addison Montgomery. The actress had multiple emotions when Rhimes brought it up with her.

“I was shocked and excited and mostly just totally blown away,” Walsh told BuzzFeed. “Then I was nervous, like, ‘Wait, really? Why me?’ But mostly I was just thrilled because it totally felt like the right thing. I was so flattered and honored that they would think of my character to take off for greener pastures.”

Next: This actor’s character was dropped from the show.

Gaius Charles played one of the newer doctors introduced in Season 9, but he wasn’t asked to return in Season 11. There didn’t seem to be any drama behind this move. He just wasn’t a character that was chosen to go any further.

Next: The actress left the show after publicly dissing it.

The member of the original cast left on bad terms considering she withdrew from contention for the Emmys. She also was open about wanting more time focused on her character considering she previously won an Emmy. So it wasn’t a shocker that Dr. Izzie Stevens was written off the show.

Rhimes later used the actress’ name as an insult by saying “There are no Heigls in this situation,” to The Hollywood Reporter in an interview.

Next: This actress was also let go by the show.

The actress played one member of the new generation of doctors that came into Season 9 named Dr. Leah Murphy. She put a wedge in Callie and Arizona’s marriage, but the drama wasn’t enough to keep the character going into Season 11.

Follow Nicole Weaver on Twitter @nikkibernice.
Read more: The Original Cast of ‘Grey’s Anatomy’: Where They Are Now and How Much They’re Worth, Revealed
Check out The Cheat Sheet on Facebook!