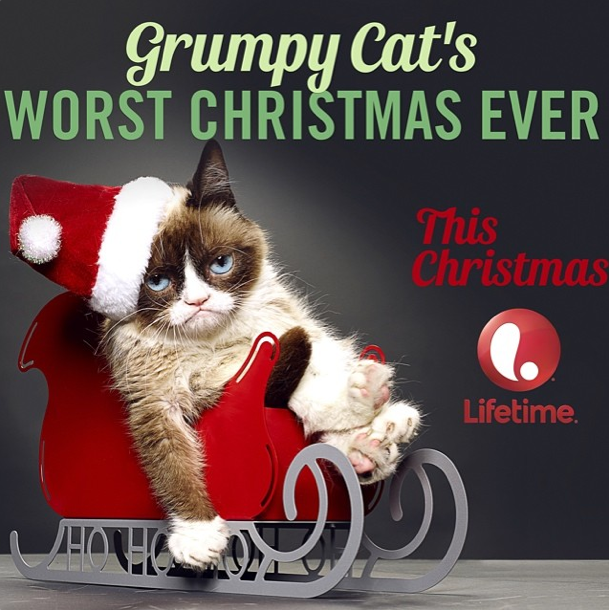 The feline subject of an extremely popular Internet meme known as the Grumpy Cat will be starring in her own Lifetime movie this Christmas titled Grumpy Cat’s Worst Christmas Ever. The announcement comes from The Hollywood Reporter and the official Instagram account of Grumpy Cat posted an image of Grumpy Cat in a sleigh wearing a Santa hat to promote the film on Wednesday.

The cat, who’s real name is Tardar Sauce, rose to fame after pictures of her and her very grumpy-looking face began circulating online. Her owner, Tabatha Bundesen, says that the expression is caused by feline dwarfism and that Tardar Sauce actually has a pleasant temperament. The cat has become so famous that it has a full-time manager, a line of branded products sold at various retailers, a New York Times best-selling book, an endorsement deal with Friskies, and made an appearance at last year’s South by Southwest Interactive.

The Hollywood Reporter said that the script will be written by Jeff Morris and SpongeBob SquarePant’s Tim Hill. The story will see Tardar Sauce playing a pet store cat that is repeatedly overlooked by potential owners and a 12-year-old girl who can communicate with her. “It brings a fun and irreverence that we haven’t had at Lifetime,” the network’s vice president of original movies Arturo Interian told the publication. “We’re so known for our heartfelt sentimentality that it will poke fun at those stereotypes.” Interian also said that his teenage daughters are fans of Grumpy Cat and gave him the idea for the project.

To further push back against the Lifetime movie stereotype, Interian described the movie as “a little Home Alone and a little Die Hard.” He said the network is at work on casting the voice of Grumpy Cat and the film, which will feature cameos from other Internet memes, will begin shooting this summer. 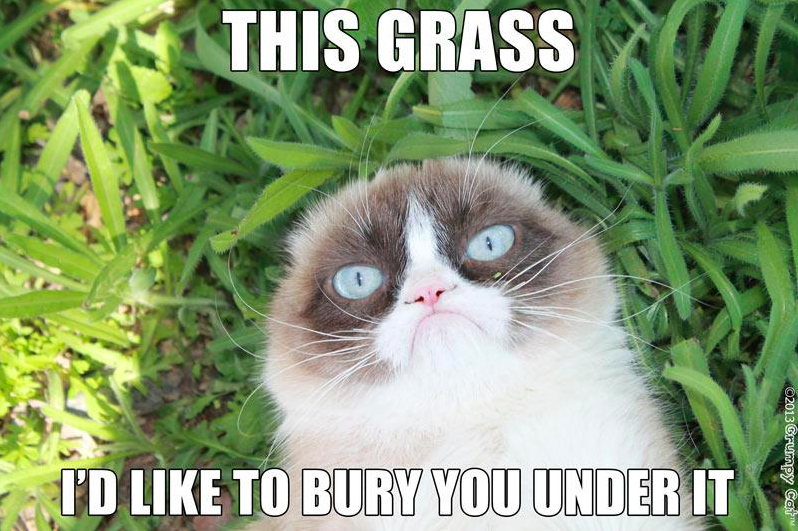 The Hollywood Reporter also spoke to Grumpy Cat’s manager Ben Lashes — who apparently has made a career of managing cats that have risen to fame via the Internet — about the project. Lashes said that Lifetime is “the perfect venue” for Grumpy Cat and that he has some high hopes that Grumpy Cat’s Worst Christmas Ever could become a new holiday tradition. “When I go home for Christmas, there are movies that we always watch,” he said, per The Hollywood Reporter. “It becomes a tradition. I like that aspect of Christmas movies.”

This is the second film deal for Tardar Sauce, who had been planning a Garfield-inspired collaboration with Broken Road productions last year that ended up falling through.

Tardar Sauce lives in Phoenix with Bundesen, who was able to take a leave of absence from her job at Red Lobster in order to manage the cat’s schedule after the Grumpy Cat meme exploded. Most of the cat’s time is spent in Phoenix, though she does travel to make appearances at various events and do press. According to New York Magazine, as of last fall Grumpy Cat Ltd. was worth over $1 million.

Should the film prove successful it could gain Lifetime a very different audience than usual and further grow Grumpy Cat’s brand.