GTA V Halloween Update: All the Spooky Awesome Things to Do 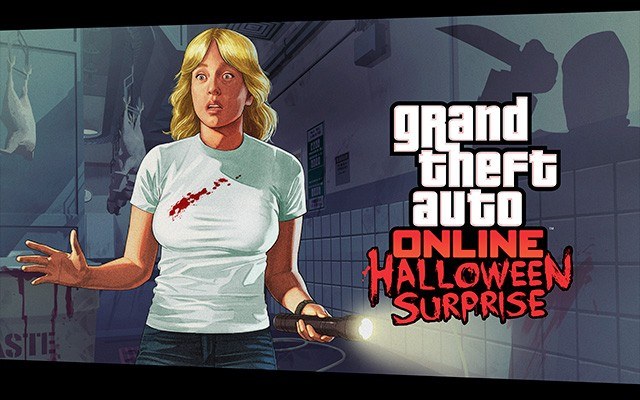 Grand Theft Auto V may have its flaws, but one thing you can’t complain about is its new content. In recent weeks, it has rolled out a new system for live events, a terrific lowrider update, and now, a limited time Halloween set of skins, games, and more.

In the update you’ll have access to new lowrider bobbleheads, apparel, adversary modes with a creepy theme, new cars, and a bunch of masks and face paint options for your gun-wielding trick-or-treat massacres.

The only bad news is that, as with most upcoming content, the Halloween update is only for current-gen consoles, so the last generation will not be seeing any of this stuff. If you’re stuck on a 360, you’re just out of luck.

But if you’re on PS4 or X-Box One, from now to November 16 a bunch of cool stuff is available. And anything you buy between now and then will remain in your inventory, even after the celebrations have ended. Here’s what’s in store for you: 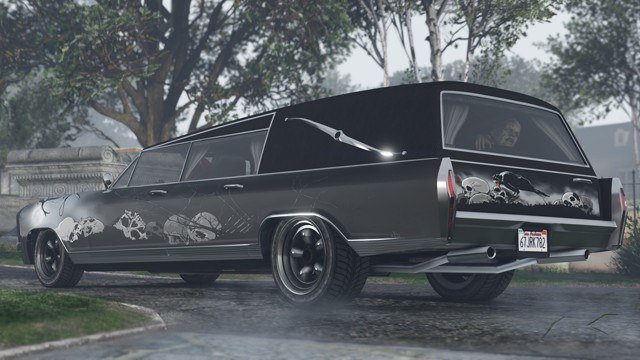 Seeing strange thing happen in a Grand Theft Auto game is not rare, between the game physics and the number of players trying to push limits on explosions and stunt jumps. But one thing that will definitely be a new experience is the sight of an undead creature writhing in the back of a hearse.

The Lurcher, which we can only assume is a reference to the Addams Family’s beloved butler, comes complete with a charming Franken-creature waving from the back. The car itself drives terribly and seems to be a death trap in races, but since there’s already one dead body in the car, why worry about making it two? 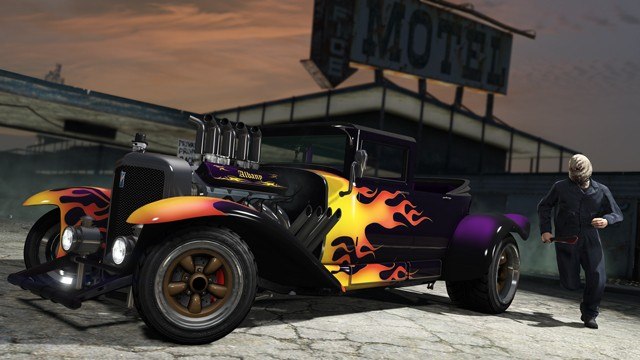 Somewhere between the iconic car of The Munsters and The Addams Family is this pimped out rockabilly ride. Flames and old school angles show off the sporty side of one of the two new vehicles built for eye-catching during all the slasher action in Los Santos.

It should be noted as well that, while these aren’t low riders, there are also some 20 bobbleheads available to be added to your dashboard with fun Halloween themes, should you want to carry around a piece of the action year-round. 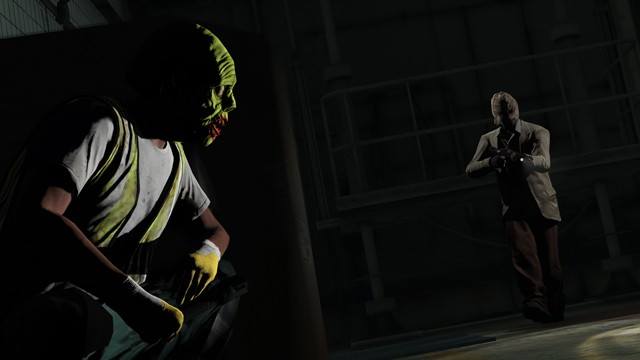 There are already some pretty scary masks in the heist and general world inventory in this game, but visit Vespucci Movie Masks to see a whole new horrifying section dedicated just to Halloween.

Classic monsters are there, and though the holiday may be short-lived, GTA doesn’t really reward you for putting your decorations away. It’s the one world where your inner child can kill bystanders and wear your Halloween costume year-round. 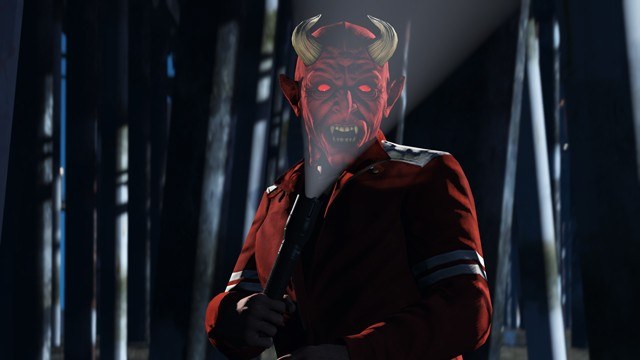 This is the one we all wanted to see, and it seems to work really well. In Slasher, you’re either the slasher hunting down your prey, or one of the seven-person team of survivors trying to outlast and survive the killer.

The lights go down, and you’ll likely struggle to see at all without a flashlight on. Other areas have more light, at the cost of your ability to hide.

From what we’ve seen, it’s fun, although they could have given the slasher himself more health and perhaps a machete. The hunted were able to kill the slasher a few times, though he’s definitely better armed than his prey.

We’re hoping this mode stays around after the season is over. Maybe they’ll add more versions of it if it’s popular enough. The maps are large and interesting, and since you’re not required to work with a team, there’s something to be said for using others as a meat shield.

After all, the best way to survive a horror movie is to let your friends die first.