Director James Gunn has said that Guardians of the Galaxy Vol. 3 will be the last film to feature the current lineup of Guardians, but it sounds like Rocket may be living on past the upcoming third installment.

According to MCU Exchange, while recently speaking at Hasbro HasCon, James Gunn said that viewers would be getting Rocket’s origin story in upcoming movies.

Rocket Raccoon in Guardians of the Galaxy Vol. 2. | Marvel

The key phrase there, of course, is “coming sagas.” Gunn could just be referring to the three films that Rocket has been confirmed to appear in: Avengers: Infinity War, the untitled fourth Avengers film, and Guardians of the Galaxy Vol. 3. But Gunn’s language certainly makes it sounds like Rocket’s role will be more expansive than this and that he might live on with the Guardians after Vol. 3.

It’s possible, then, that there will be more Guardians movies after Vol. 3 and that some members of the team will stay on while others will not. Marvel Studios has never before made two sequels to a film besides The Avengers, though, so it’s also possible that the Guardians will just show up in the team up movies like The Avengers. 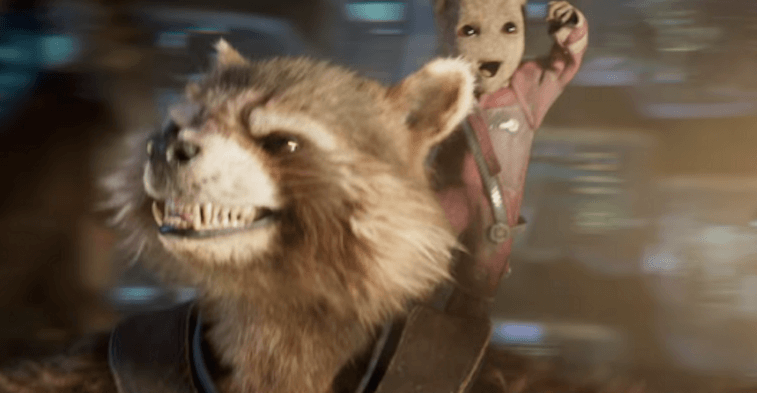 Rocket and Baby Groot in Guardians of the Galaxy Vol. 2. | Marvel

There has also been some speculation that members of the Guardians could get their own spinoff movies, and there could therefore be a film all about Rocket and Groot in which we learn Rocket’s origin. This would be a reverse of the Avengers formula; with that film, a series of standalone movies about different characters lead up to film of them joining forces, but with Guardians, things would start with them joining forces and end with them being split off into standalone adventures.

That’s pure speculation, though, and it’s possible Gunn just meant that we’ll learn more about Rocket in the upcoming Avengers movies and/or in Guardians of the Galaxy Vol. 3. Nobody really knows what comes after that, as Marvel has intentionally not revealed much about the fourth phase of their cinematic universe. However, Gunn recently confirmed that Guardians of the Galaxy Vol. 3 will be released in the summer of 2020.